Ongoing reporting from the Tel Aviv Stock Exchange: the important updates, the prominent stocks, the bonds and the analysts’ updates

14:15 – The declines in the stock market were erased against the background of the positive trend in world markets. The Employment Service also announced that since the opening of the economy, the number of daily returns to work from the new registrants has doubled.

12:05 – Infimer erases 0.5% in a huge turnover (after jumping 20% ​​at the beginning of trading) – last night it jumped 54.3%. As mentioned, the Israeli public recycling company has signed a memorandum of principles for the purchase of the entire shares of the Dutch agro-tech company Future Crops in exchange for an allotment of 74% of its share capital. This is what Calcalist learned.

10:55 – Decreases in banks: Discount was cut by 1.6%, Leumi by 1.5%, Mizrahi Tefahot and Poalim by 1.2%. In the background, a reduction in manpower: Discount is expanding the voluntary retirement plan by an additional 200 employees – a total of 500 employees will retire from the bank under the program, whose total cost is expected to be NIS 367 million. Bank Hapoalim is also carrying out a voluntary retirement plan during this period, and other banks have reduced their workforce.

10:40 – The Generation Capital Fund and Migdal will become the controlling owners of the desalination plant in Palmachim – the fund, which operates under the GES company, will acquire ownership of the desalination plant. The purchase will be made together with Migdal, with the holdings being divided so that GES will hold 51% and the rest will be held by Migdal. Generation Capital shares are up 2%.

10:30 – Apollo Power soars by 6% after the agreement between the subsidiary SolarPaint and Mey Hof HaCarmel entered into force for the construction of a floating solar pilot for a sum in the range of NIS 450,000-600,000.

Apollo Power has announced that to the best of the company’s knowledge, Hof Hacarmel Water is an agricultural cooperative owned by 19 agricultural communities in the Hof Hacarmel area, which mainly supplies water of various types to agriculture and owns several water reservoirs, a sewage recovery plant and several solar power plants. water.

As part of the pilot, SolarPaint will build a floating solar facility that integrates the sheet, on one of the water reservoirs managed by Hof Hacarmel Water. The amount of the final consideration will be determined by the supplier of the facility that will be actually installed according to the Hof Hacarmel water announcement, and this will be paid after the installation is completed and the facility meets certain tests for 90 days from its integration into the electricity grid. The construction period of the facility is estimated at about five months.

10:00 – Declines in trading after the red lock last night in New York: The TA 35 index weakened by 0.3%, as did the TA 125. Solgarin jumps by 7%, the renewable energy company has signed agreements to purchase solar assets in Italy for hundreds of millions of shekels. More in the opening: Energian rises 1.8% at the top of the flagship index. Ofco at the bottom of the index – down 1.8%. Electraion climbs 1.8% at the top of Tel Aviv 90. 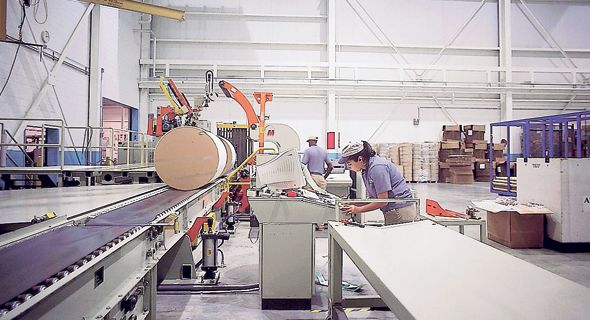 9:00 – The renewable energy company Solgreen reported its first significant entry into the international markets – the company signed agreements for the purchase, improvement and refinancing of existing solar properties in Italy for NIS 172-144 million.

8:30 – The Tel Aviv Stock Exchange will open the third trading day of the week after the sharp declines recorded yesterday on Wall Street, against the background of fading hopes for an American aid program soon. The Dow Jones industrial average fell 1.4 percent, the S&P 500 lost 1.6 percent and the Nasdaq fell 1.7 percent for the fifth consecutive daily decline.

Trading in Tel Aviv closed yesterday in a negative trend. During most of the day, the leading indices recorded gains, and towards the close of trading, declines in the background against a similar trend in world markets.

The TA 35 index weakened by 0.3%, the TA 125 retreated by 0.1%, the banks index fell by 2% while Discount led the negative trend and fell by 4.4% in the second round on the stock exchange – NIS 87.7 million, compared to a daily average Of NIS 40.9 million in the Discount share last month. Elbit Systems climbed 0.3% with a huge turnover of NIS 129.7 million – the highest on the stock exchange and compared to an average daily turnover of NIS 27.8 million in this share last month.

Highlights also stood out in high cycles – Kamhada soared by 8.2% after reporting an agreement to supply antibodies to Corona with the Ministry of Health, Infimer soared by 54.3% against the background of a memorandum of principles for the acquisition of a Dutch agro-tech company. 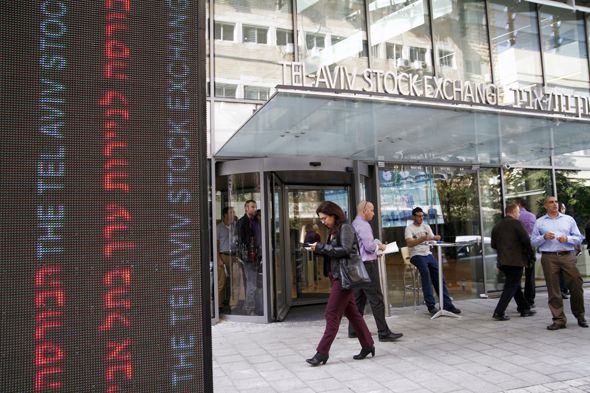 *The article has been translated based on the content of Source link by https://www.calcalist.co.il/markets/articles/0,7340,L-3863031,00.html
. If there is any problem regarding the content, copyright, please leave a report below the article. We will try to process as quickly as possible to protect the rights of the author. Thank you very much!

These were the details of the news The declines in the stock market were erased; Banks in... for this day. We hope that we have succeeded by giving you the full details and information. To follow all our news, you can subscribe to the alerts system or to one of our different systems to provide you with all that is new.

PREV After filling its reserves: Moscow may resume spot gas sales
NEXT Bitcoin exceeds $ 61 thousand.. and anticipation of the first US...