Rear extension: The Megane sedan, known in Israel as the Grand Coupe, landed here three and a half years ago as a replacement for the Fluence, and it also succeeded mainly with a super economical and unique turbo-diesel engine in the category. The old engine (1.5-liter, 115 hp) also remains in the new, as does the supercharged petrol engine (1.33-liter, 140 hp), both with a seven-speed dual-clutch transmission.

In Europe, Renault will offer the Megane with a modest supercharged petrol engine – three-cylinder with 115 hp, but it will be offered only with a manual transmission and therefore will not reach us. A hybrid-rechargeable version that allows 50 km free of pollution and is located in the hatch Beck and the station wagon, will not be offered in the sedan.

The driver environment has been upgraded in the senior versions among other things with a larger digital dashboard (10.2 “vs. 7”), a larger touchscreen than before (“9.3 vs. 8.7”) at a higher resolution. Modest appearance change and includes different lighting units and front bumper, a pair of simulated exhausts and different rims. 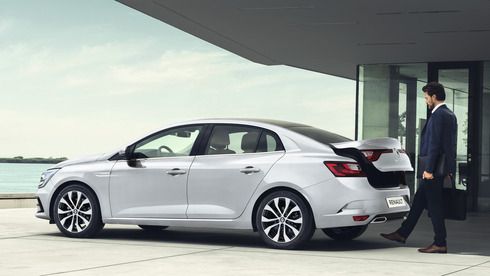 What we think: Renault Megane is not vying for the best title in the category, as it is not adapted to threaten the hegemony of the Toyota Corolla and Skoda Octavia. But it was definitely a good alternative for them with an advantage in terms of comfort and a super-economical diesel engine. Two features that made it a favorite for high-end annual passenger manufacturers. And so it will be after the last update. Strange to us however we sang and gave up a hybrid-rechargeable unit that might have made it a hit.

These were the details of the news The Renault Megane sedan has been revamped, but still without a... for this day. We hope that we have succeeded by giving you the full details and information. To follow all our news, you can subscribe to the alerts system or to one of our different systems to provide you with all that is new.

PREV Major Aluminum Alloy Market Covid-19 Impact Analysis, Trends And Forecast to...
NEXT Gold rises with anticipation of US inflation data and the Federal...