Carbon dioxide (CO2) is the main contributor to global warming. After the gas is released into the atmosphere, it stays there, making it difficult for heat to escape – and thereby warming the planet.

It is released primarily from burning fossil fuels such as coal, oil and gas, and from cement production.

As of April 2019, the average monthly CO2 concentration in the earth’s atmosphere is 413 ppm. Before the industrial revolution, the concentration was only 280 ppm.

The concentration of CO2 has fluctuated between 180 and 280 ppm over the past 800,000 years, but has been accelerated significantly by human-made pollution.

The gas nitrogen dioxide (NO2) comes from the burning of fossil fuels, car exhaust emissions, and the use of nitrogen-based fertilizers used in agriculture.

Although the atmosphere contains far less NO2 than CO2, it is between 200 and 300 times more effective at trapping heat.

Sulfur dioxide (SO2) also comes mainly from burning fossil fuels, but can also be released from car exhaust.

SO2 can react with water, oxygen, and other chemicals in the atmosphere, causing acid rain.

What is particulate matter?

Particulate matter refers to tiny pieces of solid or liquid materials in the air.

Some are visible, e.g. B. dust while others are invisible to the naked eye.

Materials like metals, microplastics, soil, and chemicals can be fine dust.

Particulate matter (or PM) is described in micrometers. The two most important ones mentioned in reports and studies are PM10 (less than 10 microns) and PM2.5 (less than 2.5 microns).

Scientists measure the amount of particles in the air in cubic meters.

Particulate matter is released into the air by a number of processes, including burning fossil fuels, driving cars, and making steel.

Why are particles dangerous?

Particles are dangerous because they are less than 10 microns in diameter and can get deep into your lungs or even get into your bloodstream. Particulates are found in higher concentrations in urban areas, especially along main roads.

What health problems can pollution cause?

One third of deaths from stroke, lung cancer and heart disease can be linked to air pollution, according to the World Health Organization.

Some of the effects of air pollution on the body are unknown, but the pollution can increase inflammation, causing arteries to narrow, causing heart attacks or strokes.

In addition, almost one in ten cases of lung cancer in the UK is caused by air pollution.

Particles find their way into the lungs and get trapped, causing inflammation and damage. In addition, some chemicals in particles that enter the body can cause cancer.

Every year around seven million people die prematurely as a result of air pollution. Pollution can cause a number of problems, including asthma attacks, strokes, various types of cancer, and cardiovascular problems. 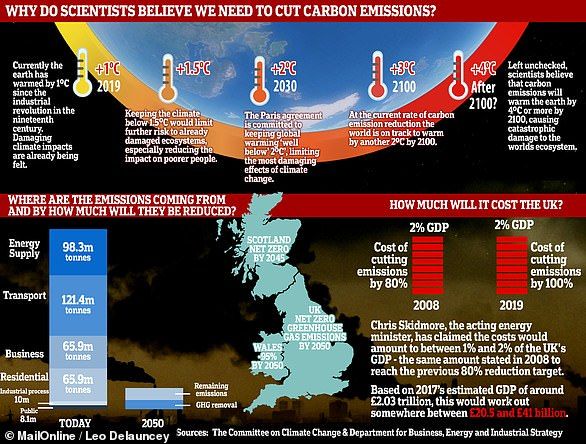 Air pollution can cause problems for asthmatics for a number of reasons. Pollutants in traffic fumes can irritate the airways, and particles can get into your lungs and throat, igniting those areas.

Women who were exposed to air pollution prior to pregnancy are nearly 20 percent more likely to have babies with birth defects, research in January 2018 showed.

A study by the University of Cincinnati found that a month before conception, women lived within 3 miles of a heavily polluted area to give birth to women with defects like cleft palates or lips.

With every increase in fine air particles by 0.01 mg / m3, the birth defects increase by 19 percent.

Previous research suggests that this causes birth defects when women suffer from inflammation and “internal stress”.

What is being done to combat air pollution?

The Paris Agreement, first signed in 2015, is an international agreement to control and limit climate change.

The UK government has announced plans to make the country climate neutral by 2050.

They plan to do this by planting more trees and installing carbon capture technology at the source of the pollution.

Some critics fear that this first option will be used by the government to export its carbon offsets to other countries.

With international emission allowances, nations can continue to emit carbon while paying to have trees planted elsewhere to offset their emissions.

No new gasoline or diesel vehicles until 2040

In 2017, the UK government announced that the sale of new gasoline and diesel cars would be banned until 2040.

However, the members of the climate committee have asked the government to bring the ban forward to 2030, as by then they will have an equivalent range and an equivalent price. 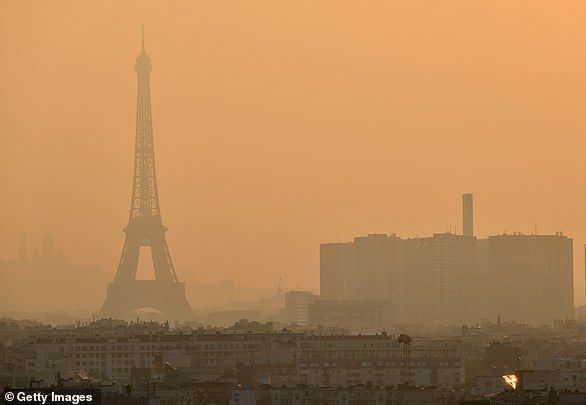 The Paris Agreement, first signed in 2015, is an international agreement to control and limit climate change. Pictured: Air pollution over Paris in 2019.

The rapid electrification of the Norwegian car fleet is largely due to generous government subsidies. Electric cars are almost completely exempt from the high taxes that are levied on gasoline and diesel cars, which means they are offered at competitive prices.

Criticism of inaction on climate change

The Committee on Climate Change (CCC) said there was a “shocking” lack of government preparation on the risks of climate change for the country.

The committee assessed 33 areas in which the risks of climate change needed to be addressed – from flood resistance of properties to impacts on farmland and supply chains – and found no real progress in any of them.

Britain is unprepared for a 2 ° C warming, the level at which countries have pledged to stem, let alone a 4 ° C rise, which is possible if greenhouse gases are not cut globally, said The committee.

It added that cities need more green space to stop the urban “heat island” effect and prevent flooding by soaking up heavy rainfall.

These were the details of the news ‘Gas Gating’ mechanism designed to continuously draw CO2 from the exhaust... for this day. We hope that we have succeeded by giving you the full details and information. To follow all our news, you can subscribe to the alerts system or to one of our different systems to provide you with all that is new.

NEXT Why is “long-term Covid” a bigger problem than we think?