A new disappearance was reported by the pioneers of social media, claiming that the student of Alexandria, Farah Samaha, was kidnapped after her disappearance for 72 hours, so that criminal investigation officers could find the girl, and the story was turned upside down, after the teenage girl confessed that she ran away from her family home willingly, in attempts From her to escape from her family’s oppression and their cruel dealings with her.

She confirmed that she had related to a famous tik tok in Cairo named “Ahmed”, which prompted her to leave her family’s home and flee to him.

In the following lines, Hen reports the full story of the disappearance and return of Farah, the Alexandria girl

“I followed the voice of this girl’s mother for a while on WhatsApp, and the real mother is in a deplorable state, and every one is hoping to help her with whoever he is able to. Please try to refer the post to what they are able to do, and every one goes around the area in which he lives and asks, Farah Ibrahim Samaha, a student in the second of my preparation, disappeared “… with those words, the pioneers of social networking sites began to participate in the post, claiming that the fatwa had disappeared, and demanding to search for it.

Al-Rowad added: “Farah Fathallah went to Zaki Ragab branch in Smouha Alexandria on the evening of Monday, October 5, 2020, and then it was a pharmacy on Fawzi Moaz Street while crossing the street, the last time the cameras filmed her and from that time she disappeared.”

And immediately, the post became widely circulated on social media platforms, accompanied by the image of the girl, looking for her.

The student’s family issued a report at the Sidi Gaber Police Department, bearing No. 10270 of 2020, the administrator of Sidi Gaber, stating that she was absent from home, after she went out to buy some supplies.

The girl’s mother … got strangled before the disappearance

In the context of the search for “Farah”, her mother mentioned in the prosecution’s investigations that an altercation occurred between her and her daughter on the day of her disappearance. Then, when it became clear that she was not in the residence, and examined the surveillance cameras installed in it, it became clear that she left in the early hours of this day.

The sister of the girl who was absent during the investigations of the “Public Prosecution”, explained that the aforementioned was in contact with some through social media, including a boy who kept communicating with him, through one of the applications of those sites, noting that it became clear to her that she changed her sister’s account data on the aforementioned site after her absence.

The girl was found in Cairo after 72 hours

After 3 days of searching, criminal investigation officers were able to find the student Farah Samaha, after she was absent from her family’s home in Smouha for 72 hours.

A security source said that investigations are still continuing about the incident, pointing out that the student was found and returned to her family.

In an official statement, the Ministry of the Interior denied allegations that some pages circulated on the Internet about the multiple cases of disappearance of girls in Alexandria.

The ministry confirmed that the incident is summarized in a report by the family of a student in a school of being absent from home, and the aforementioned report is currently being examined, in reference to a student Smouha.

According to the investigations, the student went out of the house after a family dispute with her family, and was absent and has not returned since her departure, and her photo was published on the social networking sites “Facebook”; In order to search for it or try to access it.

A statement issued by the Attorney General’s office revealed the circumstances of the absence of a girl in Alexandria Governorate, after her father submitted a report to the security services, last Tuesday.

Counselor Hamada El-Sawy, the Public Prosecutor, ordered an investigation into the news that the Monitoring Unit had monitored about the kidnapping of a number of girls in Alexandria Governorate for the purpose of trafficking in their human organs.

The Public Prosecution revealed that what was circulated about the allegation of the kidnapping of girls was invalid. With the aim of trafficking in their organs, and that the truth of the incident was to inform a father, last Tuesday, of his 13-year-old daughter’s absence since the day before the report.

The girl reveals the reason for her escape .. Baba hit me with the tree, and Ahmed took care of me

During the first appearance after her return, student Farah Samaha, in the second year of middle school, who had been absent from her home for 3 days, after arriving at her after a 72-hour disappearance, said that she had traveled voluntarily to the capital Cairo to meet a famous TikTok application.

The student added, during a video clip, after the criminal investigation officers found her, which by her absence caused great tension in the Alexandria governorate: “I had a cramped exercise in the Olympic Club, and Mama was correcting me and killing her, I am broken and not running.”

And she continued: “Mama threatened to hit me with a wooden stick and tell Baba, and this did happen, and they hit me hard, so that I walked.”

And the girl went on: “I knew someone named Ahmed from the tuk-tuk, and someone was interested in me and Bessamali. I went to Cairo with a gossip, but there I met one named Amr Radwan who made it difficult for him and took me to his family, these days.”

Al-Watan obtained the first pictures of the meeting with the student and her family, after they were found by criminal investigation officers.

The pictures showed the stray girl’s features, and her mother and father embrace and kiss her, in a family scene. 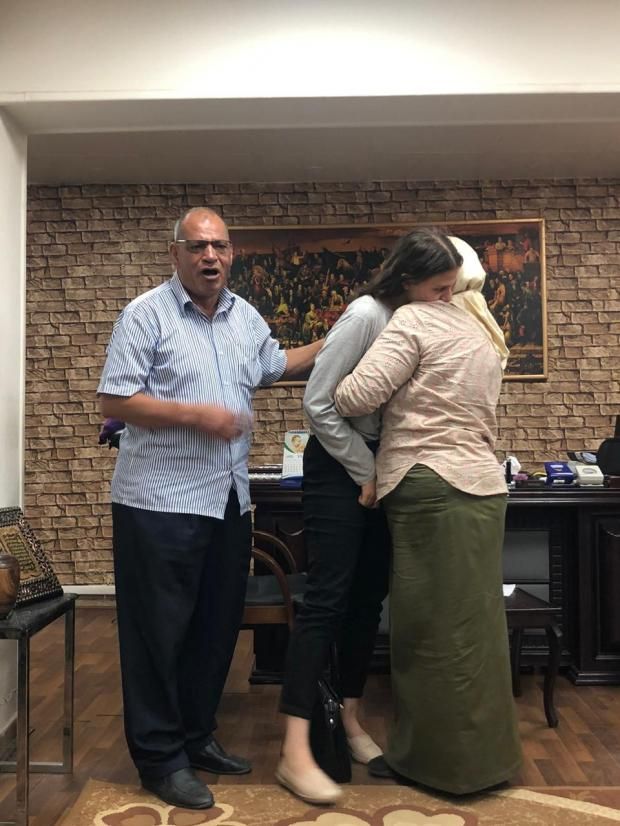 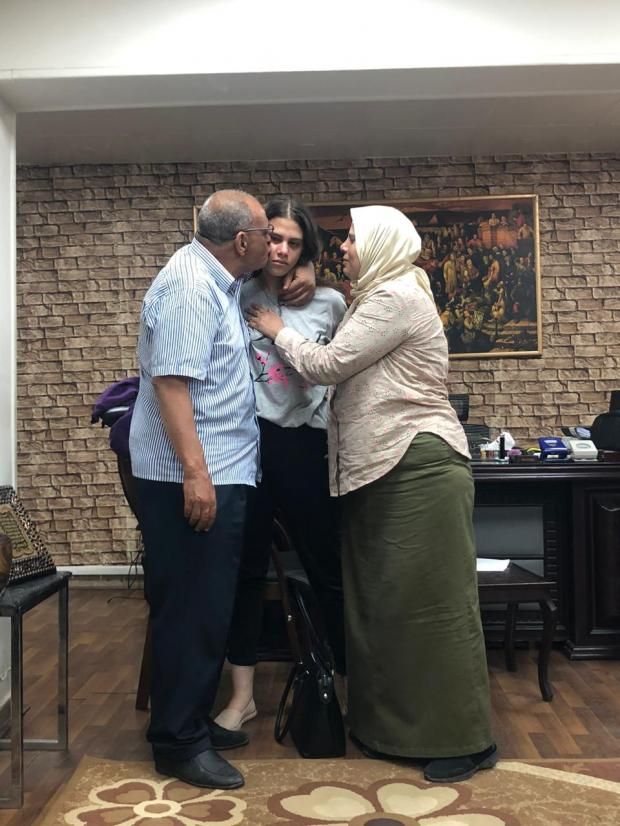 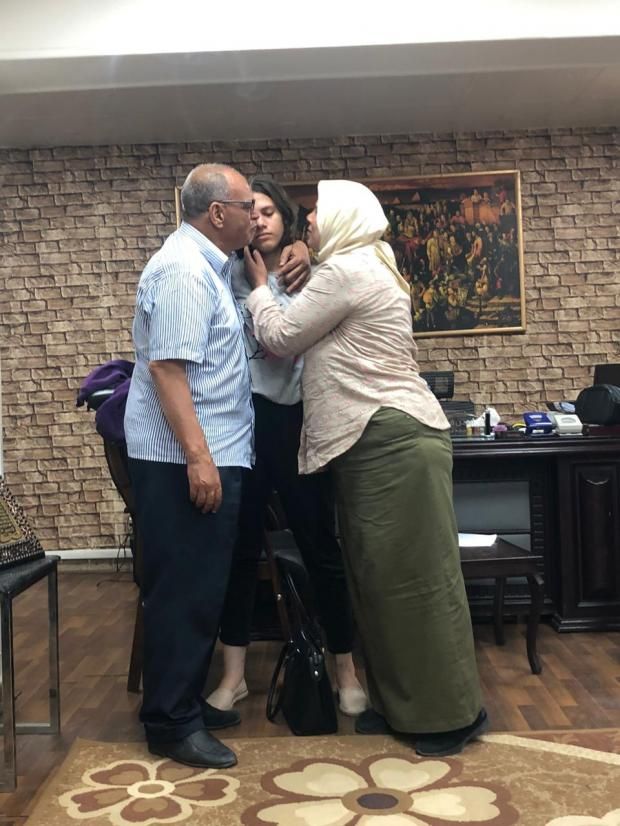 Farah’s father talks about the incident

Dr. Ibrahim Samaha, Farah’s father, said that his daughter “sees herself as a little, stubborn and displaced,” and she has a brother who suffers from autism, and she does not want anyone to know about it.

Samaha added, in a telephone interview with the journalist Sherif Amer on the program “Happening in Egypt,” broadcast on MBC Egypt: “On the day of her mother, she answered her from the lesson, and her brother abstained in it, and Farah was upset and took on rigid, and she forgot. This position is pure, because she tells her classmates that he is a student in the College of Engineering. ”

Farah’s father pointed out that this incident caused an increase in differences between Farah and her mother: “She was hitting her brother, and her mother knew her word, and the girl insulted her and provided her, so her mother beat her.”

Samaha pointed out that when he tried to wake Farah in order to pray Fajr, he did not find her, and found the door open, which prompted him and his wife to search for her in the street: “I got off at 1:50 minutes and we made a report after 24 hours, and the relevant agencies dealt with us with the utmost respect.”

These were the details of the news Baba hit me with the wood, and Ahmed took care of... for this day. We hope that we have succeeded by giving you the full details and information. To follow all our news, you can subscribe to the alerts system or to one of our different systems to provide you with all that is new.

PREV He fabricated the incident to postpone his client’s session.. the Ministry...
NEXT Coordination of private universities| Do the lower limits decrease in...