Thank you for reading the news about Dubai's Saad Shehzad releases ... and now with the details 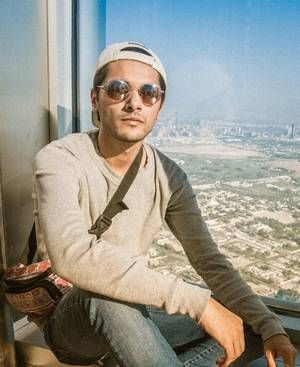 Aden - Yasmine El Tohamy - WHILE TRADITIONAL LIVE performances have understandably been out of the question since the Covid-19 pandemic swept the world, musicians' online clicks and downloads have, on the whole, witnessed a notable increase. A March 2020 statista.com survey noted US YouTube viewership alone look set to increase 64 per cent in the following month as #StayHome measures were set in place. What better time then for UAE musician Saad Shehzad, real name Saad Yunus, to digitally release his debut extended play record?

Titled Epilogue, the three-track alternative rock work looks to transport the listener from a state of inaction to one of dynamism. In the official promotional material Shehzad's piece is described as being 'about the fear of being content in life - when you grow out of a relationship and find yourself going in circles. It's a story of being too comfortable in a transitional phase, and echoes the struggle of moving past it in search of the next destination.' The trio of compositions called, Winds, Buoyant and Paper Boats, represent the stages of gaining control. 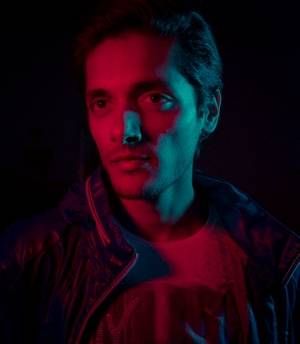 Partly drawing on his Indian ancestry, Shehzad overwhelmingly credits birthplace Dubai as a major musical influence. The city's confluence of cultures and characters has been an invaluable source of inspiration not only in producing Epilogue, but also in the artist's day job as an advertising agency content producer and short filmmaker.

"One thing that has been a huge driver in getting me to this point though is a close friend and supremely talented producer whom I have only known through living in Dubai," Shehzad said. "He heard my rough demos and instantly told me he wanted to produce them, and the passion that we both shared for this was a beautiful and incredible experience.

"I think my music is filled with the things I don't want to say, but find the strength to say them through singing," Shehzad added about the songwriting process. "Emotionally I wasn't too expressive growing up, but writing my thoughts really helps me to normalise what I feel."

Shehzad not only cites Brit-pop as cornerstones of his musical education, but his father's amateur band career provided the early impetus to pick up a guitar.

"My dad asked me to make a karaoke version of these songs, which was sweet but I really don't want to hear him sing it better than I do!" he said. "These aren't the most complex songs I've written, but the story and passion behind the journey is very genuine.

"I was never comfortable baring my emotions or letting myself be vulnerable. But when I went though a rough patch, I used music to express what I feel and at many points it gave me clarity and a lot of answers."

Shehzad's projection for his career begins with opening for a band in Dubai at one of the world-class shows, for which the UAE is renowned, once they restart. In the meantime, a humble appeal for people to simply take a look at his output, he said, would enormously aid the effort to become a name on the scene.

"The best form of feedback for me is finding out that people are listening in their day-to-day lives. It really means a lot to be part of their everyday journey. Listen to the songs while you're baking your banana bread!"

How are you coping with the current worldwide pandemic situation?

"It's a tricky situation but I'm lucky to be safe with my family and spending more time with them, and grateful to be able to continue my job from home. I wouldn't say this is a great time with everything that's happening, but it gives me a lot more time to create art. I've been writing a lot. I've recorded five new demos during lockdown and I intend to finish writing these in the coming weeks. There's also those days where I watch 22 episodes of The Office but hey, it's all for inspiration! Once things improve the next step is to make some music videos for these songs - it would be a shame for a filmmaker to not have videos for his own songs - so look out for those in the coming months!"

Listen to Epilogue here: https://saadshehzad.hearnow.com. It's currently available on Spotify and Deezer, and soon to be on Apple Music and a few others.

These were the details of the news Bollywood News - Dubai's Saad Shehzad releases ... for this day. We hope that we have succeeded by giving you the full details and information. To follow all our news, you can subscribe to the alerts system or to one of our different systems to provide you with all that is new.