Thank you for reading the news about Gulabo Sitabo: A languid and sweet ode to an old... and now with the details

Aden - Yasmine El Tohamy - Much like the traditional storytelling of yore, Shoojit Sircar's Gulabo Sitabo, starring Amitabh Bachchan and Ayushmann Khurrana in the lead, unravels at a deliciously languid pace. At the same time the movie, that released on Amazon Prime today, paces itself with such a delightful rhythm that you are hooked to the tale of the cantankerous landlord, Mirza Sahib and his belligerent tenant Baankey Rastogi from the word go.

Set in Lucknow, Uttar Pradesh, the story devolves around a dilapidated mansion, Fatima Mahal that is coveted by all who come in contact with it. Its crumbling exterior and paint starved walls belie the real worth of the building, which houses a motley crew of tenants who pay a measly Rs30 to Rs70 as their monthly rent.

The decrepit haveli belongs to Begum (Farrukh Jafari) a formidable woman who in spite of her aged demeanor still has her wits about her. The scene in which she asks Mirza, whether he is her lawfully wedded husband or the lover she eloped with is gold.

Amitabh Bachchan as the aged Mirza, slips under the skin of his character with such finesse with his prosthetic nose and his hunchback that you tend to react instinctively when you see him fumbling around. He, of course, is waiting for her to croak so he can finally inherit the dilapidated haveli he has been waiting to lay his hands on.

'What did you see in her,' Baankey asks Mirza at a crucial point in the movie. 'Her mansion', he says matter-of-factly. 'Then what did she see in you?' 'My youth.' The absolute confidence with which Mirza says it despite the fact that both are privy to the letter Begum has left behind explaining her actions, is so packed with utter self-belief, that you laugh out.

Gulabo Sitabo gets its name from a famous puppet show, which has two characters bickering with each other ceaselessly, much like Mirza and Baankey. Their constant skirmishes enliven their daily drudgery.

While Bachchan and Khurrana are spot on, even the women manage to leave a mark despite their sporadic appearances. Be it the Begum, reminiscing about her lost love or Baankey's sister Guddu (Shrishti Shrivastava) and her trysts behind the water tank or his girlfriend Fauzia who is forever taunting him for his lesser intellect, they all are so impactful. Sircar's women are never feeble and that is a pleasure to watch.

Vijay Raaz who introduces himself as "archaeology" and Brijendra Kala, the English-speaking lawyer stand out in a movie where every character plays his part most skillfully.

Gulabo Sitabo juxtaposes greed with sentimental attachment in such a manner that it never feels judgmental. And that is the beauty of the story. There is no moral posturing or clear-cut black and white in this story where characters are motivated by their own inner desires, be it money, a roof above their heads or a sentimental love for the place where one was born. 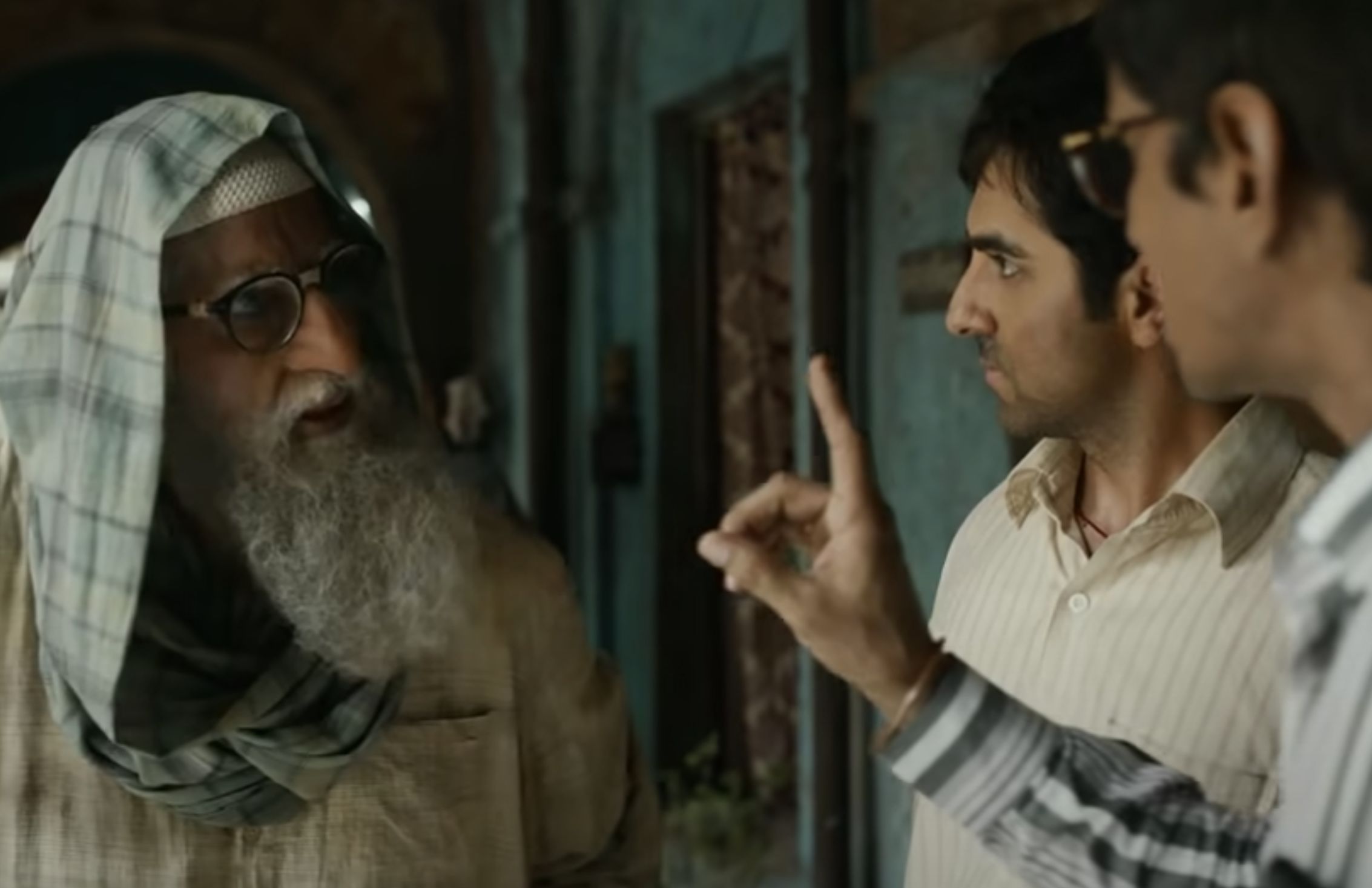 Gulabo Sitabo is a paean to a crumbling society, a way of life that's fast disappearing and subsequently the story of a mismatch of people desperately seeking to hold on to their reality. Is greed good, is a moral question, the movie often throws up at you, and much like the characters within, each motivated by their own limited selfish needs, it is a query with no definite answers.

The story no doubt centers on the consequence of greed, but it is a greed that is an inherent part of one's character and existence.

What I liked best about the movie was the concept of trying to hold on to a symbol of one's childhood, a nostalgic though perhaps impractical view of a world where one is able to act on one's sentiment. That is not a luxury that Mirza or Baankey have. While the latter has not much at stake, the former is the one who deserves our sympathy. After all he is just someone driven by his own needs, a quest for a sense of belonging or a need for material acquisition in a world, which gives great currency to money. And can one find fault with him for that? 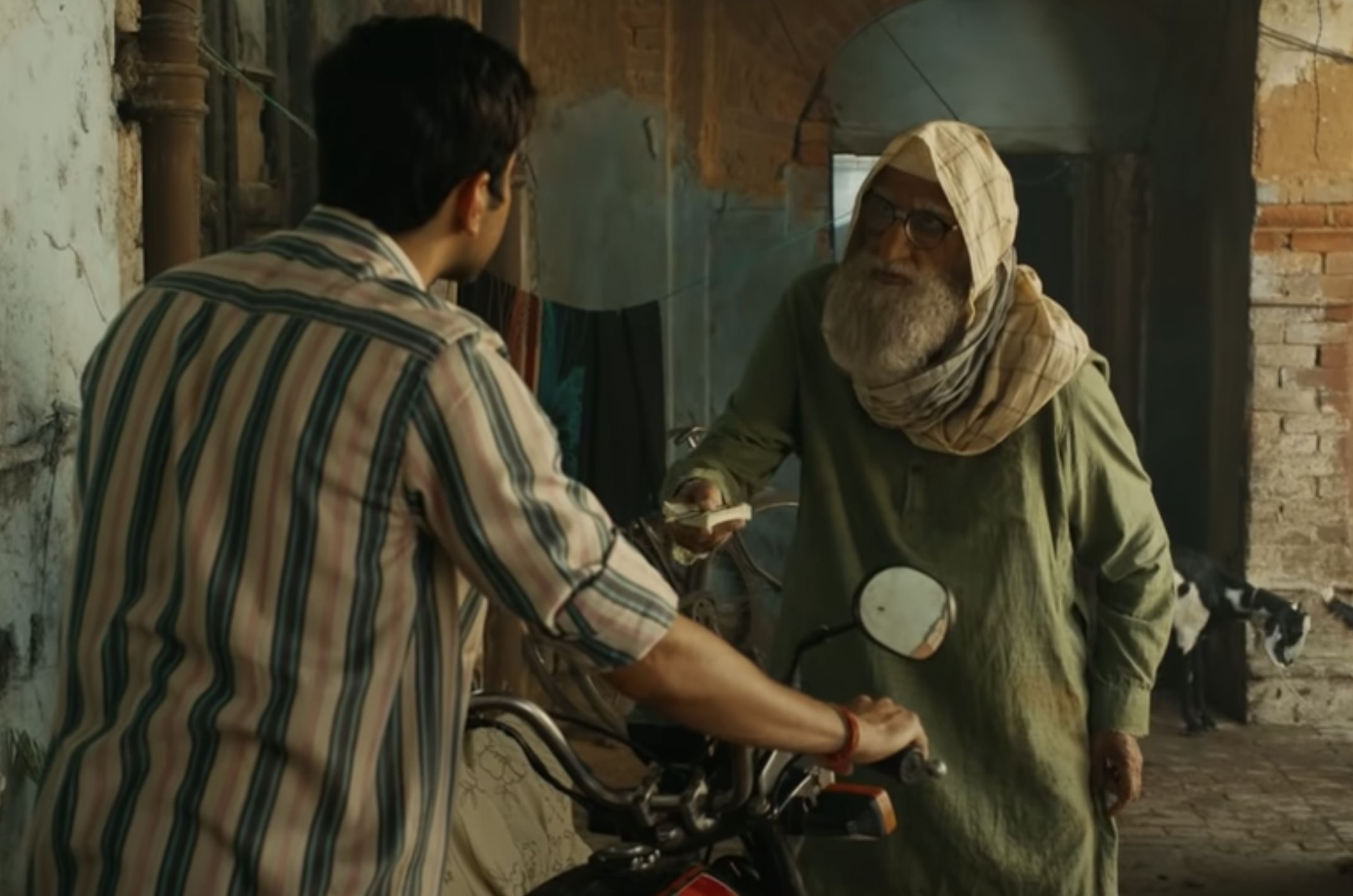 The twist in the end is so deliciously wicked, that while the irony of the situation hits you, you are left wondering if even Mirza knew the real worth of what was bequeathed to him, would it all have been too much for him to take? Because he is a man with little means and much less wants. He's unable to look beyond that - at a world fast changing where he is just a relic of the past, and while he is happy with the 10s and 20s that he can lay his hands on, lakhs is a concept that his little mind finds difficult to grasp.

In its own way Gulabo Sitabo is a tragic look at a fast disappearing old way of life and a set of people, who have no idea of the real worth of their possessions. [email protected]

These were the details of the news Bollywood News - Gulabo Sitabo: A languid and sweet ode to an old... for this day. We hope that we have succeeded by giving you the full details and information. To follow all our news, you can subscribe to the alerts system or to one of our different systems to provide you with all that is new.