Thank you for reading the news about Billions' Maggie Siff calls character Wendy Rhoades a... and now with the details 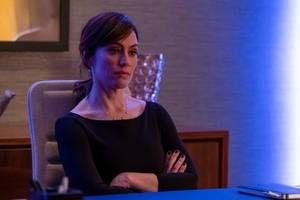 From 2016, Siff's alter ego, psychiatrist Wendy Rhoades, has been treading an equally tumultuous path in StarzPlay's monster hit Billions. Caught between her anti-billionaire U.S. District Attorney - later Attorney General of New York - husband, played by Paul Giamatti, and a ruthless, law-bending hedge fund manager (Damian Lewis) for whom she works as a performance coach, Wendy is often at the centre of their long-running feud.

With season five of Billions revealing Wendy must reevaluate her loyalties and forge surprising new alliances, we had a quick word with the star to find out more about the character.

For people who are yet to see the show, how would you describe Wendy?

She's married to a powerful politician who has staked his career and reputation on taking down white-collar criminals in the financial sector, but she works in the white-collar financial sector. She is a consigliere, a sounding board, a therapist, and brilliant person who can "read" people like no-one else. She can be righteous and moral, but she is not incorruptible, and she can be quite manipulative if she puts her mind to it. She never tempers her talents or opinions.

Did you ever have any reservations about playing her?

Wendy is like a superhero. I never get tired of playing her. 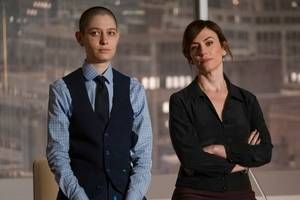 How do you find playing Wendy compared to Tara on SOA?

They are such different characters, such different shows. I suppose what I always loved about SOA was how operatic it was. The characters and the emotions were totally raw, and it was tremendously exciting to create a family that would live and die for each other quite literally.

What is it like working with a cast including Paul Giamatti and Damian Lewis?

It's a dream. They are both incredibly talented and generous actors. They both have a boldness that I find inspiring and that encourage me to take bigger risks.

What is the most common thing people say when they recognise you?

'Did we go to high school together?' I have a familiar face because I have done a lot of television over the years. But my personal style is very casual and often folks can't place me.

How have you been coping with the current pandemic situation and how will the new series of Billions help those in lockdown?

I hope we can provide a few hours (seven to be exact, until we return to production) of unmitigated escapism and entertainment. This is very important in these stressful times.

Are there future projects scheduled at the moment, or has everything been put on hold?

I was supposed to return to the theatre later this year but that's obviously been put on hold until it's safe for people to share space again as an audience.

Catch Billions on streaming service StarzPlay in the Middle East.

These were the details of the news Bollywood News - Billions' Maggie Siff calls character Wendy Rhoades a... for this day. We hope that we have succeeded by giving you the full details and information. To follow all our news, you can subscribe to the alerts system or to one of our different systems to provide you with all that is new.