Thank you for reading the news about Love, longing & loss, Charlotte Hope's The Spanish Princess ... and now with the details

Aden - Yasmine El Tohamy - When it comes to royal intrigue, present day kerfuffles surrounding Wills, Kate, Harry and Meghan have nothing on their forebears. If you crave true high-stakes regal action, where marrying the love of your life can lead to a schism with the Holy Roman Empire as opposed to having to relocate to sunny California, there's only one port of call. Season one of StarzPlay's The Spanish Princess saw Catherine of Aragon (Charlotte Hope) travel to England to marry Arthur, Prince of Wales (Angus Imrie), Henry VII's heir apparent. All goes relatively as it should be until Arthur suddenly passes away. Who should be waiting in the wings to pick up the crown and widow, however? Arthur's brother the arrogant Henry, Duke of York (Ruairi O'Connor) of course and the rest, as they say, is history.

"It was ultimately about two people that loved each other and were tying to be together," Hope told City Times of the first series. "It featured passion, trauma, entitlement, betrayal, love. But this season we have multiplied all those emotions by a hundred."

The second installment of the fast-paced drama drops on StarzPlay on October 12. Set years on from the previous episodes, Queen Catherine and Henry VIII preside over the most glamorous court in Europe and, beloved by their people, create an England that is proud, confident and strong enough to withstand foreign threats. Though despite proving herself a politician, a diplomat and even a military commander, Catherine must battle to save her relationship with the king as the show explores the agony behind her well-documented miscarriages and inability to provide a male heir, then of paramount importance. 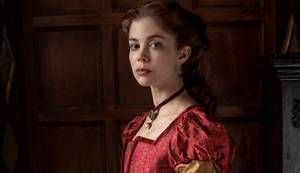 "This season is two people who are tearing each other apart," Hope explained. "It's about a woman who is losing child after child. In real life Catherine lost between six and nine children. We didn't show that many because it's too traumatic."

Hope said she found the emotional depths of which she had to plumb to bring the story to life in this season provided more satisfaction than the political love story of the first.

"It was important for me to feel it was real, so I put myself through the ringer to get there because women do go through this a lot. It is emotionally crippling and I wanted to do some justice to the women who experience it.

"I got really porous with it. I always felt it was hard to cry on camera, but three months into this it was simple. It's very useful for my acting, but probably unhealthy for my head!"

When The Spanish Princess first emerged on the streaming service early last year it received instant plaudits for re-telling a well-known tale from a different viewpoint.

"I'm especially interested in stories that have always been told from the male perspective and getting to flip that," Hope said. "There was a whole group of people who did exist, but we don't know a lot about them because we have just been telling endless stories about Henry VIII." 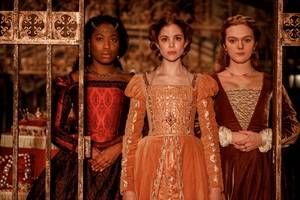 Equal praise went to the casting of Stephanie Levi-John as Lina de Cardonnes, a lady-in-waiting to Catherine. Rarely do actors with African-Caribbean heritage make their presence felt quite so keenly in a period piece, which was also not lost on Hope.

"It is really important to know there were black people in Tudor times. Just because we haven't told stories about them also doesn't mean they didn't exist."

For Game Of Thrones enthusiasts, Hope may be more familiar as Ramsay Bolton's (Iwan Rheon) lover Myranda, who she played for three years. While direct similarities between the HBO hit and this actual historical StarzPlay drama are few and far between, the scale of the productions are comparable. How does being surrounded by such magnitude affect the acting process?

"It's always just been about what's in the scene," Hope said. "The locations and costumes in this show are incredible and so beautiful. But I'm not really aware of that when I'm making it. Which is good because Catherine is so used to the splendour and the castles. It wouldn't really register with her, so I can focus on the more visceral aspects of the scene."

How did it feel when you saw yourself on screen as Catherine for the first time?

"I was really overwhelmed. I thought I was so bad, but that's how any actor feels. I looked at all the things I'd done bad and I'd do this thing where I'd rewind and hope I'd see myself do something different! Now I'm really proud of those episodes and especially of this new season."

These were the details of the news Bollywood News - Love, longing & loss, Charlotte Hope's The Spanish Princess ... for this day. We hope that we have succeeded by giving you the full details and information. To follow all our news, you can subscribe to the alerts system or to one of our different systems to provide you with all that is new.