Thank you for your reading and interest in the news Lebanese government powerless to halt ‘catastrophic’ poverty rise, says minister and now with details

Hind Al Soulia - Riyadh - There is little the Lebanese government can do to halt the “catastrophic” levels of poverty with 60 per cent of the population set to drop below the threshold by the end of the year, Economy Minister Raoul Nehme told The National on Wednesday.

While the situation was already dire given the economic crisis, the coronavirus pandemic has compounded the challenges.

“Before Covid-19, the World Bank estimated that the level of poverty would reach 45 per cent [of the population] by the end of the year, but we’ve already passed that,” he said. “Poverty rates could reach 60 per cent, which is really catastrophic.”

The two crises have converged to force thousands of layoffs and the closure of hundreds of businesses in recent months.

Reliable statistics on the exact unemployment rate are hard to find but Lebanese research firm Infopro found that 220,000 jobs were lost between October 2019 and January 2020, out of a population of under 5 million.

In parallel, inflation skyrocketed, meaning that the Lebanese are becoming increasingly reliant on food aid. 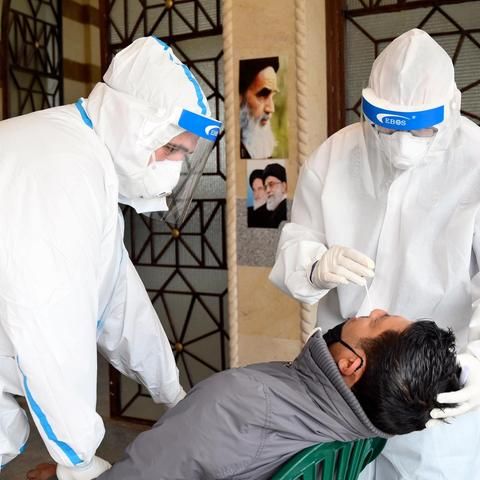 According to Mr Nehme’s estimates, prices of goods had increased by “65 to 70 per cent” on average in May compared to May 2019. In April, prices were up 55 per cent on the same time last year.

“This is unfortunately very bad news because purchasing power has plummeted,” he said.

The rapid inflation is due to the freefall in value of the local currency in a country that is reliant on imports for even basic goods, Mr Nehme said.

Banks started severely restricting access to US dollars last November, causing the value of the national currency to crash on the black market. Despite the lira being pegged to the dollar at around 1,507, a dollar is now worth around 4,000 Lebanese pounds on the black market.

The government has responded to the crisis by giving 400,000 Lebanese lira in cash assistance to the country’s poorest families.

“If we’re talking about a poverty rate of 60 per cent, that means 400,000 to 500,000 families will need it,” said Mr Nehme. “But this is a drop of water compared to the oceans of money,” being disbursed by other countries in the world to support their local economies following the Covid-19 crisis, Mr Nehme said.

“We do not have the means to do what Western countries are doing, which is to print money and support companies and individuals,” said Mr Nehme, who highlighted the “extraordinary solidarity” of the Lebanese, many of whom have volunteered to distribute food boxes, independently of the state.

Since early May, the Lebanese government has been negotiating a bail-out with the IMF, but details of the meetings are closely guarded. “Negotiations with the IMF must stay very confidential to succeed,” said Mr Nehme.

In early March, Prime Minister Hassan Diab announced that Lebanon would default on its foreign debt for the first time in its history. Mr Diab has clashed with his predecessors, whom he accuses of wasting public money, and the banking sector, which he argues was complicit in encouraging a rentier economy.

There has been a lot of talk of a devaluation or reduction in bank deposits to cover losses, but the former banker turned minister pointed to Mr Diab’s commitment not to touch 98 per cent of depositors’ money, especially that belonging to small depositors.

“For the remaining two per cent, we’ll see… but we do not have a haircut in mind, or of taking the money and that’s all. That’s why there are several scenarios in the [government’s financial recovery] plan to protect depositors’ interests”, said Mr Nehme of the roadmap laid out in early May.

Senior financial advisor and government critic Mike Azar expressed doubt about such assurances. “They can say it all they want but they haven’t shown us the numbers to demonstrate how it’s possible,” he told The National.

“They could convert deposits from dollars to Lebanese pounds for 98 per cent of depositors, and say that they, therefore, protected their deposits, but now the Lebanese pound is worth 4,000 to the dollar, so their purchasing power will be much lower,” said Mr Azar.

“And even though they do not propose a haircut for the top 2 per cent, they propose a bail-in, which is a different form of haircut,” added Mr Azzar, referring to the practice of forcing depositors to exchange their deposits for capital in the bank. 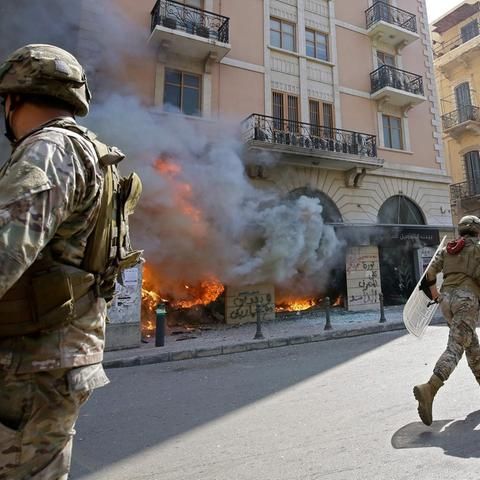 The central bank has allowed multiple exchange rates to co-exist by allowing depositors with less than $3,000 to withdraw their money in one go but in Lebanese pounds at a rate of either 2,600 or 3,000, while cash transfers in dollars via popular private companies like Western Union can be withdrawn at a rate of 3,200. Money changers re-opened on Wednesday after a near six-week strike and will be selling dollars for 4,000 Lebanese lira, according to local media reports.

The Association of Lebanese Banks (ABL) has voiced its opposition to the government’s rescue plan, which calls for restructuring the sector.

In its “alternative plan”, the ABL pushes for the state to sell off its assets so that the central bank can repay them the $40 billion it owes them, explained Mr Azar.

“The ABL wants the government to create a fund and put all state assets in it and then the government’s debt to the central bank of $36 billion in treasury bills in Lebanese pounds and $5 billion Eurobonds [in dollars] would be transferred to the fund,” he said.

“The fund would have to generate revenue in dollars – but state-owned companies generate most of their revenue in Lebanese pounds and are therefore unlikely to be able to repay $40 billion in debt. So, the consequence would be that the central bank seizes those assets and sell them to cover its debt to the banks,” he said.

These were the details of the news Lebanese government powerless to halt ‘catastrophic’ poverty rise, says minister for this day. We hope that we have succeeded by giving you the full details and information. To follow all our news, you can subscribe to the alerts system or to one of our different systems to provide you with all that is new.

NEXT Blinken consults European allies before the Russian-American meeting