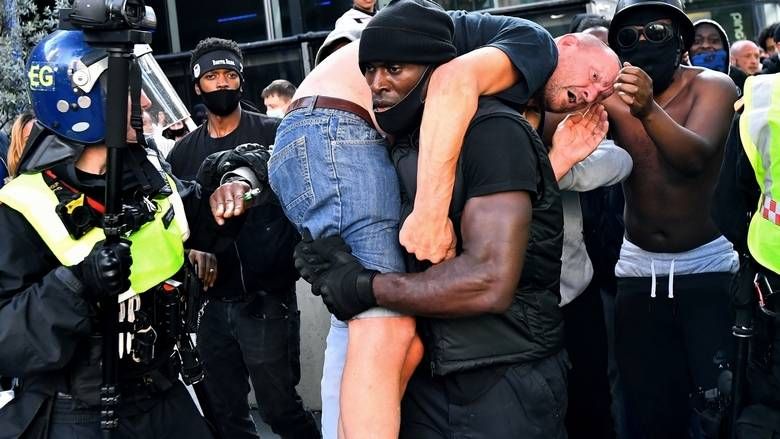 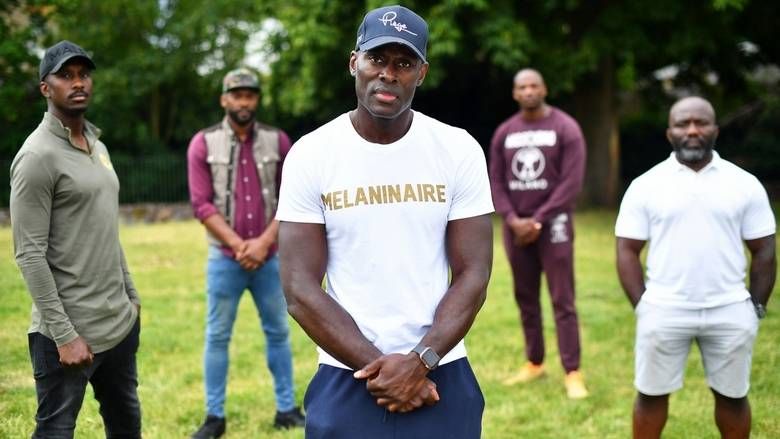 Patrick Hutchinson, a black protester who carried a white man to safety during clashes on Saturday in London between anti-racism protesters and far-right opponents, poses with friends Chris Otokito, Jamaine Facey, Lee Russell and Pierre Noah for a portrait in London, Britain June 15, 2020
(Reuters)

Patrick Hutchinson, who has been hailed a hero for his actions during a protest on Saturday, says 'it was the right thing to do'.

Patrick Hutchinson, a black protester who carried a white man to safety during a scuffle in London between anti-racism protesters and far-right opponents said it was simply the right thing to do.

A Reuters photograph of Hutchinson emerging from the melee near Waterloo Bridge, carrying an injured man in a fireman's lift over his shoulder, went viral on social media and featured in news bulletins.

"It was the right thing to do," Hutchinson told Reuters TV on Monday. "We didn't want the narrative changed and the focus taken away from what we are all fighting for, and that's true equality."

Britain, like many countries around the world, has seen a surge of anti-racism demonstrations in the wake of the death of George Floyd in Minneapolis. They have mostly been peaceful, but on Saturday far-right counter-protesters converged on central London and skirmishes took place.

The man carried by Hutchinson had injuries to his face, and Reuters reporters at the scene said he had been beaten in a skirmish with anti-racism protesters.

Some people in the crowd shouted out that the injured man was a member of the far right, but there has been no official confirmation of his identity or political affiliation.

The instincts of Hutchinson represented the best of us, Prime Minister Boris Johnson's spokesman said on Monday.

These were the details of the news Black British protester reflects on viral photo of him helping white man for this day. We hope that we have succeeded by giving you the full details and information. To follow all our news, you can subscribe to the alerts system or to one of our different systems to provide you with all that is new.

PREV A famous billionaire warns of “hyper-inflation”… and this is his starting...
NEXT Germany’s Covid rate hits highest level since May