Thank you for your reading and interest in the news Anwar Gargash: UAE is part and parcel of Arab consensus on Palestinian-Israeli conflict and now with details

Dr Gargash told a video conference at the American Jewish Committee’s global forum on Tuesday that the UAE position was very much “part and parcel” within the Arab consensus.

“The UAE supports a two-state solution, supports negotiations and is against annexation,” Dr Gargash said.

His comments come two weeks before an expected announcement by the Israeli government of that it will annex occupied land in the West Bank and the Jordan Valley.

But Dr Gargash advocated for open lines of communication with Israel, despite policy disagreements.

“Sixty and 70 years have shown that the full break-up has increased the animosity [with Israel], in my opinion,” he said, referring to the drawn-out Arab boycott of Israel since 1948.

"And what was possible to achieve in 1967 became very difficult in the eighties.”

In 1948 and 1967, the Arab world fought major wars with Israel and it was not until 1977, under former Egyptian president Anwar Sadat, that negotiations started.

“Egypt achieved many of its goals through negotiations," Dr Gargash said. "We see negotiations and having lines of communications open will yield better results for us and for Israel ...

"We want to see a region that’s more stable, that can resolve its issues over the negotiating table."

He told moderator Jason Isaacson that the UAE was not a “trailblazer” in opening communications with Israel, naming several regional countries that have done so in the past four decades.

“If you let us look at the regional scene, the reality is you have major countries that have normal relations with Israel, such as Turkey, Egypt and Jordan," Dr Gargash said.

He said Qatar was one of the region's first in trying to normalise relations with Israel.

He blamed radicalisation in the region for the instability and regression.

Dr Gargash spoke about the establishment of the UAE’s first synagogue and the country’s history in interfaith tolerance.

“Jason, I grew up in a small port which is now the city of Dubai," he said.

"Since I was a kid we had a church, a Hindu temple ... this is the country we come from.”

Dr Gargash also stressed the need for American engagement in the Middle East, regardless of who wins the election on November 3.

“We have always looked for America as our main and most important strategic ally," he said. "We want to see an America engaged in the region.

“Engagement doesn’t mean we want America to fight our wars, or to be involved in different altercations. American engagement is more than military, it is trade, investment and soft power.”

Dr Gargash also stressed the need for engagement with Iran.

“We don’t want to see any war with Iran right on our borders,” he said.

He hoped that Tehran would agree to enter into negotiations and address regional concerns about its missile programme and proxies.

In the longer run, Dr Gargash advocated a new regional structure that would involve Iran.

“We need a process that creates a zone of stability and prosperity that Iran can be part of," he said. "Right now it is difficult." 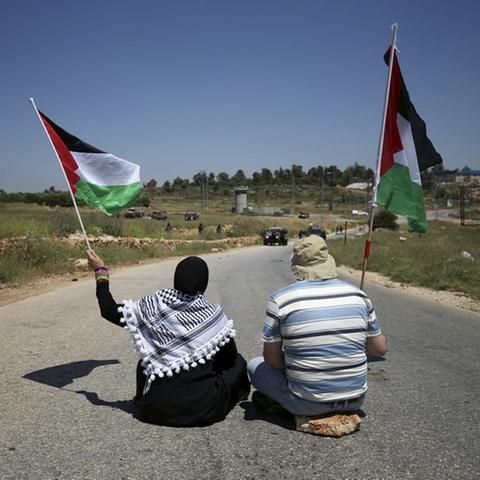 There are increasing concerns from Arab countries on Israeli annexation.

On Tuesday, King Abdullah II of Jordan warned in a conference call with regional leaders that any Israeli attempt to annex lands in the West Bank was unacceptable and undermined the prospects of peace and stability in the region.

King Abdullah “stressed the importance of establishing an independent, sovereign and viable Palestinian state on the 4 June 1967 lines, with East Jerusalem as its capital", a statement read.

US Senate majority leader Mitch McConnell was on the call.

On Friday, Yousef Al Otaiba, the UAE ambassador to the US, made his first direct address to the Israeli public in an opinion piece in the high-circulation Yedioth Ahronoth newspaper.

In it, Mr Al Otaiba, also a Minister of State, warned that a planned annexation of the occupied West Bank and Jordan Valley would be a major impediment to Israel’s hope of establishing ties with the Arab world and to Jordan’s stability.

These were the details of the news Anwar Gargash: UAE is part and parcel of Arab consensus on Palestinian-Israeli conflict for this day. We hope that we have succeeded by giving you the full details and information. To follow all our news, you can subscribe to the alerts system or to one of our different systems to provide you with all that is new.

PREV More than 5,000 arrested since riots erupted a week ago
NEXT Secrets of newspapers issued in Beirut on Saturday morning, January 8,...