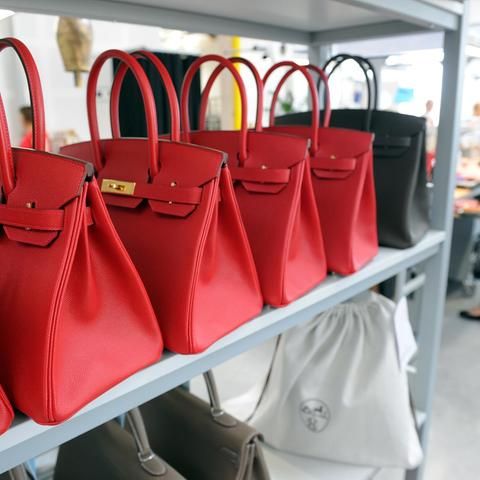 Counterfeiters created a multimillion-euro line in fake Hermès bags and luxury fashion accessories that, much like the real thing, were made in France and sold around the world.

An investigation found former craftsmen at the luxury brand had moved into the black market after they stopped working at the French fashion house, and counterfeited products including the Birkin bag, the pride of the Hermès stable.

Hermès has confirmed the international crime ring, in which products were made in France and shipped across Europe, the United States and Asia, had been broken up by police.

Hermès products are the pinnacle of the luxury market with items such as the Birkin bag selling for at least €8,000 (Dh33,000) and appreciating in value. The most expensive bag in the world is a Hermès Himalaya Birkin, which cost €440,000, or about $500,000.

The brand uses only the highest-quality leather and makes only 8,000 Birkins each year, keeping demand high but also making them an ideal target for fakers.

Some of the arrested group are expected to appear in a French court on Wednesday.

Many of accused were former leatherworkers, artisan cutters or assemblers at Hermès. French investigators found "a structured network" that sold about 150 bags for a turnover of more than €4 million from 2011 to 2014. Each fake bag was sold for €23,000 to €32,000.

"This operation concludes a one-year investigation following an Hermès complaint based on clues and abnormal behaviour identified through the house's internal monitoring systems," the company told Women’s Wear Daily, the prestigious fashion journal known as WWD.

"Hermès is very satisfied with the efficient and diligent collaboration established with the national gendarmerie in this case and reiterates its relentless commitment to fighting counterfeiting. This action puts an end to the fraudulent project in progress."

These were the details of the news Fake Hermès crime ring broken up after raking in €4m from counterfeit bags for this day. We hope that we have succeeded by giving you the full details and information. To follow all our news, you can subscribe to the alerts system or to one of our different systems to provide you with all that is new.