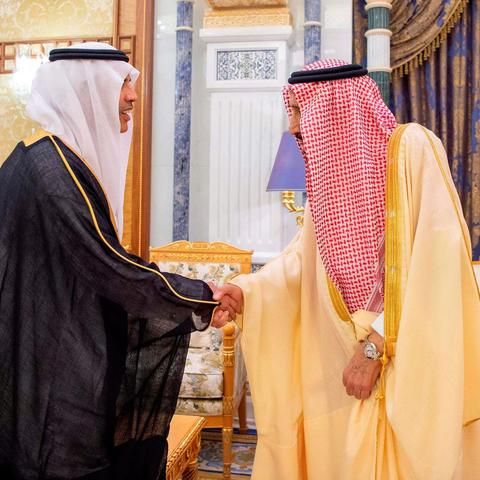 The 84-year-old king, who has ruled the world’s largest oil exporter since 2015, is suffering from inflammation of the gall bladder, SPA said, without providing further details.

King Salman, the custodian of Islam’s holiest sites, spent more than two and a half years as the Saudi crown prince and deputy premier from June 2012 before becoming king.

He also served as governor of the Riyadh region for more than 50 years.

He has presided over Crown Prince Mohammed bin Salman’s rapid reform plan to transform the kingdom’s economy and end its dependence on oil.

The 34-year-old prince, who is popular among young Saudis, has won praise at home for easing social restrictions, giving more rights to women and pledging to diversify the economy.

His Vision 2030 sets out a framework intended to steer the kingdom away from its economic reliance on oil and develop public service sectors in fields such as health care, education, infrastructure, recreation and tourism over the next decade.

These were the details of the news Saudi king in Riyadh hospital for medical tests for this day. We hope that we have succeeded by giving you the full details and information. To follow all our news, you can subscribe to the alerts system or to one of our different systems to provide you with all that is new.

PREV Because of the lack of chips, Apple faces a big problem...
NEXT The first comment from the Tunisian Renaissance Movement on the appointment...