Thank you for your reading and interest in the news After Beirut blast, experts urge action on region’s other ticking time bomb and now with details

Hind Al Soulia - Riyadh - The 1.1 million barrels of oil aboard the FSO Safer off the Yemeni coast are at high risk of leaking or exploding 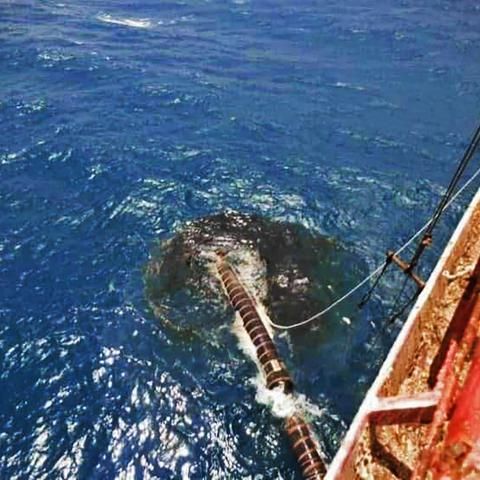 In the wake of the Beirut explosion last week in which negligence and abandonment may have been crucial triggers, experts and analysts are calling for urgent action on another of the Middle East’s ticking time bombs – Yemen’s FSO Safer.

The rusting oil tanker off the Yemeni coast at Hodeidah was once used as an offshore storage platform for the country's small quantity of oil exports.

However, neglected and abandoned during the now five-year war, experts are calling for urgent action to secure the ship, built in 1976, in case it explodes or leaks its cargo of 1.14 million barrels of oil.

Long past its useful life, the single-hulled ship is already showing signs of its age with cracks appearing in the hull allowing seawater to seep inside, UN reports say.

The UN has discussed the vessel and is working to send a team of experts to carry out studies but work to make the vessel safe or offload the cargo – valued at over $80 million (Dh293m) – has been regularly delayed by the Houthi rebels who control Hodeidah and access to the ship.

Ibrahim Jala, a Yemeni analyst and non-resident fellow at the Middle East Institute, last week urged action on the FSO Safer in the wake of the Beirut disaster in which 2,700 tonnes of ammonium nitrate – commonly used in industrial explosives and fertiliser – left abandoned at the port for the past six years exploded in a fire on Tuesday.

He also claimed that 4,900 tonnes, nearly double the amount of ammonium nitrate in the Beirut warehouse, is being stored in Aden port.

He described this and the FSO Safer as nightmare situations.

If the oil aboard the FSO Safer leaks, analysts predict a catastrophe that outstrips even some of the world’s worst oil spills and cause irreparable damages much of the Red Sea’s natural wildlife and coastline.

These were the details of the news After Beirut blast, experts urge action on region’s other ticking time bomb for this day. We hope that we have succeeded by giving you the full details and information. To follow all our news, you can subscribe to the alerts system or to one of our different systems to provide you with all that is new.

PREV France tightens visa requirements for citizens of Morocco, Algeria and Tunisia,...
NEXT FilGoal | News | A French talent coming into...