Thank you for your reading and interest in the news Weaving tales: Imperial War Museum showcases refugee carpet maker’s journey and now with details

Hind Al Soulia - Riyadh - For Shorsh Saleh, an Iraqi-Kurdish weaver and artist who is now a refugee in the UK, his trade is suffering in his home region after decades of war left carpet markers from the mountains displaced and their homes destroyed.

Born into a politically active family, Mr Saleh fled his home town in Sharazur, Iraqi Kurdistan, 18 years ago and took the treacherous path that millions of migrants have since undertaken in recent years, seeking safety in Europe.

At London’s Imperial War Museum, he’s now using his artistry to shed light on both the Kurdish issue and refugee crisis as part of a wider exhibition that tells the story of those who have faced persecution and conflict in their home countries over the last 100 years. 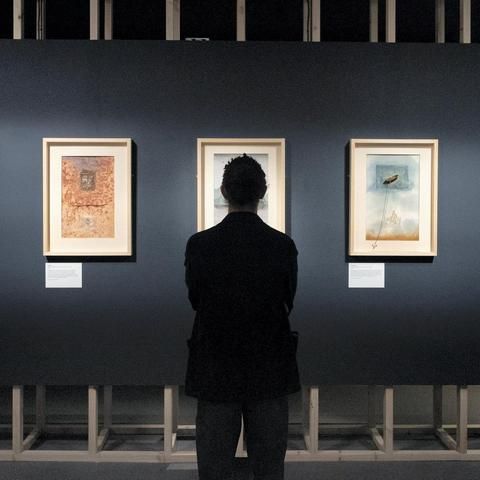 Iris Veysey, art curator at the Imperial War Museum, said it gave people a chance to look behind the headlines and learn more about the reality of being a refugee.

Two carpets Mr Saleh has designed – titled ‘Displacement’ and ‘Destruction’ – use traditional patterns and were wove by women in Iraqi Kurdistan. “In this work I want to show the story through the same craft,” he said.

“As a Kurdish people we have an issue with identity. If you ask me, where I come from I say Kurdistan, but nobody knows geographically where Kurdistan is. So you have to say, ‘no actually, I’m Iraqi but I’m Kurdish,’” he said.

“So it’s a very tricky question if you ask any Kurdish person where they come from. We are struggling with the answer. I think that was very challenging for me to take this identity theme and to put it in my works.”

Rough estimates put the Kurdish population in Iraq, Syria, Turkey and Iran at around 40 million, but despite this, only in Iraqi-Kurdistan do they have some semblance of autonomy. In Turkey they face oppression and in Syria any steps towards autonomous administration made in the north-east are at risk.

“We are struggling to have our own identity. We say it’s been stolen by the neighbours. So for me, it still is hard to express it because it’s very deep,” Mr Saleh said.

More broadly, Mr Saleh says any time is a good time to talk about the plight of refugees, adding: “When people are fleeing they just don’t flee for fun.” His five paintings tell the story of his own escape from Iraq and his subsequent struggle to find refuge.

“You just have a little bag on you with some food and some water, and maybe a sleeping bag if you are lucky. And then you deal with the smugglers and some smugglers basically, they just do whatever they want,” he said as he recalled his journey 18 years ago.

“So sometimes you end up living in a mountain for weeks under the rocks. You have to basically travel through the night most of the time which is very dangerous.”

Border guards in Iran, Iraq and Turkey have a reputation for shooting people trying to cross, Mr Saleh said.

During his journey to Europe he said that he sometimes went days without food because of a lack of money. He added: “So you have to travel days and nights to get in a safe place and then you end up in Turkey and then by boat you travel to Greece, and then from Greece you travel by boat to Italy.

Mr Saleh says refugees and migrants must be given better support and points out that often people seeking entry in the UK continue to face an array of obstacles.

“And then you feel like you are in a safe place but still you’re not. Basically there is no safe place, you’re still struggling mentally and physically with your life.” 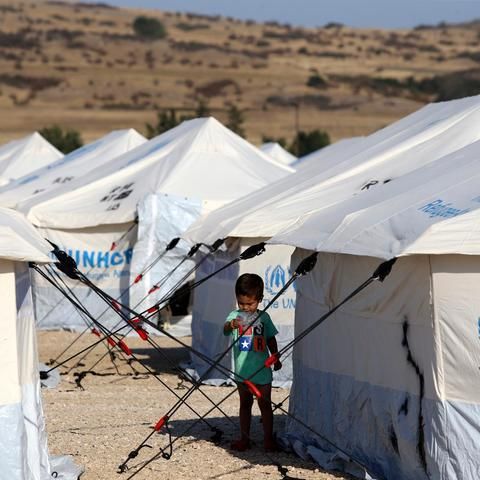 These were the details of the news Weaving tales: Imperial War Museum showcases refugee carpet maker’s journey for this day. We hope that we have succeeded by giving you the full details and information. To follow all our news, you can subscribe to the alerts system or to one of our different systems to provide you with all that is new.