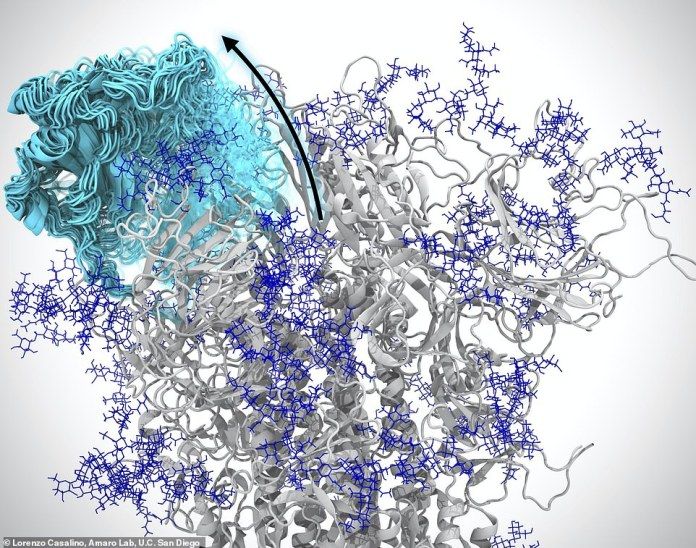 As the world prepares to confront the second wave of the emerging corona virus, which has already begun to sweep many countries around the world, new and incredibly detailed images of the Corona virus have appeared, revealing its shape and interaction with human cells, which will help scientists in the battle of treatment.

According to the British newspaper Daily Mail, a team of scientists in China published the first pictures of a virus COVID-19 It is an important milestone in the search for a vaccine and an effective treatment.

Dr. Sai Li, a structural biologist at Tsinghua University in Beijing, worked with virologists who were creating the virus in a biosafety laboratory in Hangzhou, treating the virus with a chemical to make it harmless, then sending a sample of a liquid filled with the virus to Li.

Li Hu and his team shrunk the virus to a single drop, freeze it, and then look at it through an electron microscope.

“I saw a screen full of viruses,” he told me to the New York Times, looking at something that measured less than a millionth of an inch, adding I think I was the first man in the world to see the virus with such a good solution.

Lee’s work enabled scientists to learn how the virus and some of its proteins slipped into cells, and they learned how its twisted genes control the body’s biochemistry.

The new images, according to researchers, will allow scientists the way in their constant battle to find an effective treatment to confront the deadly virus, curb it, and eliminate it.

These were the details of the news A Chinese scientist reveals the first pictures of the development of... for this day. We hope that we have succeeded by giving you the full details and information. To follow all our news, you can subscribe to the alerts system or to one of our different systems to provide you with all that is new.

PREV Video: Ronaldo attends Manchester United training in a luxury car
NEXT Vingada advises Queiroz to rely on local players in the national...

Silver prices fell sharply by about 4% during trading

Bringing the battery supply chain from Asia to the United States