The Armenian Prime Minister granted an interview Thursday to the RTS, where he comments on the conflict which continues in the Nagorno-Karabakh region. Nikol Pachinian notably denounced the role of Turkey and Syrian mercenaries in this crisis.

Interviewed in the framework of the program Forum sur la Première, Nikol Pachinian explained the humanitarian situation in Nagorno-Karabakh and affirmed that it is not Armenia which refuses to make compromises to end this crisis which pits Armenian separatists against the Azerbaijani army.

The Armenian Prime Minister has insisted a lot on the role of Turkey which, according to him, has sent Syrian mercenaries to the front, which Ankara and Baku deny.

Nikol Pachinian lamented that diplomats did not visit the Nagorno-Karabakh region and its capital. He called for a reaction from the international community, otherwise the inhabitants of Nagorno-Karabakh would risk “suffering genocide”, according to him.

He also returned to the involvement of Russia, with which Armenia is linked by a collective security treaty. For him, Moscow, by virtue of its geographical proximity, has a big role to play in the stabilization of the region, and he called on France and the United States to support it in this direction.

>> Listen to Isabelle Cornaz’s decryption of the Prime Minister’s words:

On Friday morning, the program Tout un monde will give the floor to the ambassador of Azerbaijan in Switzerland, Hanum Ibrahimova (see box).

How serious is the humanitarian situation in Nagorno-Karabakh? The ICRC speaks of hundreds of thousands of people affected in two weeks of fighting.

The situation is more than serious. Large-scale hostilities are underway. Even military experts speak of hostilities unprecedented in the 21st century, in view of all the weaponry used, be it tanks, armored vehicles, drones, even planes, helicopters and also a large number of troops.

It is also important to note that Azerbaijan, with the support of Turkey and terrorists, attacked Nagorno-Karabakh from the earliest days by bombing towns and villages. After ten days, it was obvious that there would be no truce. The Nagorno-Karabakh Defense Force was therefore obliged to take certain measures to at least somewhat minimize the bombardment of civilian areas.

>> Read also: Azerbaijan and Armenia accuse each other of bombing

The ceasefire did not hold. In both camps, civilians were killed. What compromises is Armenia ready to make to stop the fighting?

It is not that the ceasefire did not hold, it is that it was not even acted. Because at the very moment when it was to come into force, Azerbaijan launched new attacks. When it comes to compromises, Armenia has always been ready to make them. But concessions must be made on both sides. Azerbaijan has never been ready to compromise. This is the reason why this situation is evolving like this.

>> Read also: Ceasefire violated in Nagorno-Karabakh for fourth day in a row

Today Azerbaijan is even less willing to do so. Particularly because Turkey manages the process. For Turkey, it’s not just the Nagorno-Karabakh issue. What is happening is the consequence of an expansionist and imperialist Turkish policy. The Armenians of the South Caucasus are the last obstacle on its way east and south-east.

In my opinion, it is very important to note that the situation is outside the framework of the conflict in Nagorno-Karabakh. It has entered into a much broader logic. It must be placed in the policy pursued by Turkey in the southern Mediterranean, in Libya, in Syria, and also in the context of its relations with Greece and Cyprus.

The Armenian separatists, in addition to Nagorno-Karabakh, also control seven other Azerbaijani cantons. It’s like a buffer zone, which has been emptied of its population. Would you be ready to surrender these 7 other cantons, to obtain a political settlement on Nagorno-Karabakh?

You know, I am the Prime Minister of the Republic of Armenia and not the Prime Minister of Nagorno-Karabakh, and it is essential to take into consideration the decisions of the elected leaders of Nagorno-Karabakh. Regarding the territorial question, I would like to underline the fact that the Armenian camp was ready to compromise and to sign the agreements proposed in 2011 within the framework of the Kazan negotiations.

For me, it is very important that the international community clearly sees the Azerbaijani attack on Armenia. 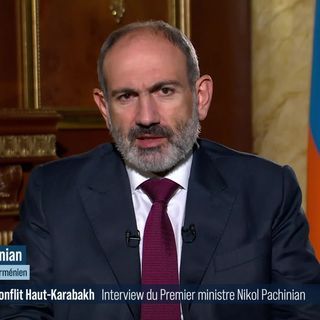 The problem is that now Azerbaijan has set itself the goal, with the help of Turkey and Syrian mercenaries, to take control of all the territory of Nagorno-Karabakh and rid it of the control of the Armenians. . And the Armenian camp, I repeat, was ready to make an agreement in 2011. But it was Azerbaijan that refused it, because it moved towards a military solution.

>> Read also: Beginning of negotiations between Armenia and Azerbaijan on Nagorno-Karabakh

You say there are Syrian mercenaries in Nagorno-Karabakh. Turkey and Azerbaijan say no. What concrete evidence do you have?

The evidence has already been published. Special software made it possible to analyze videos and to geolocate the places where the images were shot, on the front, during the hostilities. Syrian terrorists themselves shot these videos that fill the web. This is something proven, which has been officially recognized by Russia, France and other countries.

For me, it is very important that the international community clearly sees the Azerbaijani attack on Armenia. Because it is a violation of one of the most important principles of international law, which is to say that in the context of the Nagorno-Karabakh settlement, one cannot use force or threat. But Azerbaijan has used the threat methodically, it is using force now. With the involvement of Turkey and international terrorists.

What do you expect from Switzerland? And are you disappointed with some western countries?

You know, the problem is that today Nagorno Karabakh is on the threshold of a humanitarian crisis. Lately, when a deterrent strike was carried out by the Nagorno-Karabakh Army on the city of Ganja in Azerbaijan, the Azerbaijanis organized a visit of foreign representatives to this region to show what is happening there.

But, until today, no official representative has visited Nagorno-Karabakh, has visited its capital Stepanakert to see the consequences of the bombings. Nineteen days that it lasts, with damage to civilian infrastructure, buildings destroyed. Only a few foreign journalists came, but no foreign diplomatic representatives.

If the international community does nothing, the people of Nagorno-Karabakh will be the victims of genocide, and I weigh my words carefully. 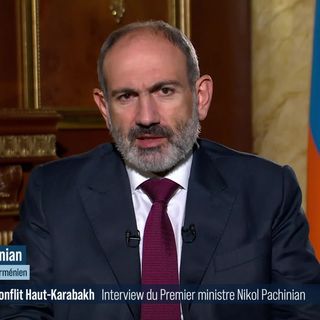 What do we expect from Switzerland? Lately the City Council of the city of Geneva took a very symbolic resolution to say that the principle of self-determination was applicable in this case. That is, some peoples can claim independence when they simply cannot survive under the control of a third state.

What I expect from Switzerland is therefore to recognize that Turkey has transferred mercenaries and some of its troops to Azerbaijan, as a result of which it has started hostilities. The people of Nagorno-Karabakh are going through a humanitarian and existential crisis that the international community should take into account.

Otherwise, the people of Nagorno-Karabakh will be victims of genocide, and I weigh my words carefully. No Armenian will stay there if it is Azerbaijan that takes control of this region, while throughout its history more than 80% of this territory was populated by Armenians. Today they risk losing their homeland, their home. So I expect the international community to recognize their independence in order to save them.

You are linked to Russia by a collective security treaty. Azerbaijan announced on Wednesday that it had struck Armenian territory for the first time. What should Russia’s role be? Would you like more support from Moscow?

We are in permanent consultation with our Russian partners, including within the framework of this collective security treaty. There have already been clear statements that if the situation deteriorates, Russia and the Collective Security Treaty Organization will keep their commitments to Armenia.

But I believe that Russia has a greater role to play, including restoring stability and peace in the Nagorno-Karabakh region, as the co-chair country of the OSCE Minsk Group. I would like to stress that since Russia is the closest co-chair to our region, the two other co-chairs France and the United States should support Russia in its efforts to stabilize the region.

>> Watch the full video of the interview, with official simultaneous translation:

These were the details of the news Armenian Prime Minister denounces Turkey’s role in Nagorno-Karabakh – rts.ch for this day. We hope that we have succeeded by giving you the full details and information. To follow all our news, you can subscribe to the alerts system or to one of our different systems to provide you with all that is new.

PREV A rare crime that deserved life… he used a cobra and...
NEXT The armed opposition in Myanmar announces the killing of a high-ranking...