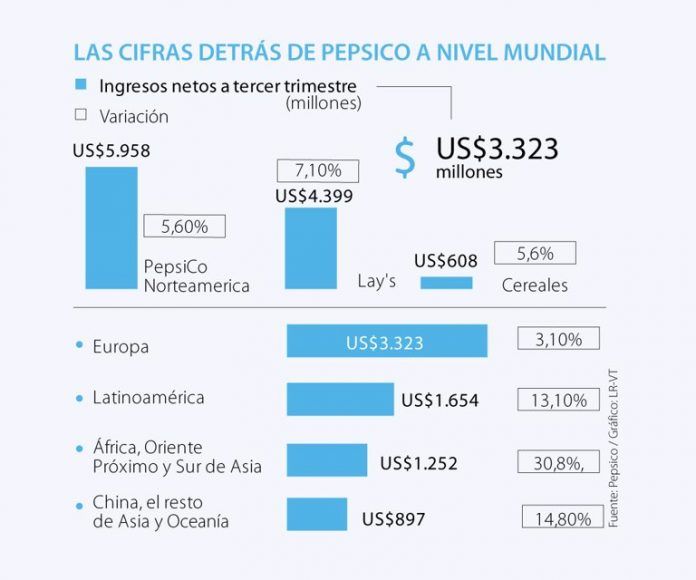 The multinational food company PepsiCo continues to bet on the economic development of Colombia, which is why it has confirmed an investment of $ 609,000 million in the modernization of its plant in Funza-Cundinamarca and also carrying out a project with the Guarne community in Antioquia.

This was reported by President Iván Duque, who held a virtual meeting with the directors of the companies. “Today a multimillion-dollar investment was finalized in Colombia that reaches $ 609,000 million that will generate more than 4,000 jobs. It is about the modernization of the PepsiCo plant in Funza that will be delivered at the end of this year ”.

But this is not the only investment, they will also make a commitment to Guarne, Antioquia, “There they will have the most modern plant in Latin America of PepsiCo to continue doing food processing, ”announced the President in his Prevention and Action afternoon program.

The food company has been strengthening during the pandemic, so much so that the net profits reported for the third fiscal quarter of 2020, ended in September, of US $ 2,291 million, equivalent to an increase of 9% compared to the same period of the year. last year.

In the specific case of Latin America, PepsiCo reported US $ 1,654 million in revenues, contracting 13.1%, although it was the second most active market after Europe during the quarter.

On the other hand, the project is also of great importance for national farmers who will have an increase in 20% on the purchase of national potatoes. The President added that “this investment made by PepsiCo represents an increase in the purchase of potatoes in our country that will be almost 20% for farmers, so this news represents investment, employment, reactivation and production chain in the country ”.

Today PepsiCo has become the largest buyer of potatoes in the country, acquiring approximately 75,400 tons of this tuber per year in the departments of Boyacá, Cundinamarca, Nariño and Antioquia.

The information given by the President was provided by Paula Santillana, CEO of PepsiCo. The project is expected to be completed by 2021 and attract more international investment to the country.

*The article has been translated based on the content of Source link by https://www.larepublica.co/empresas/pepsico-invertira-609000-millones-en-modernizar-planta-en-cundinamarca-y-antioquia-3074192
. If there is any problem regarding the content, copyright, please leave a report below the article. We will try to process as quickly as possible to protect the rights of the author. Thank you very much!

These were the details of the news PepsiCo will invest $ 609,000 million to modernize a plant in... for this day. We hope that we have succeeded by giving you the full details and information. To follow all our news, you can subscribe to the alerts system or to one of our different systems to provide you with all that is new.

PREV Closure of the “Al Madad Refreshments” restaurant in Abu Dhabi due...
NEXT The first comment from the Tunisian Renaissance Movement on the appointment...