The operation was launched to combat an alleged criminal scheme of embezzlement of public resources to combat the coronavirus in Roraima (read more at the end of this article). In a note released on Wednesday, Chico Rodrigues – who until then was deputy leader of the government in the Senate – said he has no involvement in any illegal act.

Details of the apprehension of the R $ 33,150 in the private parts of the parliamentarian are contained in the decision of the minister of the Supreme Federal Court (STF) Luís Roberto Barroso, who on Thursday (15) determined the removal of a senator for 90 days due to the “concrete severity” the case. The flagrant of the policemen was recorded in videos.

Barroso also ordered the removal of the confidentiality of part of the investigations, but kept videos of the searches in reserve. The minister ordered that one of these records “must be kept in a safe deposit box by the Federal Police, in absolute secrecy” because “it shows too much the investigator’s privacy and does not produce a significant addition to the investigation”.

“If the investigator’s guilt is proven, his punishment will be justified, but not his unnecessary public humiliation,” said Barroso.

According to the PF report, Rodrigues was wearing shorts in blue pajamas and a yellow shirt when police officers from Operation Desvid-19 arrived at his residence. The bundles of money hidden in the underwear were seized in three situations that happened in sequence. See below some images (they are in low quality because they are a reproduction of the PF survey).

Or document cites that the senator “insistently hid values ​​in his underwear”.

Also according to the report, the senator asked to go to the bathroom after searching his son’s room. The delegate authorized, but said he would accompany him. “This time, Deputy Wedson noticed that there was a large volume, rectangular in shape, at the rear of the senator’s robes “, says the document.

Suspicious of the volume that “completely clashed with the senator’s pajamas”, the deputy made the personal search and found R $ 15,000. The amount was “inside your underwear, close to your buttocks”.

In the living room of the house, the senator was asked three times if there were still more values ​​in kind. In the last one, very angry, Chico Rodrigues “put his hand in his underwear, and pulled out other bundles of money” which totaled R $ 17.9 thousand. The other R $ 250 was apprehended in the last personal search.

Image from the PF report shows the moment when money was found in Senator Chico Rodrigues’ underwear. The photos are of low quality because it is a reproduction of the document. – Photo: Reproduction / PF

PF searched Senator Chico Rodrigues to try to find more money hidden in his underwear. Images are of low quality because it is a reproduction of the PF investigation – Photo: Reproduction / PF

Images show the amount of notes found in Senator Chico Rodrigues’ underwear. The images are of low quality because they are from a reproduction of the PF survey – Photo: Reproduction / PF

Senator Chico Rodrigues used the new $ 200 bills to hide the money in his underwear. Image is in low quality because it is a reproduction of PF document – Photo: Reproduction / PF

Cash in underwear after agents arrived

The PF suspects that Chico Rodrigues put the valuables in his underwear after the police were already at the house. This is because there was no volume in his clothes between the arrival of the agents on the scene and their departure to the senator’s son’s room.

“It is possible to affirm that the values ​​were placed by the Senator in his underwear between the moment the team left his room and started searching his son’s room, so that he would have asked to change clothes in his room to to get rid of the values ​​he had just hidden in his clothes. However, before that, he was caught by the police team “, says the report.

The ballots found with the senator, according to the PF, did not have their lawful origin proven. In addition to the amount on the underwear, R $ 10,000 and US $ 6,000 were seized in a safe in the senator’s room.

The due diligence on the property was accompanied by his lawyer. This Thursday morning, the defense stated that it had not yet had access to the STF process.

See, in the videos below, more about the seizure: 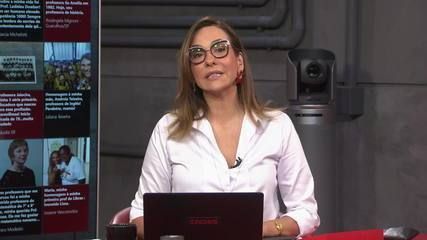 Chico Rodrigues in note: ‘I will prove that I have nothing to do with illicit of any kind’ 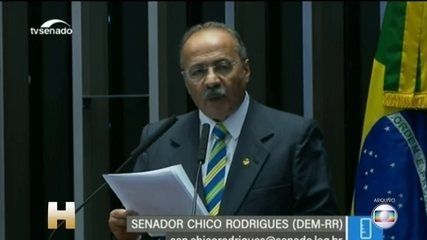 After being caught with money in his underwear, Chico Rodrigues leaves the government’s deputy leadership

Scheme would have diverted more than R $ 20 million

Chico Rodrigues is appointed in the investigation as a member of a scheme that diverted more than R $ 20 million in parliamentary amendments that would be destined to combat Covid-19 in Roraima. The Federal Comptroller General (CGU) also participates in the investigation.

The investigation shows evidence that the senator used influence in the civil service to benefit private companies linked to him, directly or indirectly, diverting money destined to fight Covid-19.

In 2020, Roraima has received approximately R $ 171 million transferred by the National Health Fund (FNS). Of this amount, R $ 55 million are specifically for combating Covid-19, according to CGU.

Altogether, federal police officers were ordered to carry out seven search and seizure warrants at addresses in Boa Vista this Wednesday. All court orders were issued by the STF.

Chico Rodrigues left the vice leadership in the Senate 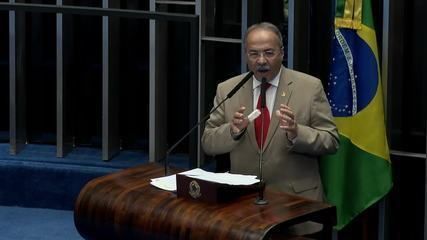 The “Diário Oficial da União” (DOU) published in an extra edition in this fifth message from President Jair Bolsonaro to the Senate informing about the departure of Senator Chico Rodrigues (DEM-RR) from the vice-leadership of the government in the House.

The president’s order calls for measures to be taken for Rodrigues to leave the post. According to the act, the parliamentarian asked to leave the vice-leadership of the government in the Senate. The senator has held the leadership since March 14, 2019, when the nomination by the Presidency was published in the DOU.

Rodrigues’ permanence in the role was seen as a strain on Bolsonaro, who has repeated in recent days that there is no corruption in his government. Recently, the president said he “ended” Operation Lava Jato because there are no cases of corruption in his administration.

Bolsonaro is a friend of Rodrigues and appears on video, which has returned to circulate through social networks (watch below), in which he said he had “almost a stable union” with the parliamentarian. The senator also employs in his Senate office Leonardo de Jesus, known as Leo Índio, cousin of Bolsonaro’s children. 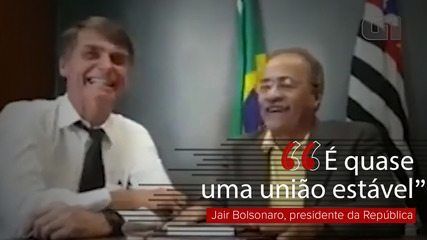 These were the details of the news Senator Chico Rodrigues had R $ 33,000 in his underwear; ... for this day. We hope that we have succeeded by giving you the full details and information. To follow all our news, you can subscribe to the alerts system or to one of our different systems to provide you with all that is new.