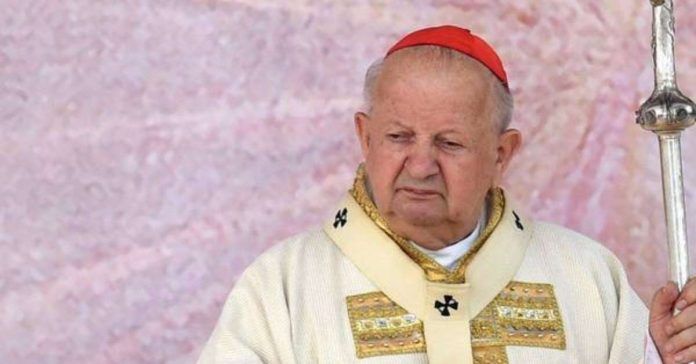 In yet another episode of Poland’s sexual abuse scandal, a victim of the crimes accused the historic secretary of Pope John Paul II, Cardinal Stanislaw Dziwisz, of ignoring his allegations.

Piotr Szelag, lawyer for Janusz Szymik, a long-time victim of Father Jan Wodniak, said that his client sent letters in 2012 to the cardinal, who at that time was bishop of the Krakow Diocese, about the crimes he suffered between 1984 and 1989 .

“Even though in 2012 he had no legal obligation as a bishop, Cardinal Dziwisz could have reported the whole case to the Vatican, but he did not,” Szelag accused.

After broadcasting the interview, the cardinal said he “does not remember having received any documents” about the case that year.

Lamenting the “enormous damage done to Mr. Janusz Szymik”, the religious also said that “episodes of this type should never happen”.

“Furthermore, after having made the control of the relative records [ao caso] in the Curia, there was no trace of correspondence from anyone to me on this case, “added Dziwisz. However, because he was” willing to cooperate fully “in the scandal, the cardinal said he wants to deepen the complaints and created an independent commission to investigate them. .

Denunciations of pedophilia by priests in Poland have been running for years and started to gain strength last year with the publication of a documentary on reports of sexual abuse. Documentary filmmaker Tomasz Sekielski returned to publishing a film on the subject in May this year.

As a result, Gniezno’s archbishop, Wojciech Polak, at the time asked the Vatican to open a formal investigation into the allegations. .

Why is covid-19 so infectious?

These were the details of the news Ex-secretary of John Paul II accused of abuse for this day. We hope that we have succeeded by giving you the full details and information. To follow all our news, you can subscribe to the alerts system or to one of our different systems to provide you with all that is new.