If, today, our natural satellite is devoid of a magnetic field, scientists have discovered that the latter would have indeed included one before. It would even have protected our planet 4 billion years ago.

The Moon has not had a magnetic field for about a billion years, estimates an MIT study published this year. However, it is more than 4 billion years old, our satellite – then twice as close to us as it is today – hada field at least as strong as that of the Earth. This information has just been revealed in a study conducted by a group of scientists at NASA.

Magnetic fields that are both rivals and allies

By analyzing samples of lunar debris brought back from previous Apollo missions, and dating between 4.2 and 3.4 billion years ago, researchers led by physicist James Green have thus managed to model the interactions between our own magnetic field terrestrial and that of the Moon at the time. They thus came to the conclusion that not only the two fields were capable of interfering with each other, but above all thatthey had probably combined at a certain period, in order to create a protective magnetosphere surrounding the Earth and the Moon. It was only by moving away from us that our satellite lost its magnetic field, killing the magnetosphere that connected us to it.

An astonishing phenomenon, reported by the site New Scientist, but without which life would probably never have appeared on Earth. Indeed, scientists estimate that 4 billion years ago, the Sun was much more active than it is today, ejecting up to 100 times more radioactive particles. Faced with the power of the fiery star, the Earth should have been stripped of its atmosphere very quickly, making it difficult for life to appear on its surface, without the intervention of the old lunar magnetic field. “We now know that we had help, and that this help came from the Moon”, explains James Green. To confirm their theory, the NASA group of researchers soon hope to be able to study lunar samples from the Selene poles, in order to discover particles from the Earth’s atmosphere that have passed between the two magnetic fields. 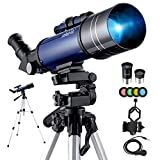 *The article has been translated based on the content of Source link by https://www.journaldugeek.com/2020/10/16/espace-champ-magnetique-lune-terre/
. If there is any problem regarding the content, copyright, please leave a report below the article. We will try to process as quickly as possible to protect the rights of the author. Thank you very much!

These were the details of the news The old magnetic field of the Moon would have saved the... for this day. We hope that we have succeeded by giving you the full details and information. To follow all our news, you can subscribe to the alerts system or to one of our different systems to provide you with all that is new.