The new iPhone 12 Pro Max has a 6.7-inch screen that is almost twice the size of the original iPhone released in 2007.

A new study suggests that Apple smartphones could be larger than a MacBook in 20 years if this sizing trend continues.

The phone accessory company Wrappz analyzed the development of smartphones by Apple, Samsung and other top manufacturers.

According to his findings, the iPhone has grown five percent every year since it debuted in 2007.

Scroll down for video

The iPhone started out a little bigger than a credit card. However, if Apple continues to grow its size by five percent a year, it will be bigger than a Mac keyboard in 20 years

“From camera quality to the advancement of technology networks, the iPhone has seen a number of changes since it was launched in 2007,” said Wrappz. “Perhaps the most noticeable change we saw, however, was the magnification.”

While the first iPhone in 2007 had a screen size of just 3.5 inches, the recently announced iPhone 12 Pro Max is almost twice as big at 6.7 inches. Overall, this corresponds to an increase of 91 percent and an average growth of 5 percent compared to the previous year. ‚

Apple kept the iPhone at 3.5 inches until the iPhone 5, which had a 4-inch screen.

This size was maintained until 2014 when the iPhone 6 Plus was launched with a length of 5.5 inches. 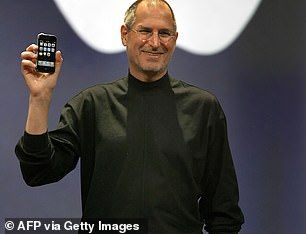 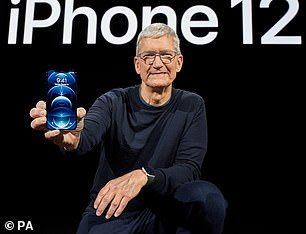 The first iPhone (left) had a screen size of just 3.5 inches, while the new iPhone 12 Pro Max (right) is almost twice as big at 6.7 inches. Overall, this corresponds to an increase of 91 percent and an average growth of 5 percent compared to the previous year, according to the study by the telephone accessory company Wrappz.

An average woman’s hand is 6.8 inches while the hand of a typical adult male is 7.6 inches.

If the iPhone follows its current trajectory, it will be 6.9 inches by next year and 7.9 inches by 2024.

“While a large display offers a great user experience, it is clear that a compromise will be required in the years to come to ensure that smartphones remain practical,” Wrappz director Liam Williams said in a statement.

“As research continues to develop cutting-edge technology, Apple will strive to stay one step ahead of the competition by implementing the latest technological advances over the next two decades.” 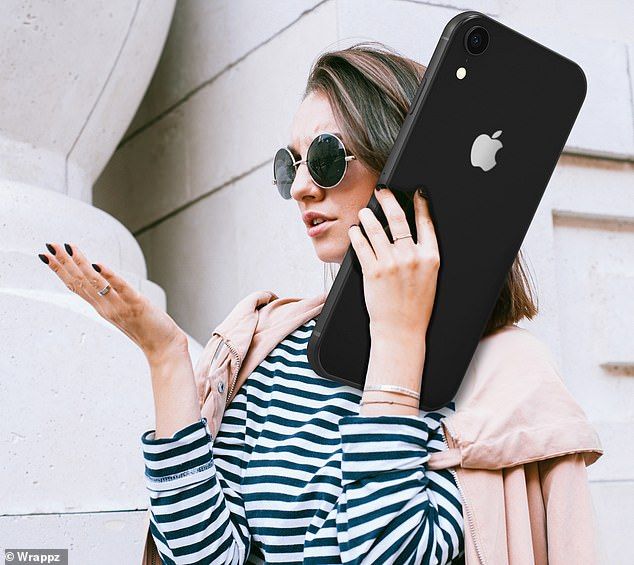 If Apple continued to grow its iPhone 5 percent a year, the popular device would be a foot and a half tall by 2040. (Artist rendering shown)

Other popular smartphones are also growing up: the Huawei P1 reached a speed of 4.3 inches when it was launched in 2012, while the current Huawei Mate 40 is almost 6.6 inches, which corresponds to an increase of 4 percent per year. 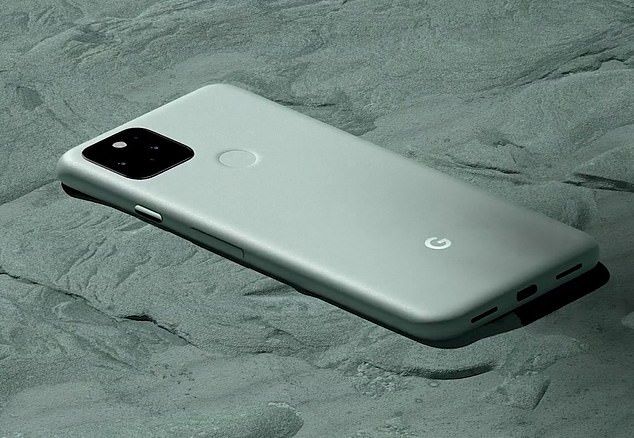 Google presented its Pixel 5 smartphone at the end of September. The latest iteration is 6 inches long and 20 percent larger than the original pixel

The Google Pixel was 5 inches tall when it debuted in 2016, while the new Pixel 5 is 6 inches – an overall growth of 20 percent.

In a recent survey by Android Authority, 75 percent of respondents said phones are getting too big.

As Wrappz points out, not only are larger phones unwieldy, they can also cause a variety of injuries – including Smartphone Pinky, Tech Neck, and Text Claw – especially to younger users.

These were the details of the news 2040 iPhone “bigger than wine bottle” if the size trend continues for this day. We hope that we have succeeded by giving you the full details and information. To follow all our news, you can subscribe to the alerts system or to one of our different systems to provide you with all that is new.

PREV 2365% coverage of individual subscription in “STC Solutions” .. Allocating a...
NEXT European shares fall on technology losses and slowdown in China’s economy