STORY WITH A BIG AX

Historians were already in a lateral position of safety when the project was announced. They are not at the end of their sentences. And that’s quite logical, because The revolution, from the first seconds of his first episode, sets things straight: this is a “different story”, in other words a pure and hard uchronia, who does not shrink from any anachronism to achieve his ends.

Enough to free oneself definitively from the rigorous shackles often imposed by the treatment of this kind of period in France, and to make the French Revolution a pop historical gap, prompt – and we suspect that Netflix is ​​putting a lot on this – to flirt with Americans.

Hence the very modern characterization of these revolutionaries who are not really revolutionaries, and the use of many recent techniques, including a 300% synthetic soundtrack that does not bother at the end to make the synths fart in crescendos worthy of a contemporary blockbuster trailer. In short, The revolution fully assumes its artificiality, its nagging rewrite of History. A gesture to salute: the French have been waiting for years for a new Pact of wolves…

And technically, the series is up to the task. It is by far the best-produced French Netflix series, since it enjoys a very pleasant image, sometimes even daring to decide with the lazy lighting typical of the firm’s in-house productions to compose much more complex shots. than the average. The special effects, meanwhile, are simply flawless, including when they indulge in uninhibited gore, very welcome, especially in the last episodes. Marilou Aussilloux, soon on the bill of Adieu les cons

This was necessary to introduce the fantastic element, which interferes and provokes this revisited revolt: voodoo and its effects on the nobles. Zombies in a way, endowed with a special… consciousness. Influenced by Kingdom, the authors motivate all the stakes thanks to this threat, supposed a priori to follow in the footsteps of George A. Romero, to the point that the end of season 1 ends with the most famous quote from Zombie.

Still, this cheeky mea culpa which opens the series makes it possible to swallow many snakes, in a general I-do not care which often borders on the ridiculous. The series quickly goes well beyond the caricature of this period to caricature itself.

The precision is still very much ahead of its time with the hero’s medical instruments or vintage rifles that can be drawn – as desired – such as berettas or snipers. When the famous Resistance, supposed to stand up to the nobility, chooses, as a rallying sign, a tattooed circle on the forearm (discretion guaranteed), or when the characters bump into each other in defiance of all spatial rules, it is not the historical coherence that is diminished, but the coherence of the story. 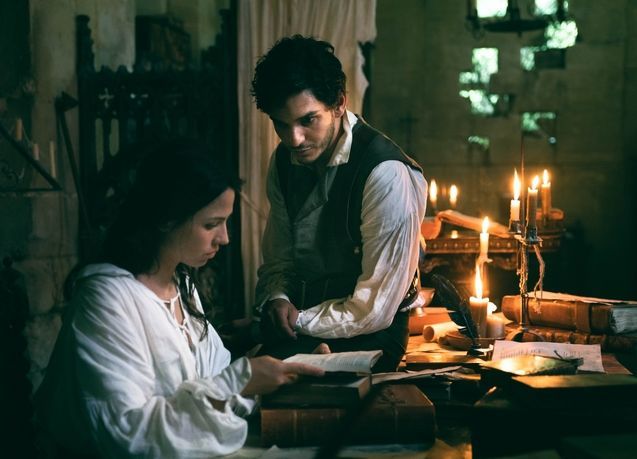 The reason ? In order to escape the rigorous historical straitjacket, the series is imbued with another straitjacket: la formule Netflix. Is there an algorithm specific to the platform? Do the authors ape their recipe on purpose, or is it a prerequisite to be produced? Hard to know, but it is obvious that The revolution follows a pre-established pattern, not so much suited to the period being treated, since references to the true Revolution boil down to a series of crude winks. The leader of the resistance is called Marianne, the zombies’ blood is blue and they must be beheaded to defeat them: this is the (subtle) essential of the relationship to our history, in fact never really developed.

“The other story” claimed by the scriptwriting duo in an interview with Premiere is actually above all a decal of a purely narrative and absolutely contemporary structure, taking great care to drown its aesthetic qualities in a deluge of intermingled sub-plots, interacting with each other through an endless string of sententious dialogues. The mixture of genres that could have supplanted a thematic poverty that was ultimately not so important disappears completely, buried in this infernal mechanism, cold and atrociously Manichean. It gives to see sacred acts of boasting (Julien Frison gives it to their heart’s content in the neurotic cable farting) and a treatment of the class struggle within the old regime, to say the least simplistic. Neither really horrifying, nor really funny, nor really relevant and bruised by an academicism that takes good care to undermine its few visual findings, The revolution is like all the classic productions of the firm. It’s a pure screenwriter’s playground, mechanically opposing 250 characters who are gradually divided into two camps, until a final micro-battle which at least has for her to be generous – even if it means sitting on the elegance of her staging – … and a cliffhanger of madness.

The last episode thus concludes with an opening begging its audience to claim a season 2 and promising in a daring snub to explain one of the only real mysteries of the series much later. Molas and Guasti, inspired by the latest trilogy of The Planet of the Apes, intend to embark on two new bursts of episodes after that, to end with the storming of the Bastille. So do not already expect the revolution promised by the title: this season 1 is just a starter, which basically only seeks to hook the spectators enough to justify a sequel.

Did French genre fiction need to be cast in such a mold, which follows rather than fascinates? Is this the price to pay to see historical zombies afford a peasant steak? The followers of Franco-French contempt, seeing the horrific experiments in France straight away, will say “it’s laughable”. We will rather conclude by saying: “it is a pity”.

The Revolution is available in full on Netflix since October 16, 2020 in France 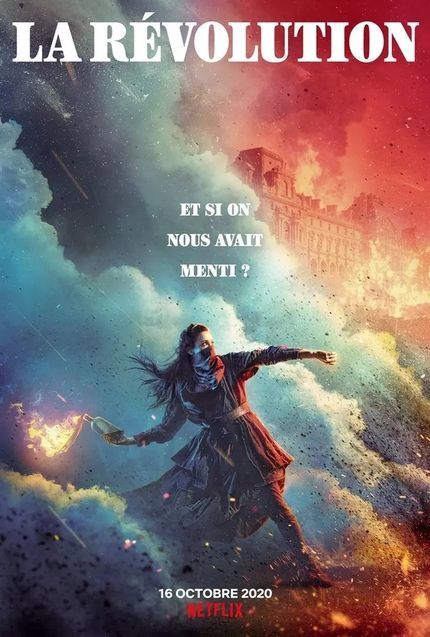 These were the details of the news The Revolution season 1: review of the non-revolution Netflix – season... for this day. We hope that we have succeeded by giving you the full details and information. To follow all our news, you can subscribe to the alerts system or to one of our different systems to provide you with all that is new.

PREV FilGoal | News | Pyramids: Islam Issa is in...
NEXT The first comment from the Tunisian Renaissance Movement on the appointment...