Jasmine Nguyen says she comes from people with a history of resilience.

The daughter of Vietnamese refugees, Ms. Nguyen, said the privilege of being born in Australia is ingrained in her, along with a sense of responsibility to “give back”.

This year, the 23-year-old is running for a seat on the Brimbank Council in Melbourne’s western suburbs.

She is one of several candidates from diverse cultural backgrounds who are running for the Victorian local government elections.

They want a more diverse representation when the mail-in vote ends next week.

Ms. Nguyen’s mother, the daughter of a colonel in the South Vietnamese Army, fled the war-torn country as a teenager.

It was on the escape boat that she met Ms. Nguyen’s father for the first time.

“This is the first date – a very dramatic dating,” said Ms. Nguyen.

Her parents were afraid of encountering pirates, of being caught by the government – which could have resulted in prison or death – or of sinking.

After three days, they were intercepted and taken to a refugee camp in Malaysia before being relocated to Australia in 1982.

Ms. Nguyen said her parents were incredibly grateful to Australia for being welcomed and for the education and opportunity, including the freedom to express yourself and choose in a democracy.

This year it has been 45 years since the first Vietnamese refugees came to Australia in 1975, and Ms. Nguyen is one of six second-generation Vietnamese Australians who will apply for council seats in 2020.

“There are still not enough representatives of Vietnamese Australians in leadership, media and politics,” said Ms. Nguyen.

Brimbank is one of the state’s most multicultural local governments. Almost half of the population is born abroad.

Ms. Nguyen said youth demographics are also underrepresented, although 40 percent of the local population is under 30 years old.

“Representation is really important because you have to have different perspectives on the council,” she said.

What does it mean to adapt? 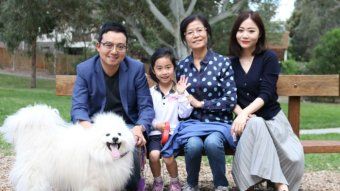 When Lily Yan first walked into an Australian pub, locals stopped and stared at her. But she didn’t let a few strange looks stop her.

Historically, ethnic minorities such as Greeks, Italians and Vietnamese in Australia have faced not only the challenge of learning a new language in a foreign country, but also racism.

“The Vietnamese-Australian community can empathize with the new waves of migrants and refugees. As one of the more established communities in Australia, we want to give back to them and help them too, ”she said.

“It is important to accept both cultures, to use them as strengths and not as disadvantages.”

Amina Liban: Don’t put a blanket on all Africans, Muslims

Amina Liban was only seven years old when she and her family moved to Australia from Somalia.

Ms. Liban came from a completely different culture and said it was “quite a shock” to her and her eight siblings at the time.

She never thought that 20 years later she would run for a seat on the council in Banyule, northeast Melbourne.

Although she has seen advances in Victoria in terms of cultural acceptance and inclusivity, she told ABC that there is still a lack of opportunities for people with color.

“It’s like trying to serve a particular community [but] If you are culturally unaware to meet these community needs then how do you provide the best service? “

Ms. Liban said she wanted to represent people of African heritage and Muslim beliefs like her, but she also wanted to include more women.

“Within the council as a whole, I think there aren’t any [enough] Gender equality, “she said.

Ms. Liban said it was disappointing to see “very ugly” stigma on her community during the pandemic.

Two Melbourne public housing estates were closed in July. Some African-Australian residents told ABC that they felt they were “in prison”.

A fairy tale about two cities 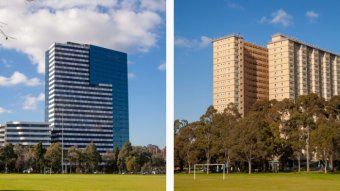 “The changes I hope to make [are] … Educate people, be a voice and stand up for them [for] she, “she said.

“Just ask … or find out what certain communities are about instead of covering all Africans, Muslims or anyone in general.”

She hopes her council run will be a way to end the stigma of people from different cultural backgrounds.

“Ultimately, they are free to think what they want, but what they think or what they have in mind is not really what reality is.”

Calvin Chin: “Be proud of our own ethnic background”

The Malaysian Chinese Calvin Chin has worked a lot as an engineer and in corporate management over the past 34 years.

He is aiming for partial retirement, but wants to make good use of his skills and background.

“The conclusion was that I have to represent the new Australians, the migrants and, best of all, the Asian ethnic groups,” he said.

Mr. Chin is one of 20 candidates with Chinese heritage running for a seat on the council – in his case, he is running for the first time as a liberal candidate for the Monash City Council.

Although nearly a quarter of the local population is of Chinese descent, only one of the 10 current councilors is of Chinese background.

“A lot of Asian migrants here are first generation … their voices are not heard,” he said.

“First, because they are culturally different. You don’t speak loudly. They are shy.

“Second, language barrier. They don’t want to or don’t know how to communicate with the people, council members. “

Mr. Chin said his campaign on Facebook received a mixture of comments, some of which were “very negative” and “totally off the topic”.

“Caucasians, half of them will say, ‘that’s good, Calvin,’ and the other half – a small percent – will say, ‘stop the Chinese eating bats’ … So you have a mixed bag of people.”

Mr. Chin said the current tensions between Australia and China have weighed on candidates like him.

This week, another candidate, Li Zhang, who ran for the Glen Eira council, told the age at which she was cyberbullied and accused of being a Chinese Communist Party agent.

However, Mr. Chin hopes the political tension will be temporary. He says migrants should be proud of their ethnic background.

“I think that will change,” said Chin.

“We have to be proud of our own ethnic background. That said, it doesn’t matter if you are Indian, Chinese or any other ethnicity, you stick to your ethnic tradition and culture.

“This will make Australia a very interesting and strong country.”

Praveen Kumar: ‘Amazed by what this land has made available’

Praveen Kumar immigrated from Hyderabad, India to Australia in 1999 at the age of 21.

He started to work hard and was impressed with the “dignity of work” here.

“I was really amazed at what this country was providing for new migrants; how warm they are, ”he said.

“I felt so overwhelmed by the respect I received even though I was a dishwasher.”

Mr Kumar, a Labor candidate for Moreland City Council in inner north Melbourne, said he was always interested in politics.

“It was head down, butt up and working after I hiked here, but I always had an ambition to give back to the community that gave me so much,” he said.

Through his marriage to his wife, who is originally from Kathmandu, he was also embraced by the local Nepalese community.

He wants to make connections with a city in Nepal to celebrate cultures and promote tourism.

He said the South Asian community has made great strides professionally, with doctors, engineers and business people playing key roles in society, but remaining underrepresented politically.

“And I thought I wanted to change that and be a voice and an advocate for my community,” he said.

He said new South Asian migrants starting businesses are often unfamiliar with the political system and do not know what support or grants are available to them.

Another issue he wanted to address was domestic violence, and he said the pandemic had also hit Indian and Nepalese international students, many of whom were doing odd jobs in hard-hit sectors.

“Local government is the closest form of government to the community,” he said.

“In the Indian and South Asian diaspora, when they ask, they are very reluctant to ask about anything because they think something is wrong,” he said.

“It’s all about rapprochement. And I think it brings trust among people that you will be heard a little better when you have someone from the background. “

These were the details of the news Multicultural candidates speak out in the Victorian local government elections for this day. We hope that we have succeeded by giving you the full details and information. To follow all our news, you can subscribe to the alerts system or to one of our different systems to provide you with all that is new.

Facebook “will change its name next week” .. the full story

Facebook “will change its name next week” .. the full story