The nickname “The Land of the Long White Cloud” could soon take on a new meaning in New Zealand if its citizens vote in an overshadowed referendum this weekend for the legalization of recreational marijuana use.

It is the first time a country has put the legalization of cannabis use among the population through a referendum.

And it will take place alongside a national election that will either re-elect Prime Minister Jacinda Ardern or install her conservative National Party rival Judith Collins in the top position.

In normal times, a dramatic reform like this would be a hot electoral issue, but in a campaign dominated by the COVID-19 pandemic, cannabis is not given special attention.

In that case, New Zealand would join Uruguay and Canada as the only countries to fully legalize smoking at the national level, and a whole host of other countries, all of which have eased their approaches.

Eleven US states have done the same, while Democratic presidential candidate Joe Biden plans to decriminalize cannabis use at the federal level when elected next month.

The outcome could have an impact on Australia as well. Some progressive politicians are asking us to follow the example of the Kiwis.

What is New Zealand considering?

If passed, New Zealanders ages 20 and up can buy up to 14 grams of dried marijuana per day and grow two cannabis plants at a time.

You could buy it from a licensed location like a pharmacy and use it on private property or an approved venue.

The proposed legislation restricts the market share of advertising and caps to ensure that no single cannabis producer can dominate the market.

An excise tax on cannabis products will also be introduced, which is an additional source of income for the New Zealand government.

The aim of the reform is to reduce the damage caused by cannabis, eliminate the black market trafficking, control the quality of cannabis and reduce the likelihood of young people getting their hands on it. 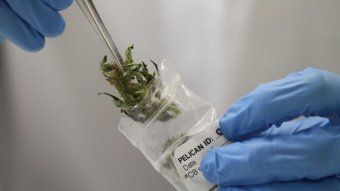 Does medical cannabis work? Look at the evidence for different conditions.

It looks less likely, but some are optimistic that the vote will be successful.

Support has declined over the past year. According to the respected pollster Colmar Brunton, only 35 percent of those polled in September wanted smoking to be legalized.

That’s a decrease of 40 percent in June and 43 percent in November last year.

These numbers are in line with another recent survey by Newshub Reid Research that found 50.5 percent against and 37.9 percent were in favor.

According to a survey by the Helen Clark Foundation and the New Zealand Drug Foundation last week, 49 percent of those polled were in favor of the change, while 45 percent were against it.

It’s worth noting that Helen Clark, the former Prime Minister, is advocating cannabis reform, as is the NZ Drug Foundation.

“It’s just a snap to stop wasting our taxpayers’ money on police helicopters hovering over the kiwi bush chasing ordinary citizens who drink a cannabis joint rather than a glass of wine,” Ms. Clarke said in July.

But even if more than 50 percent of the population voted “yes”, recreational cannabis would not become legal immediately or possibly at all – the new government would still have to submit it to parliament.

Ms. Collins, the leader of the center-right opposition, said her party would speak out against it, while Ms. Ardern, who has admitted having used cannabis in the past, doesn’t say how she will vote in the referendum.

Breaking the Law to Pain Relief 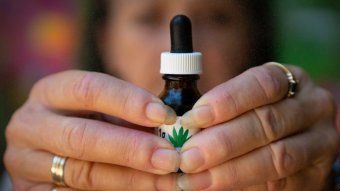 A growing number of elderly Australians are buying home-made cannabis medicines for pain relief, although it is still early stage in scientific research to support the drug’s effectiveness.

Punters in Australia are closely monitoring what is happening in the Tasman.

Australia is a country that broadly supports the decriminalization of marijuana – and this is reflected in the government’s own data.

According to the 2016 National Drug Strategy Household Survey, 74 percent of Australians do not support the possession of cannabis as a criminal offense.

According to the 2020 survey, cannabis was the most widely consumed illicit drug in Australia over the past year. 11.6 percent of Australians consumed them.

For the first time in the history of the survey, cannabis had higher personal approval rates for regular adult use than tobacco – 19.6 percent versus 15.4 percent.

The Australian Greens have stuck to numbers like this; They proposed decriminalization and the creation of a recreational cannabis industry in the 2019 federal elections and are sticking to politics.

“If New Zealand successfully legalizes cannabis, it will be a massive signal to the Australian government that giving people access to cannabis is good policy,” Green leader Adam Bandt told ABC.

“If done right, it will reduce damage, increase protection for vulnerable people and break the business model of criminal gangs. If the government does not recognize the benefits of legalizing recreational cannabis, it is ignoring the massive benefits of a controlled industry. “

The Greens will not win an election immediately, but the legalization of cannabis could be one of their demands if Labor ever needs help in forming a minority government in the future.

Ms. Arden won the NZ Greens Party’s support in 2017 by agreeing to legalize cannabis through this referendum. So it’s not as far-fetched as you might think.

“We followed New Zealand to give women voice and equality in marriage. Perhaps we will follow them on this important social issue, ”said Ms. Patten, who is also a member of the Victorian Inquiry currently looking into cannabis reform in this state.

“It’s a sound approach from a law and order perspective, but it also brings much-needed tax revenue that is often used for health services and education.”

However, a federal health minister’s spokesman Greg Hunt said the Australian government does not support the legalization of recreational cannabis.

“While many Australians view cannabis use as harmless, almost a quarter of Australian drug and alcohol treatment services are provided to people who identify cannabis as their main concern (roughly the same number of treatment episodes as for amphetamine use),” the spokesman said.

The Australian government’s approach is to prevent and delay first-time use, allow access to treatment and support services, and prevent and interrupt the supply of cannabis to reduce availability.

But there is a footnote.

“Issues related to the legalization or decriminalization of cannabis are primarily a matter for the states and territories,” the spokesman said.

The ACT is the only jurisdiction in Australia that has legalized cannabis for personal use (although reforms did not go so far as to create a market for production, purchase and sale), and the federal government has not repealed those reforms despite the power to .

“I see the ACT model as more of a decriminalization than legalization, but the federal government’s stance on the ACT is interesting because they basically have a veto right against these laws, but they let it go,” said Ms. Patten.

What reforms is Australia considering?

The only reforms under consideration here concern low-dose cannabis medicines like cannabidiol (CBD) – definitely not as dramatic as New Zealand’s proposal for a recreational industry or Mr Biden’s promise to legalize recreational use at a national level in America.

Who Can Get Medical Marijuana? 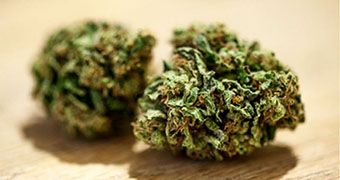 The federal government has approved the sale of medical marijuana, but it still won’t be easy for people to get a prescription.

The Australian Medicines Agency Regulic Goods Administration is currently considering a proposal that low-dose CBD products should be available over-the-counter early next year.

Currently, people using medical cannabis products in Australia will need a doctor’s script to purchase them even if they only contain CBD.

However, these CBD products, which can be used to treat epilepsy, chronic pain and inflammation, anxiety, and insomnia, do not contain THC, the psychoactive element that makes you sky high.

Take this home with you?

While the federal government supports the medical cannabis industry, don’t expect any further changes at the national level regarding recreational use in the near future, regardless of New Zealand’s outcome.

These were the details of the news Legal cannabis in New Zealand? Kiwis are voting on more... for this day. We hope that we have succeeded by giving you the full details and information. To follow all our news, you can subscribe to the alerts system or to one of our different systems to provide you with all that is new.