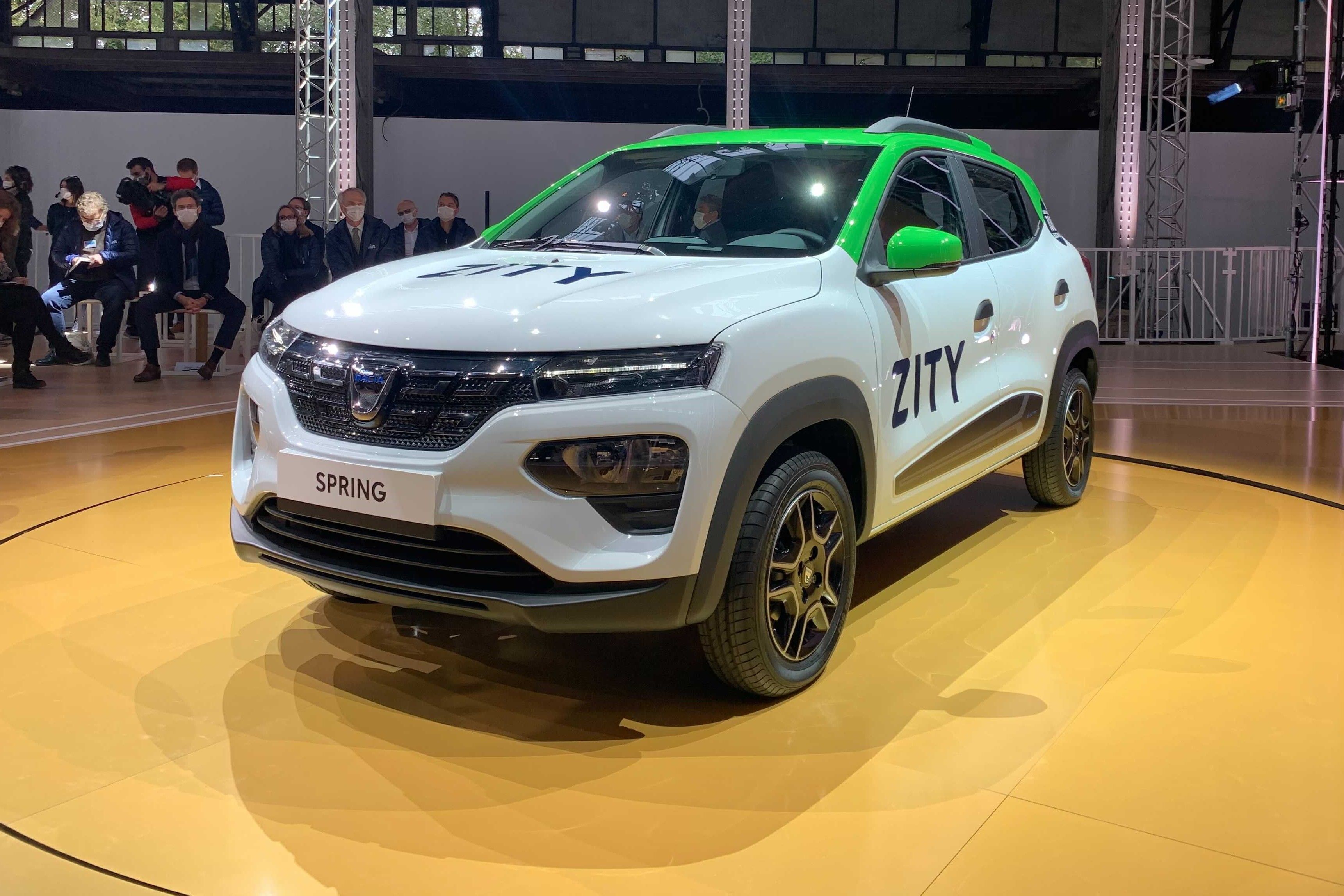 With Spring Electric, Dacia intends to democratize the electric car with a small city car imported from China at an unbeatable price.

Playing the low cost card (low cost) of the Renault group, the Romanian firm unveiled the Spring on October 15 alongside the Mégane eVision during an event called eWays. For CEO Luca de Meo, it’s “The Logan of the electric car”, an access model that will reach a new category of buyers (including second-hand).

To know the origins of the Dacia Spring, you have to travel thousands of kilometers and head for India. In 2015, Renault launched the Kwid, a small city car with the false air of an SUV cut for the local car market. In 2019, the Chinese subsidiary is using it to transform it into electric. It then became the City K-ZE and offered for less than 10,000 euros.

Faced with the growing enthusiasm of the French and Europeans for the electric car, Renault has decided to import it to the Old Continent and entrust the marketing to its Dacia. Revealed as a concept in March, the Dacia Spring now appears in its production version.

On the aesthetic, no surprise. With the exception of the rear lights and the grille, Dacia’s electric car is identical to its Chinese cousin. In dimensions, the Spring will be the smallest car marketed by Dacia. It is 3.74 meters long, 32 cm shorter than a Sandero and 35 shorter than the Renault ZOE. Its width of 1.62 m excluding mirrors is 10 cm less than its big sister, while its height of 1.51 m gives it the appearance of a small SUV.

Although its presentation takes us back 10 years, it is not for all that rustic. It does not smell of the techno atmosphere of a Tesla or the audacity of a Peugeot e-208, but knows how to be modern and livable. The photos that Dacia gives us are probably in high finish, but we appreciate the simple and efficient instrumentation and the 7-inch central screen with GPS sufficient in size for ordinary people. Dacia also adds blue inserts and two-tone seats to kill the black monotony. 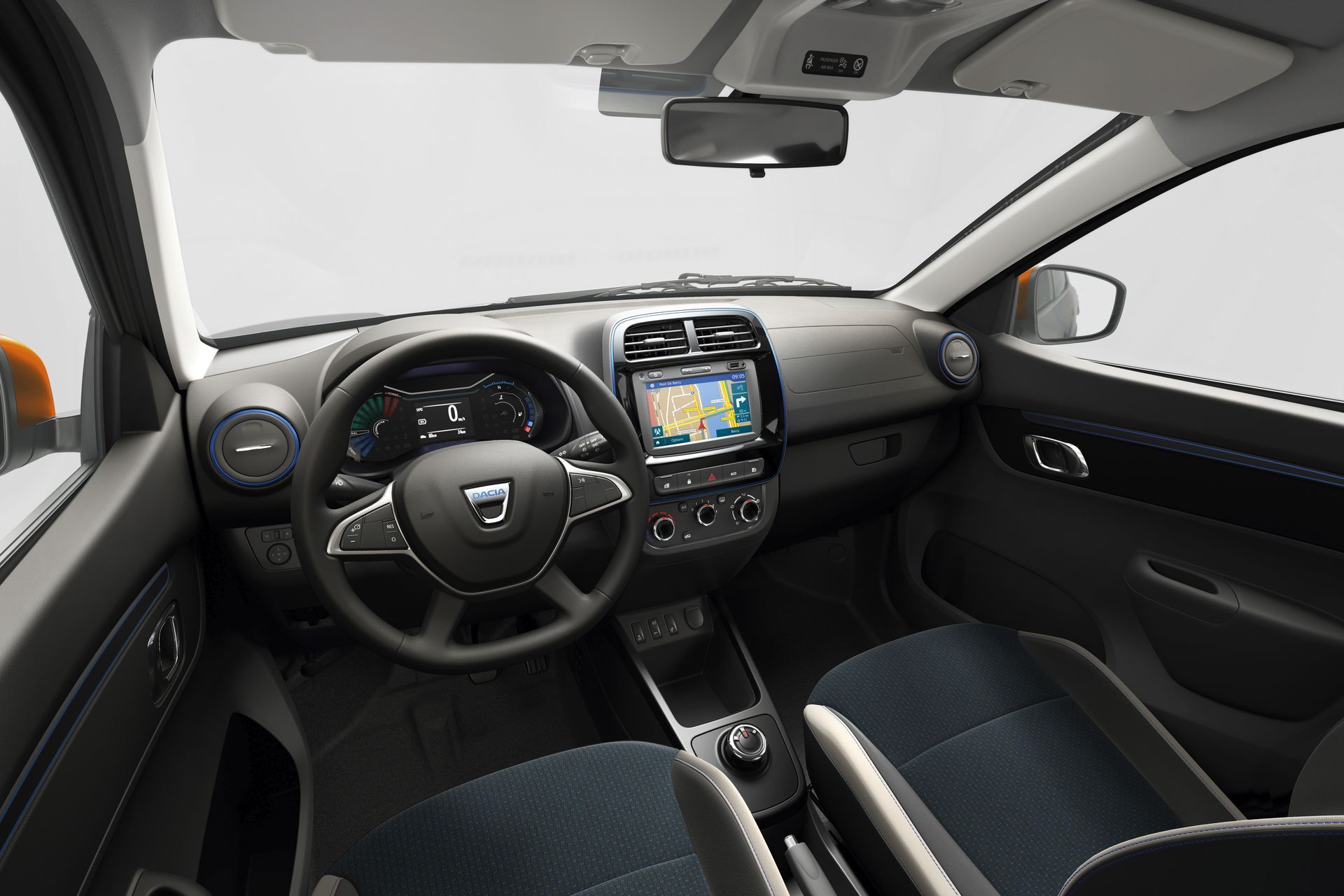 The width at the elbows does not promise miracles, but the headroom will delight the large templates of the Automobile-Propre team. The 300-liter trunk is also worthy of some large city cars and close to a ZOE (338 liters). The equipment can – as an option – adopt the reversing camera, air conditioning, multimedia system or electric mirrors. As standard, only the central locking and the 4 electric windows are known.

225 km per charge for the Dacia Spring

Technically, the Dacia Spring Electric retains everything from the Renault City K-ZE. The electric motor delivers 44 hp (33 kW) of power and allows 125 km / h of top speed while the battery capacity stands at 26.8 kWh. In terms of range, the European WLTP cycle delivers 225 theoretical km and even 295 km in the urban cycle. The brand has also integrated an ECO mode limiting the power to 23 kW, to increase the range by 10% (247 km).

Charging takes place through the hatch concealed in the grille. It climbs up to 6.6 kW in alternating current (AC) on a Type 2 socket. At this power, it would take 5 hours of recharging. For the most demanding, an option with Combo port will allow an increase to 30 kW on terminals delivering direct current (DC). It would then take 30 minutes to recover 80% of the battery. 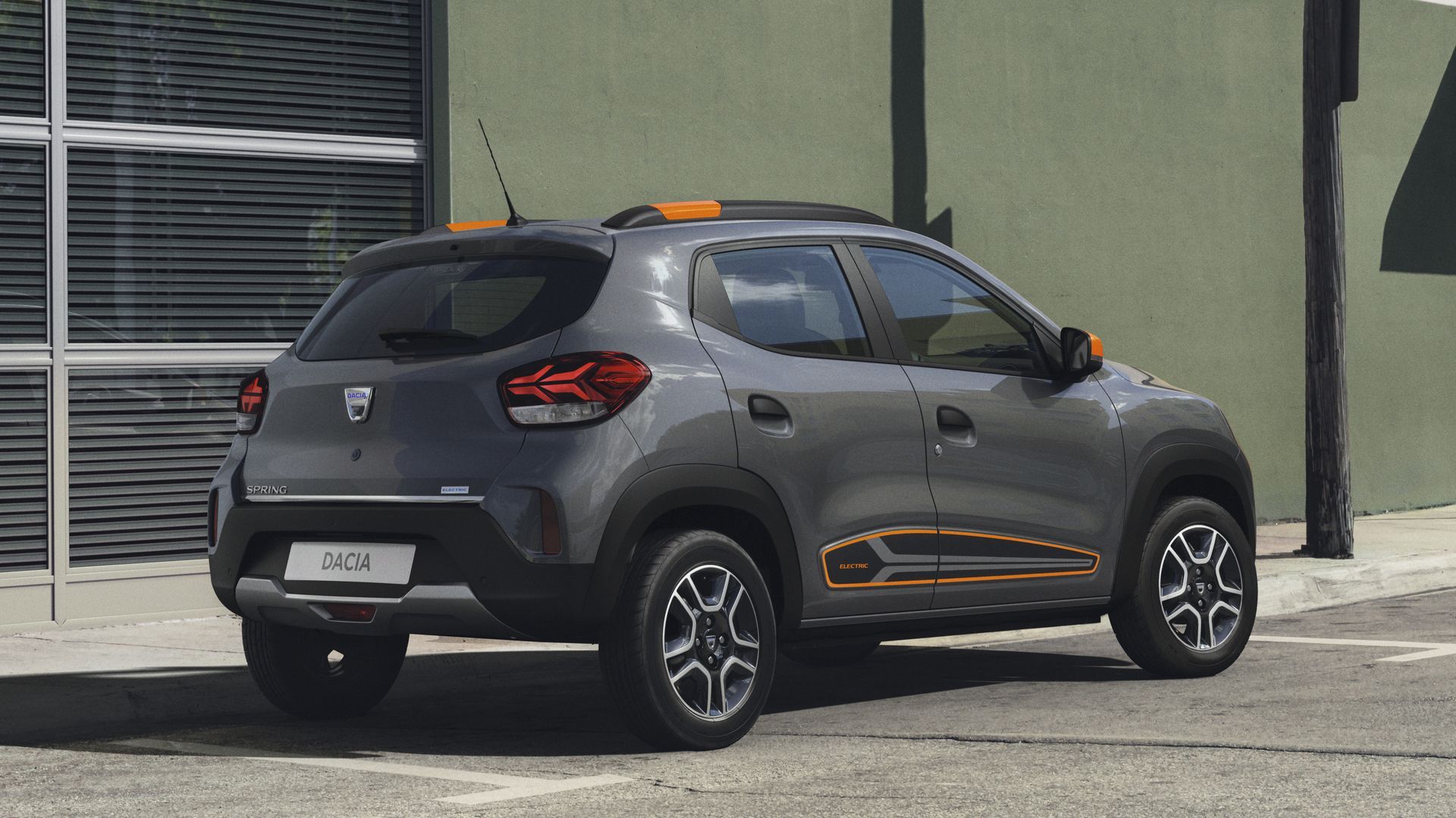 In Europe, the Dacia Spring would be unrivaled in the short term. Several manufacturers are nevertheless considering investing in the segment. Volkswagen is reportedly working on the development of a small ID.1, while a range of electric mini-city cars remains under discussion at PSA to replace the 108-C1 which will no longer be commonly developed with Toyota’s Aygo. Planning to launch an electric Panda in 2023, FCA could carry the project alongside the French group.

In the meantime, the Dacia Spring will be extended to the Zity car-sharing network, in order to fight effectively against PSA’s Free2Move offer with its Citroën Ami, e-208 and i0n / C-Zero. Its dedicated version (the one with green-white livery) will also be able to comply with other similar services. Dacia’s small electric will also be available in utility, the Spring Cargo. In a two-seater configuration, it will offer a loading volume of up to 800 liters.

These were the details of the news the future electric at an unbeatable price for this day. We hope that we have succeeded by giving you the full details and information. To follow all our news, you can subscribe to the alerts system or to one of our different systems to provide you with all that is new.

PREV A video of a sword from the time of the Crusaders,...
NEXT The first comment from the Tunisian Renaissance Movement on the appointment...