Huawei is one of the brands that has bet the most to change a design language that seems the same in many manufacturers. This has taken it to the extreme at times, like when you removed the physical volume buttons on the Huawei Mate 30 Pro.

We analyze the new Huawei Mate 30 Pro, the company’s first smartphone to be sold without Google applications and services in Spain.

In a few days we will be able to officially know the Huawei Mate 40 Pro, which will arrive in Spain, but today its first official images have been leaked, and the truth is that we cannot say that it is ugly. Not inelegant.

The most striking element is the terminal’s camera module, which is located in a central area and has a circular shape, like its predecessor. It is appreciated that the typical vertical element in the upper left corner is not used as we are seeing in many brands.

This model will not be the most powerful of the company, which prepares a Mate 40 RS and a Mate 40 Pro Plus.

In front we have a 13 Mpx sensor and a depth sensor, which will allow the use of gestures with the mobile.

Features of the Huawei Mate 40 Pro 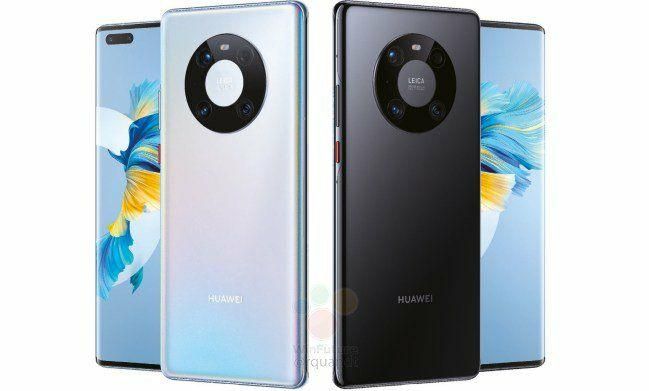 In addition to the design we have been able to know some of its features, such as its screen, with technology OLED, a diagonal of 6.76 inches and a resolution of 2772 x 1344 pixels. Of course, it will be 90 Hz and not 120 Hz like many rivals. And yes, there are curves and very pronounced ones.

The notch is eliminated and a perforation in the screen is used to house not one but two cameras. Under it is the fingerprint sensor.

Only one variant will arrive in Europe, with 8 GB of RAM and 256 GB of internal memory with UFS 3.1 technology. And no memory card slot since it seems that Huawei has given up with the nanoSD.

The battery will be 4400 mAh and will have a fast charging system of 65 W. As expected, it will come with Android (in its version 10) but without Google services and applications.

These were the details of the news The Huawei Mate 40 Pro appears in real images: elegant and... for this day. We hope that we have succeeded by giving you the full details and information. To follow all our news, you can subscribe to the alerts system or to one of our different systems to provide you with all that is new.

PREV UNICEF sounds alarm over abductions of women and children in Haiti
NEXT The first comment from the Tunisian Renaissance Movement on the appointment...