The Black Series is a Mercedes-AMG GT, but even faster. Much, much faster. How did that happen?

On the Lauzitsring, a circuit located in Germany that combines an oval with a curves infield.

The GT Black Series is also available as a P One Edition, an edition only intended for the customers of the Mercedes-AMG One.

The AMG GT Black Series does have a lot of spoilers …

A sports car builder like Ferrari is proud that they can achieve maximum aerodynamic efficiency with rather discreetly integrated spoilers. The Black Series makes no effort to hide its true nature. Neither elegance nor ease of use were a priority for the AMG engineers. It had to and would become a GT3 road racing car. And then we look in the first place at the impressive spoiler work.

A look at the gigantic rear wing of the AMG GT Black Series says it all. Inspired by GT3 racing, this spoiler consists of two wings, a large one nearly the size of an ironing board across the full width of the hefty butt, and a smaller one below and in the middle. The angle of inclination can be adjusted manually, there are three positions. If the driver selects one of the two most sporty driving modes (Sport + or Race), a flap is also activated. It then turns up at an angle of 20 degrees, with the intention of creating extra downward pressure on the rear axle and further improving the handling at very high speeds. At 250 km / h, the downforce is about 300 kilos, which the engineers also required to reinforce the brackets of the carbon fiber tailgate.

In the trunk of the GT Black Series, Mercedes installs two small vertical bars that provide a direct transfer of the downward forces from the spoiler to the chassis. Once you have chosen the angle of the thus adjustable part of the spoiler, it will remain in the same position. In some McLaren models, it also automatically adapts to the needs of the moment, but such a system would have made things even more complex and, above all, heavier, according to the AMG specialists. What they found did not outweigh the added value that was estimated to be very small.

The front wings of the GT3 racer hang under the nose of the Mercedes-AMG GT Black Series, producing 130 kilograms of downforce at 250 km / h – 3.5 times more than with the AMG GT R Pro! Unlike the competition version, you can retract that wing, so that at least you hit a speed bump. Once again, efficiency took precedence over ease of use, because that operation does not take place with electric motors. Under the car are two handles hidden that you have to unlock manually, after which you conjure up the front wing. Nice: on the edge of the spoiler is a fine metal lip that protects the carbon fiber and makes extra sparkles. This part of the racing car is made of wood. 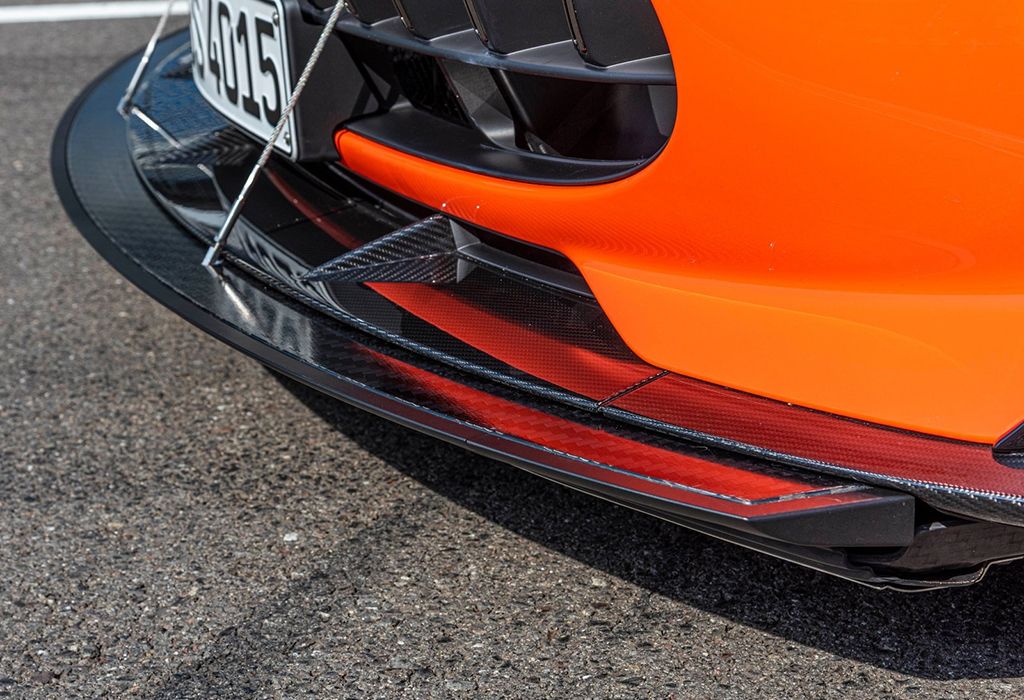 Under the hood is an evolution of the V8 biturbo?

Underneath the bonnet with cooling slots is a V8 biturbo with a displacement of 4 liters, as is the case with the other AMG GT models from Mercedes. Although the base is the same, the block gets a new engine code. The M178 LS2 has therefore been thoroughly addressed, especially the use of a flat crankshaft. This ensures that the V8 spins at a maximum of 7,200 revolutions per minute. At AMG, they are especially proud of the new firing order, which follows the rhythm 1-8-2-7 4-5-3-6. Striking: no trapezoidal, but round tailpipes. Nice to know: at the AMG workshop there are only five people who are sufficiently qualified to work on the engine block of the GT Black Series. 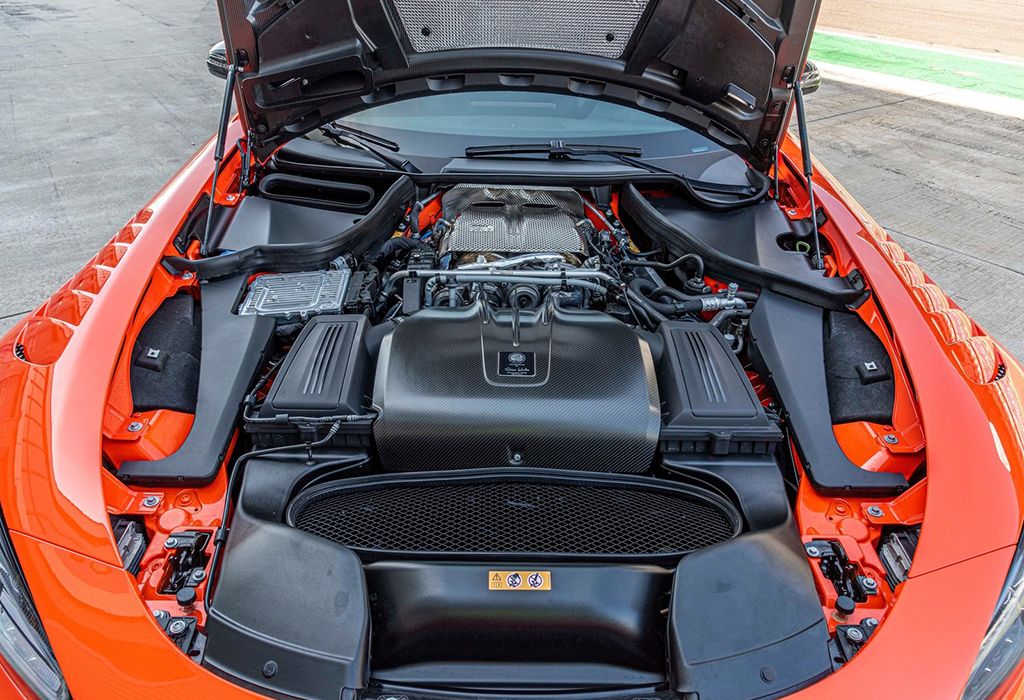 Does the extra downforce ensure that you can master that extra power?

Thanks to its classic concept with a huge front engine, the AMG GT remains a super sports car of the old school, even as a Black Series. The nose with extra cooling slots and aero fins seems endless, while the butt seems even more compact due to the huge wing and the modified diffuser. In the compact cockpit you are practically on the rear axle, with every dot of gas and with every gear change maneuver, the V8 biturbo kicks you hard in the back. The included soundtrack sounds like heavenly music to your ears.

Brute power enough, but the car also shows itself sovereign in the bends with excellent handling. In addition to an efficient chassis, this is also due to the large wheels (19 inches at the front and 20 inches at the rear) with Michelins Pilot Sport Cup 2, specially developed for the AMG GT Black Series. This soft rubber really makes this Mercedes stick to the asphalt. . Together with the unfiltered responses of the chassis and the body’s downforce, confidence grows, which is further enhanced by the great handling that guides you from corner to corner with surgical precision.

A nice bonus is that the seating position behind the steering wheel is just about perfect for people who are not too small or too large. The sports seats, which are made of one piece and made of carbon fiber, are those from the AMG GT R Pro, our test sample adds the almost 8,000 euro Track Pack on top. That includes four-point seat belts, a titanium roll bar and an FIA-approved fire extinguisher. With a yellow button in the center of the dashboard you can adjust the intervention of the traction control to your wishes (and talents). The different riding modes offer a lot of electronic adjustment options, the calibration of the ride height, the camber and the stabilizer bars can be adjusted manually. 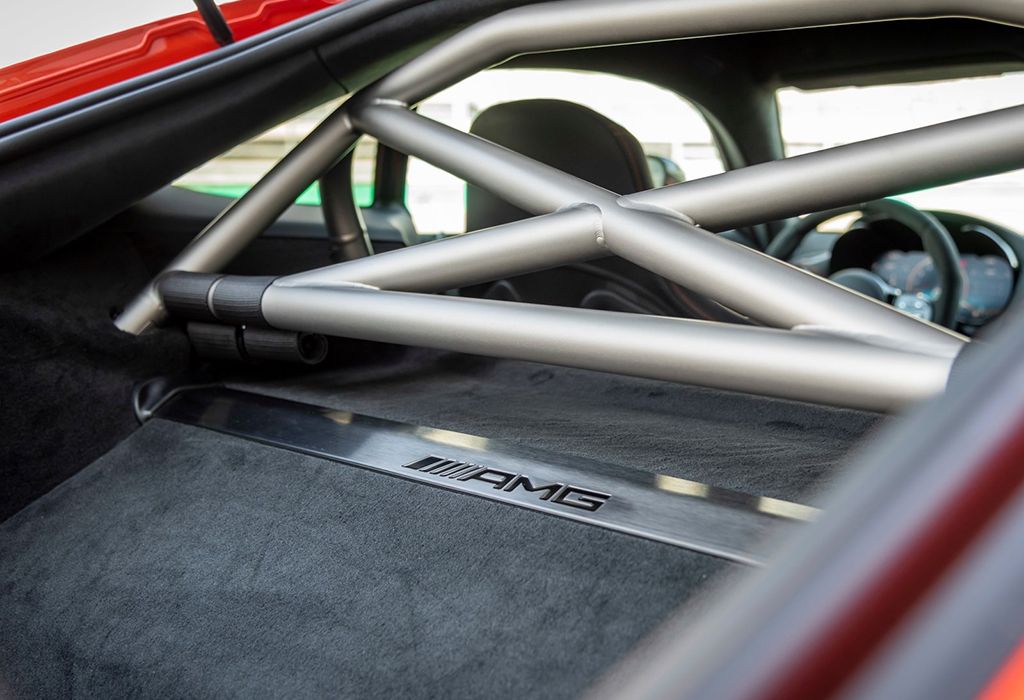 How many copies of the AMG GT Black Series does Mercedes build?

This time there is no maximum number of copies provided, which is also useful if you as a manufacturer want to avoid laughing by the competition (or by us) if you do not lose them all. But Mercedes does say it will only build the GT Black Series for one year, production that started in October this year. Without a numbered plate on the center console, but that doesn’t mean that anyone can walk into a garage of the brand and order one. The car is primarily offered by Mercedes itself to the most loyal customers.

Not immediately to people who have already bought three or four generations of the A-Class, but to those who have already been seduced by AMG equipment and perhaps especially the previous Black Series editions. After all, the SLK 55, the CLK 63, the SL 65 (with V12!), The C Coupé 63 and the SLS were already made. The first dates from 2006 and had an already impressive 400 hp V8, the last came in 2013 with an eight-cylinder 631 hp. But the GT Black Series is a lot tougher, both in terms of power and looks. And price wise, the beast must cost at least $ 359,975. 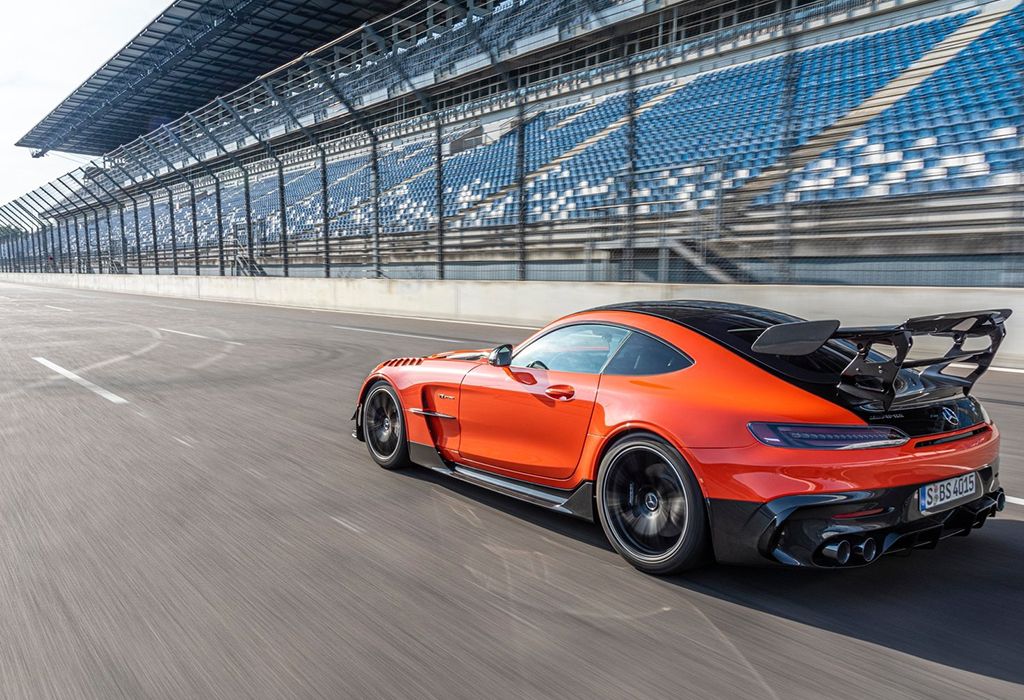 The question remains whether it is not a shame that a car with this kind of efficiency will probably rarely be used for what it was really made for. To which the answer can really only be positive. The Mercedes-AMG GT Black Series is little less than a racing car, which therefore yearns for both the long straights and the curves of a circuit. He devours them with ease, but will probably sooner find a nice place in a collection of exclusive cars and will rarely be allowed to leave it afterwards. And that is a shame. Dead zone.

These were the details of the news Test Mercedes-AMG GT Black Series (2020) for this day. We hope that we have succeeded by giving you the full details and information. To follow all our news, you can subscribe to the alerts system or to one of our different systems to provide you with all that is new.

PREV A specialized scientist reveals the worst consequence that may result from...
NEXT The first comment from the Tunisian Renaissance Movement on the appointment...