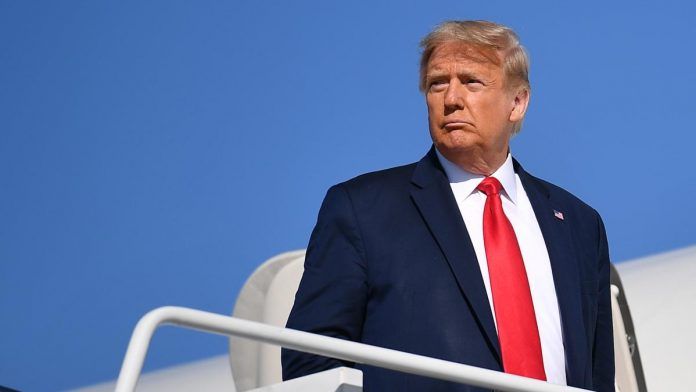 Trump’s Twitter rant against his opponent lasts a full day

Recently, criticism of Donald Trump has grown louder – from a leading Republican of all people. Now the US President is striking back. An answer should follow – because his opponent is also in the election campaign.

US President Donald Trump reacted with sharp words to increasing criticism from within his own ranks. On Saturday, he attacked Nebraska’s Republican Senator Ben Sasse via Twitter, who had been unusually harsh with the president’s style and politics when he spoke to citizens. Sasse was a “burden on the Republican Party and a shame” for his state, wrote Trump on Saturday.

In a telephone question time with voters on Wednesday, the senator said that the president “flirts with white racists, secretly mocks Christian evangelicals and kisses dictators’ butts”. With this, Sasse responded to the question of why he was ready to publicly reprimand a president from his own party. Sasse also criticized Trump’s crisis management in the corona pandemic. Trump’s family deal with the presidency “like a business opportunity,” he said.

Sasse is currently running for a second term as Senator from Nebraska, which is considered a Republican stronghold. He is also being traded as a possible presidential candidate for 2024. Trump’s Twitter rant against Sasse continued throughout the day. He was the most ineffective senator among the 53 Republicans in the House of Representatives and “a person who certainly does not have what it takes to be great,” the president wrote. The party should perhaps look for “a new and more useful candidate,” he also suggested.

Sasse’s spokesman James Wegmann defended the senator’s criticism. He said the same thing to the people of Nebraska that he said repeatedly to the president in the Oval Office, a statement said. Sasse focuses on defending the Republican majority in the Senate. He won’t waste a single minute tweeting.

*The article has been translated based on the content of Source link by https://www.welt.de/politik/ausland/article218077168/USA-Trumps-Twitter-Tirade-gegen-Gegner-dauert-ganzen-Tag.html
. If there is any problem regarding the content, copyright, please leave a report below the article. We will try to process as quickly as possible to protect the rights of the author. Thank you very much!

These were the details of the news USA: Trump’s Twitter rant against opponents lasts all day for this day. We hope that we have succeeded by giving you the full details and information. To follow all our news, you can subscribe to the alerts system or to one of our different systems to provide you with all that is new.

PREV Ukrainian judiciary criticizes Tehran’s failure to fulfill its pledges in the...
NEXT The first comment from the Tunisian Renaissance Movement on the appointment...