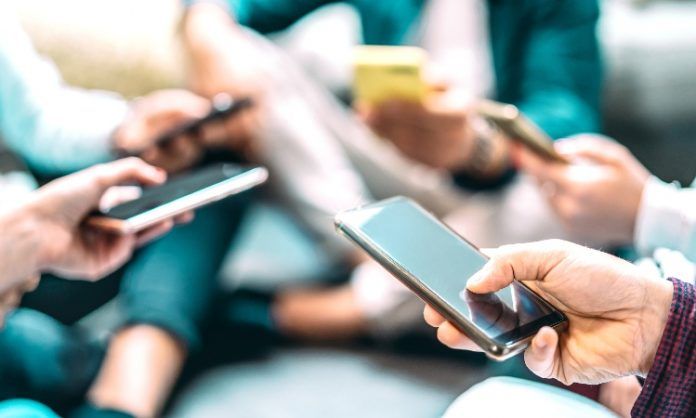 In Mexico City (CDMX), personnel of the Cyber ​​Police of the Secretariat of Citizen Security of the capital (SSC), detected the circulation of audios, videos Y texts in social networks, which describe planning probable kidnappings of young girls in different cities of the country, in order to exploit them sexually in Cuernavaca, Morelos.

What is known about the alleged kidnappings of women who circulate in networks?

After detecting this activity, as part of the patrols conducted by SSC agents in cyberspace, it was found that these panic messages nor specify in which part of the country such action is planned.

However, when performing monitoring on the public Internet network, it was identified that these fake news of possible abductions of women, as indicated by the agency, originated in northern states of the Mexican Republic.

How does the fake news of the kidnapping of women develop in the north of the country?

In Nuevo León, users on social networks affirmed that there are people aboard vans that offer around 10,000 pesos so that women are deprived of their freedom.

Although it should be noted that in relation to this issue, the Nuevo León Prosecutor’s Office explained through a statement that said information “lacks sustenance”.

In the same way, this statement was joined by the states of Sonora Y Sinaloa, who also stated that they do not have reports of alleged abductions of women or events with these characteristics.

What should be done when faced with this type of fake news on social networks?

The Cybernetic Unit of the CDMX SSC urges netizens not to fall for this type of publication and ignore, because there are malicious people who with this type of messages fake news, seek to generate panic among citizens, using sensitive issues such as human trafficking.

To prevent the physical or moral integrity of citizens from being put at risk, especially women who may feel any type of threat, the capital’s dependence through the troops of the Cyber ​​Police They will be pending of any type of truthful information to make it known.

For any questions or guidance, as well as in case of detecting suspicious events in cyberspace, the SSC makes the telephone number of the Cyber ​​Police available to citizens, 55 5242 5100 ext. 5086, the email [email protected] or the official social media accounts @SSC_CDMX, @UCS_GCDMX.

*The article has been translated based on the content of Source link by https://www.unotv.com/estados/ciudad-de-mexico/cdmx-policia-alerta-por-fake-news-de-secuestros-de-mujeres-en-redes/
. If there is any problem regarding the content, copyright, please leave a report below the article. We will try to process as quickly as possible to protect the rights of the author. Thank you very much!

These were the details of the news CDMX: Police alert for fake news of kidnappings of women in... for this day. We hope that we have succeeded by giving you the full details and information. To follow all our news, you can subscribe to the alerts system or to one of our different systems to provide you with all that is new.

PREV A drug that is considered a “turning point” against Corona… does...
NEXT China denies reports it has tested a hypersonic missile that can...