A United States Marines helicopter crew chief said Australian special forces shot and killed a shackled Afghan prisoner after he was told he would not fit on the US plane that was going to pick them up.

He has allowed the ABC to post pictures of him, but has asked that we not use his real name because he feared retaliation.

He has told ABC Investigations that he was a door shooter providing air cover fire to Australian soldiers of the 2nd Command Regiment during a night raid in mid-2012.

The operation took place north of the HMLA-469 base at Camp Bastion in the Afghan province of Helmand.

It was part of a larger joint campaign by the Australian Special Forces and the US Drug Enforcement Agency aimed at illegal drug operations that funded the Taliban insurgency.

“We ran the drug heist, the Aussies actually did a pretty impressive job getting all of the prisoners into arguments,” Josh said.

“We just watched them attack and handcuff these guys, and we knew their hands were tied behind their backs.”

He says the commandos then called the US pilots to pick them up, and about seven prisoners.

He says the Americans only have room for six on the plane.

“And the pilot said, ‘There are too many people, we can’t carry that many passengers.’ And you just heard that silence and then we heard a bang. And then they said, “OK, we have six prisoners.”

“So it was pretty obvious to everyone involved in this mission that they had just killed a prisoner we had just watched catch and hogtie,” he said.

Josh says neither he nor his crew spoke about what just happened.

“We were all recorded on our communications,” he said.

“We were all pretty aware of what we just saw and somehow didn’t want to be involved in what was coming next.”

Josh says he later discussed the incident with his Marine crewmates after he returned to Camp Bastion.

“This was the first time we saw something we couldn’t morally justify because we knew someone was already tied up, ready, captured, and we just saw them kill a prisoner,” he said .

“This isn’t a hot call trying to make a decision. It was a very conscious decision to break the rules of war. “

“I think that was the first thing that happened that didn’t quite suit us, where we said, ‘OK, there is no excuse, there is no ambiguity, there is no handling of this’.”

Do you know more

No system is 100 percent secure, but ProtonMail and Signal can be used to protect your identity using end-to-end encryption. Please read the terms and conditions to find out if this is the best method of communication for you.

“Many fires and corpses were often left behind”

ABC Investigations believes that the Inspector General of the Australian Armed Forces (IGADF) is investigating the murder of at least one prisoner by Australian commandos as part of his investigation into suspected war crimes committed by special forces in Afghanistan.

It is unclear whether this alleged murder was one of the people being investigated.

When a spokesman for the Australian Defense Forces was contacted for a response to this story, he said, “It is inappropriate for the defense to comment on matters that may or may not be the subject of the Afghanistan investigation.”

Josh says he conducted between a dozen and two dozen drug missions with the Australians at 2nd Command in 2012, mostly with aerial cover fire and sometimes with teams of snipers in surveillance positions.

“A lot of us wanted to work with the Australians because we were all like that – I don’t know if bloodthirsty is the right term – but we wanted action. They wanted to shoot. And when you work with the Aussies, you get involved a lot, “he said. “Many walls breached with explosives and many fires and corpses were often left behind.”

He said one of his fellow Navy members was on a mission at the start of his deployment in 2012 and was shocked by what he witnessed during a joint drug operation at the commandos.

“You’re going down to land. As soon as the Aussies leave, someone sits against a wall and watches them land. They got out and put the guy in the chest a few times. “

Josh says his marine colleague later confronted the commandos about the murder.

“We’re not going to work with these damn guys.”

A member of the October platoon of the 2nd Command, who served on this mission, has confirmed that the Americans were dissatisfied with the behavior of some of his comrades.

“Our train driver pulled our train together and said that the [Drug Enforcement Agency] said without a doubt that they will not work with [2nd Commando] November train no longer because of their behavior in the field, “he said.

“In my books it’s murder” 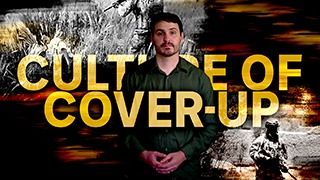 For years the secrets of what the SAS did in the valleys, fields and mud villages of Afghanistan have remained hidden. Until now.

Another command from the October train that was on the mission confirmed to ABC Investigations that the November train had a bad reputation among Americans.

“I remember talking to myself [DEA agent] After that, he said, “We’re never going to date these damn guys again.” Every DEA team that went through there loved working with us and had no problem, but the November train was the first train they got on DEA said they wouldn’t work together, “said the former commando.” Obviously something went wrong. “

Former Marines helicopter crew chief Josh said he has flown dozens of missions with other special forces, including U.S. Marines special operations and the UK’s SAS.

“The [British] SAS has always been incredibly reluctant, at least during the times my friends and I worked with them. Sometimes a frustrating crowd, “he said.

“Everyone else would step on the lines, but the Aussies would only see the line and jump right over it.”

* Name has been changed

These were the details of the news According to the US Navy, Australian special forces soldiers “made a... for this day. We hope that we have succeeded by giving you the full details and information. To follow all our news, you can subscribe to the alerts system or to one of our different systems to provide you with all that is new.

PREV The first Friday prayer in the Grand Mosque without applying social...
NEXT The first comment from the Tunisian Renaissance Movement on the appointment...