WWE Superstar Roman Reigns revealed the potentially life-changing destiny on SmackDown for his Hell In A Cell I Quit Match with Jey Uso this Sunday.

The tribal chief had warned of high stakes for the cousin fight this weekend, and he has certainly kept that promise.

In the main event of the evening, Roman and Paul Heyman came to the ring to address the fans.

Before they could talk, however, Jey Uso appeared on camera in the Universal Champion’s special suite before revealing that he was indeed Jimmy, and took a page from Bella’s Twin Magic playbook.

The Real Jey Attack Rules from behind, grabs a chair but is hit in the face with a boot before firing back with a super kick and top rope splash.

Jimmy accompanied his brother on the ramp to celebrate, but the champion recovered and asked for a microphone.

He revealed that if Jey loses on Sunday, he will be forced to acknowledge his position as tribal chief and take turns, or that both brothers, Naomi and her children (and children’s children) are from the legendary Anoa’i family will come from.

Sometimes WWE – and any wrestling company – can exaggerate announcements like this one, but they met one really big condition to put a massive crease in Sunday’s fight.

It will be the next leg in a beautifully told story, and it almost seems certain that Reigns will still keep the gold.

The determination could allow the Usos to accept him as tribal chief and eventually create the Bloodline faction fans have been looking for before a face turns down the line to repeat that feud when the time is right .

The best of the rest

SmackDown opened with Daniel Bryan as a guest on the KO Show as they discussed the idea of ​​facing each other again while Bryan insisted that the blue brand showcase the best young talent.

Kevin Owens announced that he would like them to get together and fight for the tag team titles – although his guest pointed out that he has cheated on many friends in the past.

Dolph Ziggler and Robert Roode joined in the trash conversation, with The Street Profits and Cesaro and Shinsuke Nakamura also hearing their voices.

It all resulted in a solid eight-man tag match that ended with Montez Ford’s Frog Splash claiming victory for his team.

Bianca Belair next defeated Zelina Vega in a short but sweet match to get herself rolling on SmackDown while Shorty G was destroyed by Lars Sullivan after calling the freak.

The best should come here, however, as Shorty has finally dropped the name and vowed to be Olympic gold medalist Chad Gable again – it’s damn time.

Elsewhere this weekend, Bayley railed about her Hell In A Cell match with Sasha Banks when the SmackDown women’s winner resented having to explain why she hadn’t signed the contract.

The boss came to the ring with the contract, got out her former BFF, and locked the bank statement with a steel chair before forcing her to sign on the dotted line.

This has been a fantastic deal from two stars at the top of their game and they seem ready to steal the show this weekend.

There were some laws and Otis going through the night too, with the Money In The Bank contract holder being held accountable for what The Miz believes was the briefcase’s negligence.

With Ron Simmons as bailiff and JBL as judge, this got off to a solid start, especially with testimony from Tucker, Asuka and Rey Mysterio, and Teddy Long as court reporter.

In the final section of the skit, JBL said Otis didn’t do anything wrong, but before deciding in his favor, Miz brought out some evidence – what looked like a case of money.

JBL immediately ruled in Miz’s favor and he will face Otis at Hell In A Cell on Sunday, with the MITB contract on the line.

Eventually, Seth Rollins announced that he would enjoy beating Murphy before the two clashed in a fantastic match, similar to the former student’s stellar 205 live run.

In the end, the SmackDown rescuer hit the stomp to win before grabbing a kendo stick when Aalyah Mysterio asked Rey and Dominik to help their enemy.

They wanted to stay out of it, so she went to the ring to ask the Messiah to stop, which resulted in Dominik storming the ring and being taken out by Seth.

Rey came down to save with a chair, but the interesting note with Murphy’s expression on his face after saving – everything is not what it seems.

Do you have a story

If you have a celebrity story, video, or picture please contact the Metro.co.uk entertainment team by emailing us at [email protected] send, call 020 3615 2145 or visit our Submit Stuff page love to hear from you.

MORE: WWE’s Paul Heyman says Roman Reigns’ partnership has been in the works since The Shield’s debut 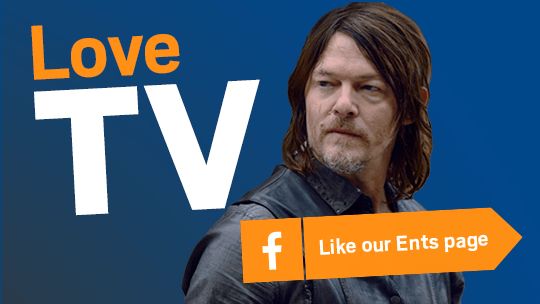 These were the details of the news WWE SmackDown Results: Roman Reigns Reveals Hell In A Cell’s Provisions for this day. We hope that we have succeeded by giving you the full details and information. To follow all our news, you can subscribe to the alerts system or to one of our different systems to provide you with all that is new.

PREV A royal order to terminate the service of the Director of...
NEXT Who are the ministers who will form the nucleus of the...