Saudi Arabia reaffirmed, Friday before the Fourth Committee of the UN General Assembly, its long-standing support for the Moroccan character of the Sahara and for the autonomy initiative presented by the Kingdom, which constitutes “a choice constructive approach aimed at achieving a just and realistic solution ”to this regional dispute.

“The Kingdom of brother Morocco has contributed seriously and in good faith to the efforts under the aegis of the United Nations to achieve a lasting solution to the question of the Moroccan Sahara, and we reaffirm the position of our country supporting and supporting the autonomy initiative presented by the Kingdom of brotherly Morocco, which constitutes a constructive choice aimed at achieving a just and realistic solution ”, declared the Ambassador Permanent Representative of Saudi Arabia to the United Nations to the Commission. Abdallah Al-Mouallimi.

The Ambassador also wished to salute the efforts of the Secretary General of the United Nations “aimed at resuming political negotiations relating to the question of the Moroccan Sahara, in accordance with the parameters established by the Security Council since 2007, in particular resolution 2468 of 30 April 2019 which calls for a political, realistic and lasting solution to the Sahara issue based on compromise ”. 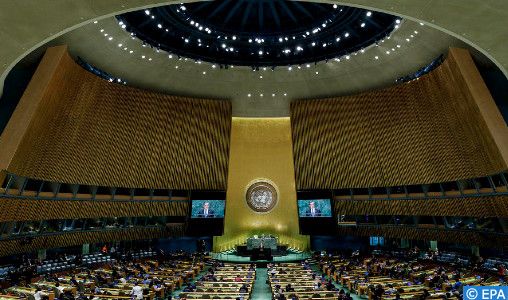 Saudi Arabia also welcomed the holding of the two Geneva round tables which brought together Morocco, Algeria, Mauritania and the Polisario, while stressing the importance of realism and the spirit of compromise. between all the parties concerned, in the sense that any solution to this dispute can only be achieved in an atmosphere marked by calm and appeasement.
The Ambassador also insisted on full respect for the sovereignty and territorial integrity of the Kingdom.

Mr. Al-Mouallimi also praised the efforts made by Morocco aimed at achieving socio-economic development in the Moroccan Sahara region, welcoming in this regard the development program launched in 2015 by the Kingdom and the consecration an envelope of eight billion dollars for the improvement of the standard of living of the populations of the Sahara while allowing them to benefit from the resources of the region.

He also praised Morocco’s important achievements in the field of human rights and its interaction with international human rights mechanisms, as well as the role of the regional commissions of the National Council for Human Rights. man (CNDH) in Laâyoune and Dakhla, whose action has been hailed by the Security Council in all of its resolutions, including 2468. (MAP)

*The article has been translated based on the content of Source link by http://article19.ma/accueil/archives/136130
. If there is any problem regarding the content, copyright, please leave a report below the article. We will try to process as quickly as possible to protect the rights of the author. Thank you very much!

These were the details of the news UN – Saudi Arabia reaffirms its support for the Moroccan character... for this day. We hope that we have succeeded by giving you the full details and information. To follow all our news, you can subscribe to the alerts system or to one of our different systems to provide you with all that is new.

PREV Gold prices in Egypt today, Monday 8-11-2021
NEXT Our victory is imminent in Addis Ababa