1. Is the UN still relevant?

If the UN did not exist, it would have to be invented, believes Alistair Edgar, assistant professor at Wilfrid Laurier University and the Balsillie School of International Affairs in Waterloo.

What would we do without the UN? The problems facing the world cannot be solved by individual states.

To face global threats such as terrorism, wars or a pandemic, we must act multilaterally, says the one who was director of the Academic Council for the United Nations System (ACUNS).

There are many other organizations bringing together several states, such as the G7, the North Atlantic Treaty Organization (NATO) or the Organization for Economic Co-operation and Development (OECD), but only the United Nations, which brings together 193 States, or almost all the States in the world, is truly universal.

Each September, Member States meet at United Nations Headquarters in New York for the opening of the new session and the annual general debate. This year, because of the pandemic, they had to do it virtually.

It has two other fundamental attributes: its legally binding charter and its preeminence over the use of force, underlines Stewart Patrick, senior researcher at the Council on Foreign Relations in Washington.

All these qualities make the UN even today, after 75 years, the basis of international order and cooperation.

The Charter of the United Nations was drawn up in San Francisco in the spring of 1945. Signed on June 26, 1945 by the representatives of 50 states, it entered into force on October 24 after its ratification by the five great powers and the majority of the other signatory countries. .

2. Is she still able to resolve conflicts?

One need only think of the wars in Syria and Yemen, or the annexation of Crimea by Russia, situations in which the Security Council has been powerless. 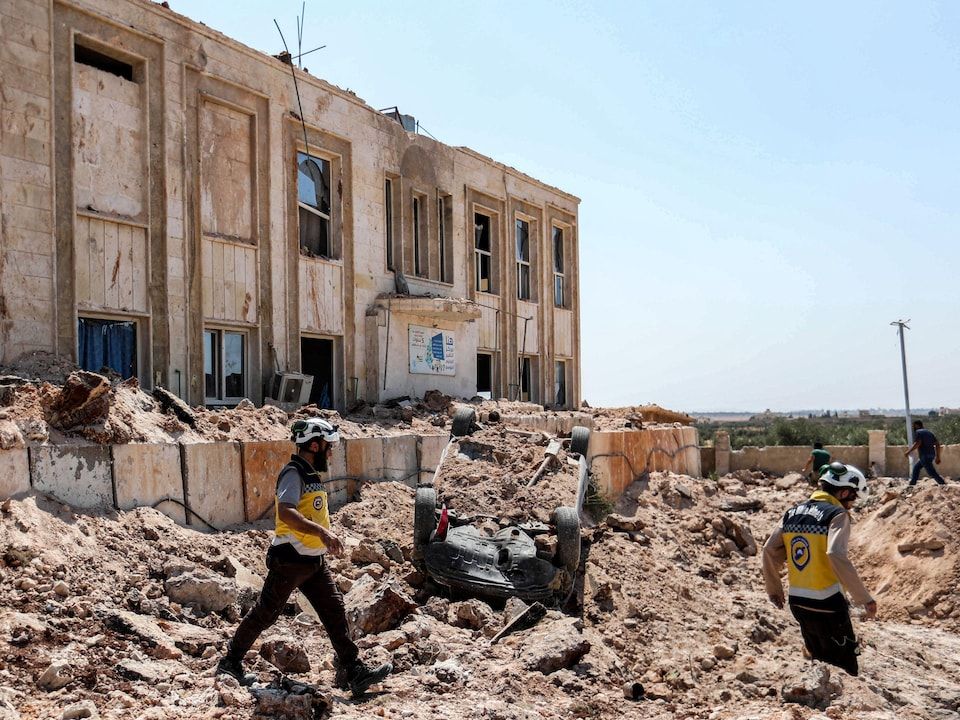 The problem, often, is the disagreement between the five permanent members, stresses Stewart Patrick. For an intervention to be possible, as was the case in Libya in 2011, the Security Council must take the decision unanimously. But in the current state of tension, it is difficult to achieve.

The Security Council is the executive organ of the United Nations. It is made up of five permanent members, the winners of World War II, namely the United States, Russia, the United Kingdom, France and China, who have a right of veto, and ten temporary members. , elected for two years. Security Council resolutions are binding, unlike those passed by the General Assembly.

There are many structural realities that make the United Nations extremely frustrating for member states, stresses Stewart Patrick. One of those frustrations is that whenever one of the permanent members of the Security Council feels that their fundamental interests are at stake, it becomes almost impossible to act.

This was particularly the case for Syria, because of the dissension between Russia and the West, or for North Korea, because of China. 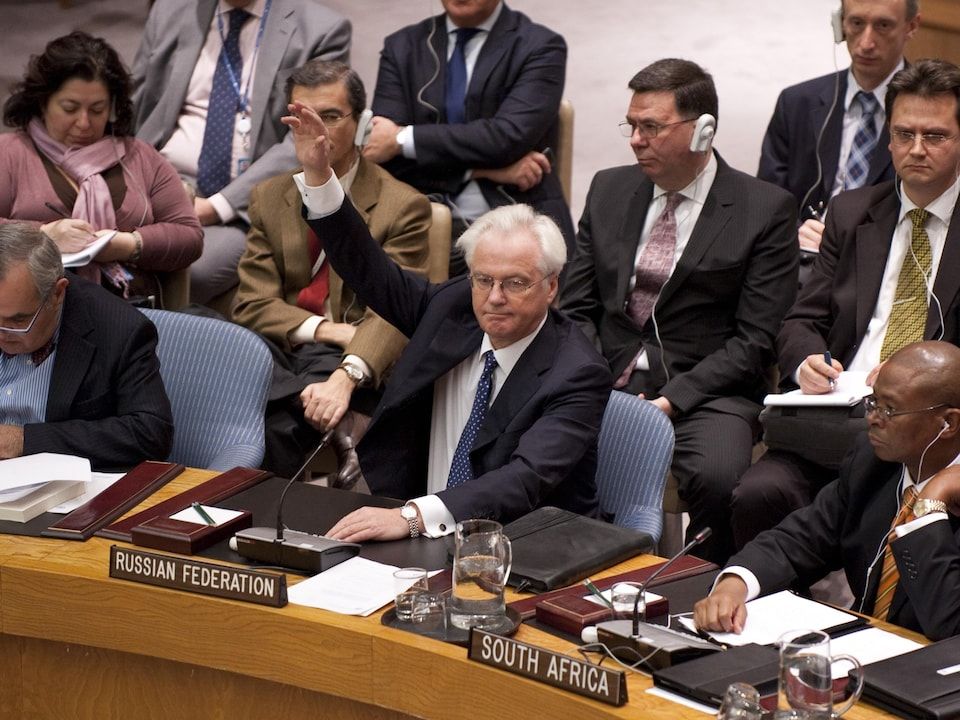 Russian Ambassador Vitaly Churkin speaks out against a Security Council resolution to condemn the Syrian regime for the crackdown on opponents on February 4, 2012. The Russian veto blocked the resolution.

Mr. Patrick is concerned that the degree of blockage in the Security Council has increased sharply in recent years, to the point that there is now a risk that it will be completely paralyzed. Inaction in connection with the pandemic is, according to him, a glaring example.

Due to acrimony between the United States and China, the Security Council has done nothing to deal with the non-health aspects of the pandemic, deplores the researcher.

3. Is it possible to reform the Security Council?

It is necessary, but unfortunately impossible, believes Stewart Patrick.

The composition of the Security Council no longer reflects today’s world, it is criticized. The five permanent members are the only ones with an appointed seat and a right of veto. Giving that power to the victors of World War II made sense in 1945, but much less today. In addition, the West is over-represented, while the Middle East and Africa have no seats. 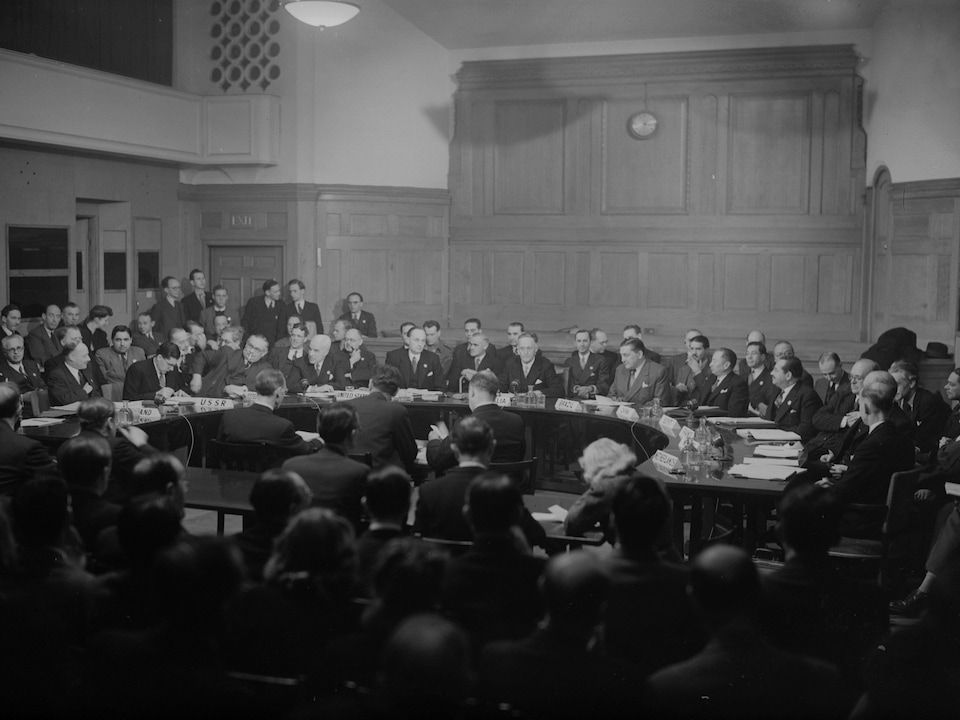 The first meeting of the UN Security Council was held on January 17, 1946 at Church House, the headquarters of the Church of England, in London.

Making changes, however, is opening up a basket of crabs, researchers believe.

There are major contenders, such as Germany, Japan, India, and Brazil, but their regional rivals, Italy, South Korea, Pakistan, and Argentina, also want their say. African countries are also asking for more space. Why favor one country over another?

However, if nothing is done, the Security Council will soon face a crisis of legitimacy, fears Stewart Patrick.

Will other countries continue to comply with the resolutions if the composition of the Security Council appears increasingly archaic and outdated?

Getting down to reforming the Security Council is an interesting theoretical exercise, but one that leads nowhere, also believes Alistair Edgar.

In addition, it is more representative does not mean that it will be more effective, notes the researcher. 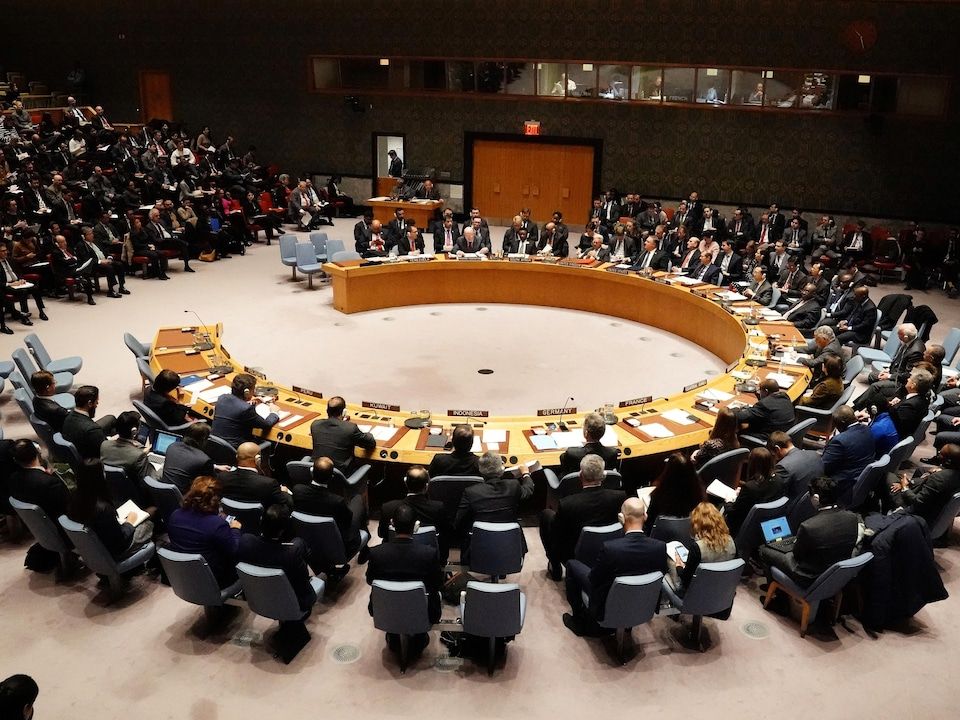 Canada’s attempt to secure a non-permanent seat on the Security Council in June 2020 was unsuccessful. Canada’s last term dates back to 1999-2000.

It is not the addition of India, Nigeria or South Africa that will change the situation, he emphasizes. If States do not want to cooperate outside the UN, why would they do so within this framework?

If states are willing to cooperate, the Security Council can be effective; but if politics are extremely divided, as they are now, then the Council cannot act.

4. Is the UN too expensive?

Another criticism often leveled at the UN concerns its cost. It is a bureaucratic and poorly managed body, supports in particular the President of the United States, Donald Trump, who wants to reduce the contribution of his country.

But this criticism does not hold water, argues Alistair Edgar. The bureaucratic part of the UN is very small, he says, and its budget, like its number of staff, matches that of New York City’s police and fire departments.

Imagine taking that number of people and that budget and saying to them: You don’t take care of New York anymore, now you are responsible for security, human rights, development and climate for the whole world. We would laugh at you.

Patrick Stewart also thinks that the organization does a lot with very few resources.

The United States granted him 10 billion in 2018 (all operations combined) which represents only 1.5% of what they spend on the army, he says. 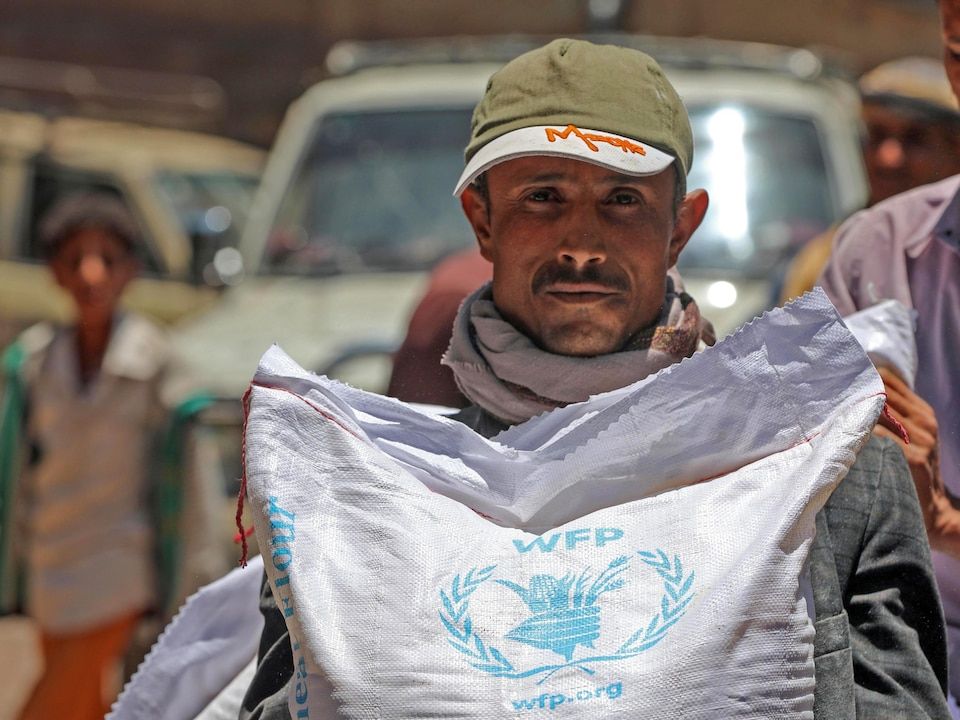 The World Food Program (WFP) received the Nobel Peace Prize on October 9, 2020 for its efforts to fight hunger.

Organizations like the International Atomic Energy Agency (IAEA), the World Food Program (WFP), the Office of the High Commissioner for Refugees (UNHCR) are doing essential work day in and day out and you don’t hear much talk, however. of them, he maintains. (However, these organizations have an independent budget.)

We must recognize how modest the amounts we devote to the UN are and yet how much hope and faith we attach to it. Our expectations are enormous.

Many wonder if the organization as we know it will survive the challenge posed by the COVID-19 pandemic, when the response of states to it seems to have called into question the very foundation of the United Nations, namely the cooperation between nations. To protect themselves from the virus, countries have closed their borders and acted without any consultation.

In addition, the World Health Organization (WHO), one of the UN agencies, has been heavily discredited for its handling of the crisis and the United States has decided to withdraw. 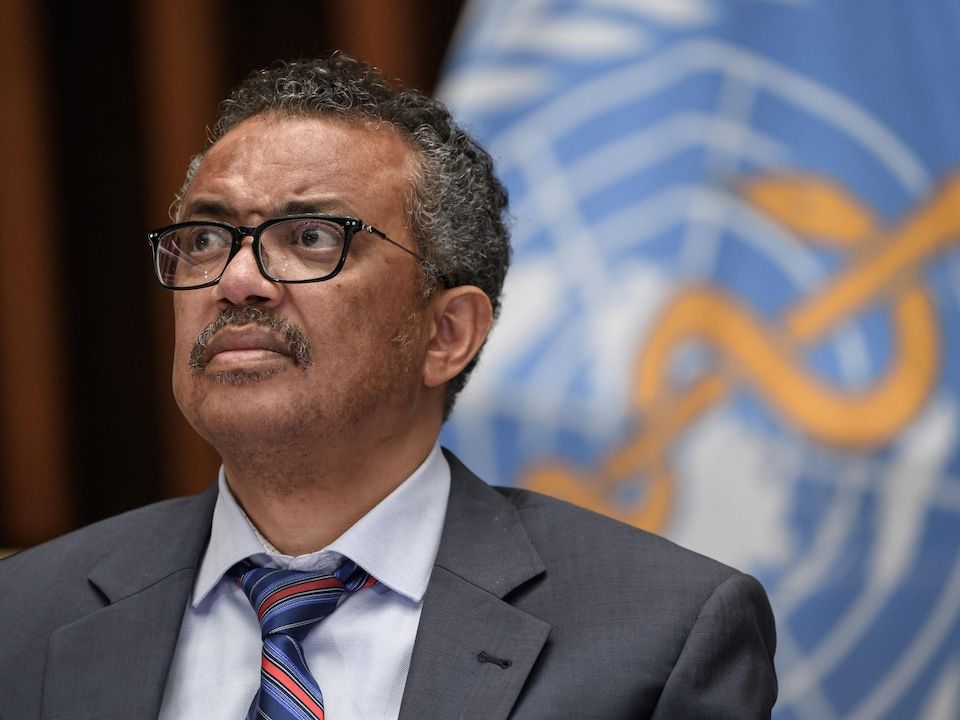 The director general of the World Health Organization, Tedros Adhanom Ghebreyesus, has been the subject of much criticism.

COVID-19 could, on the contrary, represent an opportunity to make a turning point and improve international cooperation, notes Stewart Patrick. But it will depend on the leadership. Multilateral institutions do not magically come to life, he believes. It is their most important members who must mobilize them.

The role of the United States, the main donor to the UN, is vital in this context, believes the researcher. The outcome of the November 3 elections will therefore be decisive.

It would also be necessary, underlines Mr. Stewart, to finance the United Nations and its agencies up to our expectations. If we want our international institutions to function better, we should give them the right resources rather than criticizing them when they end up underperforming., he notes.

Let’s ask her what she can do, Mr. Edgar says, instead of asking her for things that she was not designed to do and that she does not have the capacity to do. Do you call an ambulance to put out a fire?

These were the details of the news Do we still need the UN? for this day. We hope that we have succeeded by giving you the full details and information. To follow all our news, you can subscribe to the alerts system or to one of our different systems to provide you with all that is new.

“Regression” and “fishing” .. scathing criticism of Trump’s statement after Powell’s...

Trump attacks Colin Powell and the media coverage of his death:...