Palestinian protesters burn a picture of French President Emmanuel Macron during a protest against the publication of cartoons of the prophet Muhammad, whom they believe to be blasphemous, in the city of Ramallah, West Bank, Tuesday, October 27, 2020. (AP Photo)

Comments by French President Emmanuel Macron after the Beheading of a local school teacher This month, a teenage extremist made a splash in many parts of the Muslim world.

The statements perceived as “anti-Islam” have led to calls to boycott French brands, and hashtags like #BoycottFrenchProducts, #MacronApologizeToMuslims and #NeverTheProphet are trending on social media.

47-year-old Samuel Paty, a middle school teacher in suburban Paris, was killed on October 17, days after attending a free speech class showing cartoons of the Prophet Mohammad from the satirical magazine Charlie Hebdo for discussion. The same cartoons inspired the 2015 terrorist attack on Charlie Hebdo headquarters, which killed 12 people.

Before Paty’s murder, Macron had defended Charlie Hebdo magazine, declaring in early September that the right to freedom of expression included the “right to blaspheme” and pledged to fight what he called “Islamic separatism” in France.

Then, on October 2, Macron said Islam was “in crisis” around the world and announced that it would separate religion from education and the country’s public sector. “The problem is an ideology that claims its own laws should be superior to those of the republic,” Macron had said.

After Paty’s murder, Macron came out in support of the teacher and said, “[Paty was killed] because he embodied the republic that comes alive every day in classrooms, the freedom that is taught and perpetuated in schools. Samuel Paty was killed because Islamists want our future and because they know that they will never have it with silent heroes like him. ”

How did the Muslim world react to Macron’s comments?

The first nation whose leadership openly questioned Macron’s comments was Turkey, a country that has recently argued with France over a number of issues, including Libya Nagorno-Karabakh dispute and drilling rights in the Eastern Mediterranean.

Turkish President Recep Tayyip Erdogan said on Saturday: “What is the problem of this person named Macron with Muslims and Islam? Macron needs to be treated mentally. ”

France responded by calling back its ambassador in Ankara, calling Erdogan’s speech “unacceptable” and calling on the Turkish leader to change “the course” of his “dangerous” policies.

Unimpressed, Erdogan increased the stakes on Monday by calling on the Turks to boycott French goods. The rhetoric echoed in other Muslim-majority countries, and Many decided to follow suit. 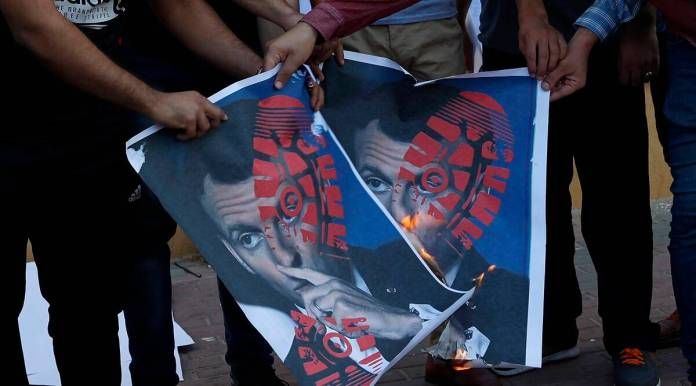 In Kuwait, some supermarkets have taken French products off their shelves and calls have been made in Saudi Arabia and the United Arab Emirates to boycott the Carrefour grocery chain. The University of Qatar has decided to cancel a French culture week. The Gulf Cooperation Council, a group of 6 Arab nations, called Macron’s comments “irresponsible”.

Jordan and Pakistan have called the French ambassadors to their countries to express their disapproval. The Grand Imam of Al-Azhar, Egypt’s chief clergyman, also condemned France.

Pakistani Prime Minister Imran Khan tweeted on Sunday“The hallmark of a leader is that he unites people like Mandela instead of dividing them. This is a time when Pres Macron could give extremists a healing touch and deny the space instead of creating further polarization and marginalization that inevitably leads to radicalization. ”

On the same day, Macron doubled back on his stand and said, “We will never give in.”

Iranian Foreign Minister Javad Zarif wrote on Monday: “Muslims are the main victims of the ‘cult of hate’ – strengthened by colonial regimes and exported by their own customers. 1.9B Offending Muslims – and their Holiness – for the heinous crimes of such extremists is an opportunist abuse of freedom of expression. It just drives extremism. ” ???? Follow Express Explained on Telegram

On Tuesday, Saudi Arabia also condemned the cartoonsHowever, no calls for action against the displayed images were repeated.

Protests against France have been organized in a number of other locations, including Syria, Libya, Gaza, Iraq and Bangladesh. 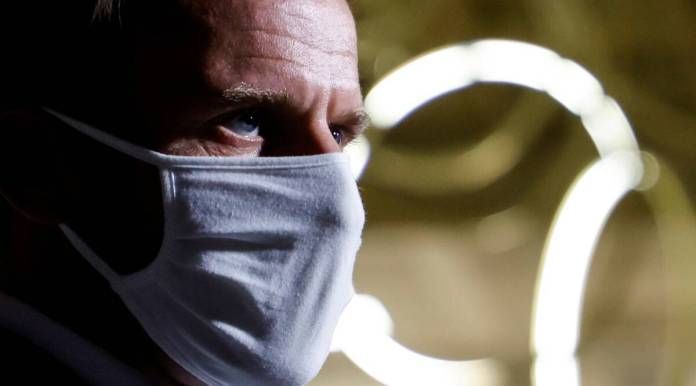 French President Emmanuel Macron will deliver a speech in Bobigny, a northeastern suburb of Paris on Tuesday, October 20, 2020. (Ludovic Marin, pool via AP)

Macron faces re-election in 2022, and experts say the chairman is targeting right-wing voters in France amid a string of electoral losses this year.

In June, Macron’s party will be La République En Marche! (LREM), badly done in local elections, left no mark in big cities. A month earlier, a group of left-wing MPs had defected from his party, causing the LREM to lose its absolute majority in the French parliament.

Even in the first days of the coronavirus pandemic, as leader from Donald Trump to Narendra Modi saw an improvement in their approval ratingsMacron did not benefit from a comparable impairment of the economy.

???? The Indian Express is on the telegram now. Click here to join our channel (@indianexpress) and stay up to date on the latest headlines

Download the Indian Express App for the latest explained news.

These were the details of the news Explained: What explains the calls to “boycott France” in the Muslim... for this day. We hope that we have succeeded by giving you the full details and information. To follow all our news, you can subscribe to the alerts system or to one of our different systems to provide you with all that is new.

By court order, Trump is wanted to testify in a violent...