Frenchman Karim Benzema responded, in a “provocative” manner, to his accusation of inciting his countryman and colleague Ferland Mendy, not to pass the ball to their Brazilian colleague Vinicius, in the match between Real Madrid and Borussia Moenchengladbach.

Benzema published a picture of him through his account on the “Instagram” site, and attached it to a comment: “At this time, dogs bark and the number 9 passes,” referring to the number of the shirt he wears in the riyal. 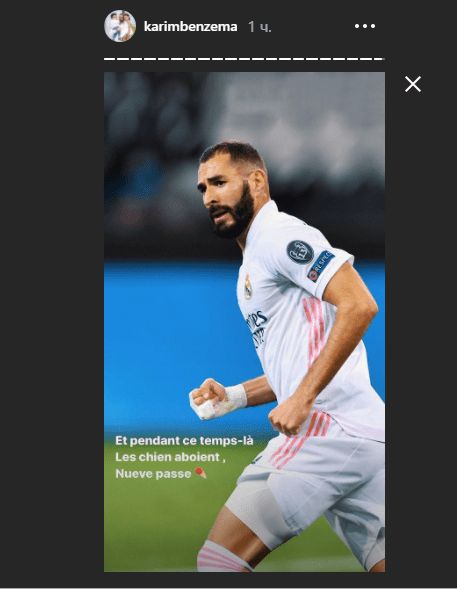 TV cameras detected a sideways conversation between Benzema and Mendy, during the break between the two halves of the Real Madrid match and Monchengladbach, where Benzema asked Mendy not to pass the ball to their teammate Vinicius, saying: “He is just messing around.

It should be noted that the confrontation of Moenchengladbach and his guest Real Madrid for the second round of the Champions League ended in a positive 2-2 draw.

These were the details of the news Benzema comments on his “scandal” in the Monchengladbach match with one... for this day. We hope that we have succeeded by giving you the full details and information. To follow all our news, you can subscribe to the alerts system or to one of our different systems to provide you with all that is new.

What does it mean?..Facebook launches two new devices, Portal for video...

The first comment from the Jordanian Artists Syndicate on the controversy...

The death of the young director Sameh Ramadan