The seventh day has published during the past hours a number of important news and reports, foremost of which is the government’s decision to extend the period for submitting requests for reconciliation in construction violations for a month in response to citizens ’demands, in addition to President Abdel Fattah al-Sisi’s speech in the celebration of the anniversary of the Prophet’s Prophet, and the Meteorological Authority’s expectations of opportunities Light and medium rain falls, starting next Saturday, and Counselor Mortada Mansour’s comment on the Resolution and Arbitration Center’s decision to invalidate the Zamalek list … and other news …

The Cabinet announced the approval of extending the period for submitting requests for reconciliation and paying the amount of seriousness of reconciliation for another month until the end of November, in a new response by the state to the citizens’ demands, so that those wishing to legalize their status can apply for reconciliation and fulfill the required procedures for this important procedure. 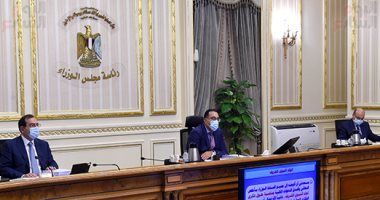 Al-Sisi defending the Prophet in his memory of his birth: The issue of rational awareness and a correct understanding of religion will remain among the priorities of the stage … the purposes of religions are based on achieving the interests of the country and the benefit of the people and not extremism … The message of Islam came as a victory for freedom of faith

President Abdel Fattah El-Sisi stressed that insulting the prophets and messengers is an underestimation of high religious values, and hurting the feelings of millions even if the presented image is the image of extremism, adding: “If 1% of the billion and a half billion Muslims were extremists, I mean, we speak in about 15 million countries. They can destroy the world if it is real, and this means that the percentage is much lower .. Muslims cannot carry the burden, corruption and evils of a small group that has deviated … We also have rights not to hurt our feelings and not harm our values. ” 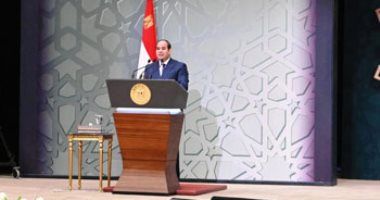 Education: Failure to pay private school fees withholds the student’s result and is restricted to a government school

The Central Bank announces a historical level of remittances of workers abroad at 27.8 billion dollars

The preliminary data announced by the Central Bank of Egypt, today, Wednesday, showed that remittances of Egyptians working abroad during the fiscal year 2019/2020 increased by 10.4%, to record its highest historical level of about $ 27.8 billion (compared to about $ 25.2 billion during the previous fiscal year. ). 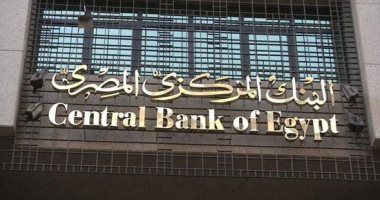 The National Elections Authority, headed by Counselor Lashin Ibrahim, Vice President of the Court of Cassation, announces the results of the first phase elections for the House of Representatives next Sunday, corresponding to the first of November 2020, at the TV theater in the Maspero building.

In numbers and names … the complete guide to the statistical indicators for the House of Representatives elections in 2020 … The first phase included 14 governorates, in which 1879 candidates competed in 143 districts … and two lists in the North, Central and South Upper Egypt and the West of the Delta .. Infographic 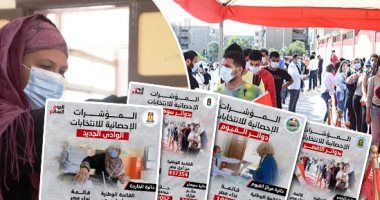 Surprise .. The Administrative Capital decides to withdraw lands from 4 real estate companies due to inaction .. Zaky Abdin: Do not tolerate negligence and the “administrative capital” is a state project, and we will not allow anyone to exploit it for profit … and confirms: We sent 4 warnings to other companies

The opposition judge decides to imprison the woman of Kafr El Sheikh, who owned the 73 pornographic videos, for 15 days

Counselor Mostafa El-Qady, the opposition judge at Kafr El-Sheikh Court, decided to imprison the accused “S.M.I” for 15 days pending investigations, provided that she will be presented on November 11 to consider renewing her detention. 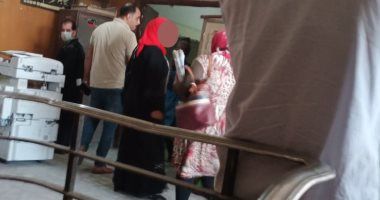 The execution of the death sentence against those accused of burning the “fisherman’s cabaret” … the perpetrators killed 17 workers in the club in retaliation for preventing them from entering … the prosecution accused them of premeditated murder, arson and possession of firearms … and 10 stations that monitor the details of the case … Pictures and a video

The Prisons Authority carried out the death sentence by hanging against 4 persons convicted in the incident of burning the nightclub “Bar Al Sayyad” in Agouza. They are: “Muhammad A.M.”, “Muhammad.A.Z”, and “Muhammad.M.” Mahmoud S., 20 years old, who killed 17 people 5 years ago, to bring the curtain down on this controversial case at the time it occurred, and throughout the trial of the accused.

Who will win the race for Corona vaccines? 200 potential candidates in countries of the world, 9 of which reach the final stage … Oxford scholars: There will be no single vaccine and the manufacturing techniques are different … and comparisons to choose the most effective and safe

Who will win the race for Corona vaccines? A question asked by the entire world’s population awaiting the emergence of an effective and safe vaccine to prevent the virus attacks that have continued since the beginning of this year. There are more than 200 potential vaccine candidates in many countries of the world, of which only 9 have succeeded in reaching the final experiments phase to ensure its effectiveness and safety in experiments conducted on thousands Of people in a number of countries, but what scientists have confirmed and estimates indicate that there will not be a single vaccine capable of fending off the Corona virus attacks, but whoever proves its effectiveness and safety is the one who will remain and will be used.

Damietta governorate witnessed the emergence of a new rest house who seized large sums of money, the initial estimate of which reached 20 million pounds, with the aim of using them in importing and exporting fruits. 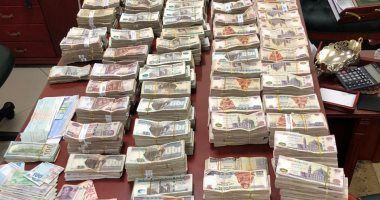 The Meteorological Authority’s forecast of the weather for the next 6 days from today, Thursday to Tuesday, revealed that the northwestern coasts were exposed to opportunities for light rain in the west with Friday.

The official page of “The Seventh Day” newspaper on Facebook has crossed the barrier of 18 million like a little while ago, and more than 19 million followers, after it succeeded during the last period, in adding a large number of activities and various ideas to match with followers from Egypt and the various countries of the Arab world. 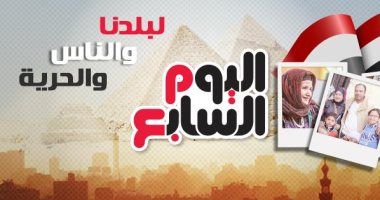 Astronomical research: The moon will join the planet Mars tomorrow in the phenomenon of watching the sky of Egypt

Dr. Ashraf Tadros, former head of the astronomy department at the National Institute for Astronomical Research, revealed that we will be on a date next Thursday, October 29th, with the conjunction of the moon and Mars.

Mortada Mansour responds to the Resolution and Arbitration Center’s decision to invalidate Zamalek’s list: For the first time in history, a club without a president and without a list .. and when? Before a major continental tournament … and the club’s legal affairs are preparing to file an appeal against the decision 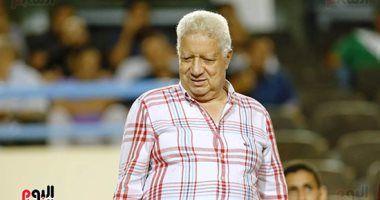 Masdar Balkef: The Zamalek and Raja match, October 31, and the Al-Ahly and Wydad meeting on time

An official source with the African Football Confederation (CAF) revealed that there is a proposed date for the return match between Zamalek and Raja, which is on October 31, in the semi-finals of the African Champions League, instead of next Saturday, after what the Moroccan Raja club officials requested from the officials of “Kaf” The match is postponed for a week until the players recover from the Corona virus.

A source in Al-Jabaliya: Kaf agreed to hold the African Champions League final without an audience in Burj Al Arab

FIFA officials confirmed that the Confederation of African Football (CAF) agreed to hold the African Champions League final match on November 6 at the Burj Al Arab Stadium in Alexandria without an audience, based on Egypt’s decision that was sent to CAF, and the stadium has already been finally approved.

Officially, the Football Association notifies FIFA of the road map and opens elections on November 15th

The Football Association sent an official letter to FIFA notifying it of the details of the roadmap that includes the general assembly to amend the list and the date of opening the door for nomination and elections. The Football Association FIFA responded with approval and gave the green light to market the list and send it to the clubs before holding the general assembly meeting.

Ahmed Ahmed, President of the Confederation of African Football (CAF), announced today, Wednesday, his candidacy for the presidency of CAF, for a second term, during the elections, which will be held during next March 2021.

Hazem Imam, the right-back of the first football team at Zamalek club, renewed his contract with the White Castle for two new seasons, extending his contract until 2022, and Amir Mortada Mansour, the general supervisor of the ball, held a session with the player during which the new contracts were signed, in which the player expressed Expressing his happiness at the renewal of his club he grew up in, and that he will do his best to meet everyone’s expectations, thanking Counselor Mortada Mansour, the club’s president, and Amir Mortada, the football supervisor.

These were the details of the news Egypt News Today .. Extending the period for submitting requests for... for this day. We hope that we have succeeded by giving you the full details and information. To follow all our news, you can subscribe to the alerts system or to one of our different systems to provide you with all that is new.

When will Facebook employees return to work from offices again? .....

5 Facebook tricks you haven’t tried before… “Change the font” among...