They were scheduled for next Friday, the 30th, but the restrictions of circulation imposed for the next weekend, caused by the pandemic Covid-19, anticipated for this Wednesday, between 8 and 22 hours, the elections for Benfica’s governing bodies. ABOLA.pt accompanies the electoral act from the first moment.

20.14 hours: At this point, waiting in line at Estádio da Luz to vote is around three o’clock. The crowd is such that the line already extends close to the Alto dos Moinhos metro station.

19.45 hours: Virgílio Duque Ferreira, chairman of the General Meeting, clarifies the vote count. “The polls will not be opened,” he said. Read the full statements here.

19.12 hours: Rui Gomes da Silva, candidate of List D, exercised his right to vote. “This huge turnout shows that, in some way, I contributed to this, launching the discussion and an alternative project, according to what I know about Benfica and what I know the members want for the future of the club”, he told BTV after depositing the vote at the polls. Read all statements here. 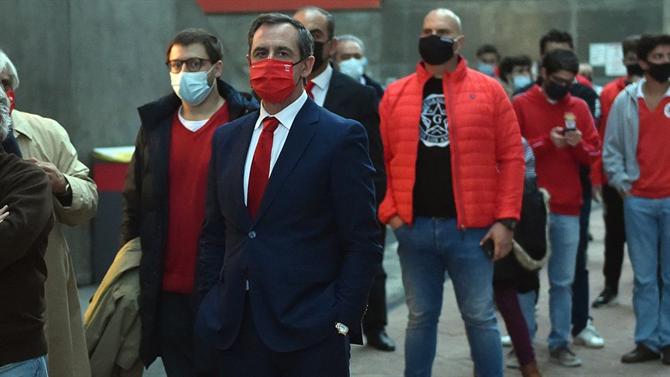 – A new record of voters is in sight in the Benfica elections. In 2012, when Luís Filipe Vieira beat Rui Rangel, a total of 22676 members participated in the election.

18.21 hours: The strong adhesion of the partners to the polls translates, as of now, into a new voting record in the history of Benfica. The counting update, made at 18.21 hours, shows that 24,589 members have already exercised their voting rights.

17.20 hours: The most recent update states that 21,738 members have already exercised the right to vote.

4.30 pm: Speaking to BTV, Luís Filipe Vieira praises the strong adhesion of the members to this electoral act: «We are a democratic club and our professionals have set up logistics to allow the maximum number of members to vote and who can choose what they want for their club. Everything is going well throughout the country, it is a lesson in civility for everyone. We are following all the rules and that is the most important thing. In the end we will see what will happen. » Read the statements here. 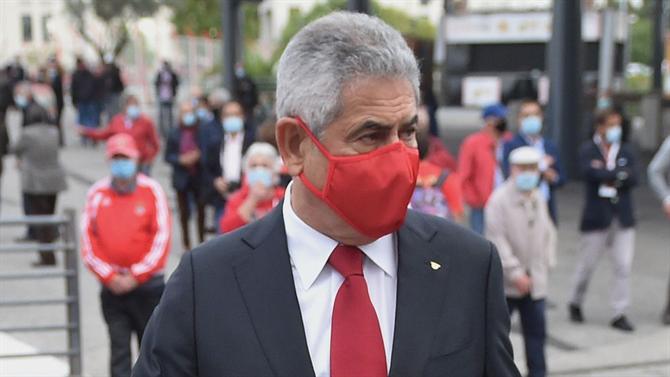 16.15 hours: Luís Filipe Vieira is already inside Pavilhão 2 of Estádio da Luz. He will vote with partner number 1 of the club.

15.22 hours: By this time 16072 members have already voted, that is, about six hours to close the polls, this is already the fifth most popular electoral assembly ever in the history of the club. See the biggest polls here.

14.35 hours: Manuel Vilarinho, the club’s former president, is also next to Estádio da Luz, he who had said he would not vote. 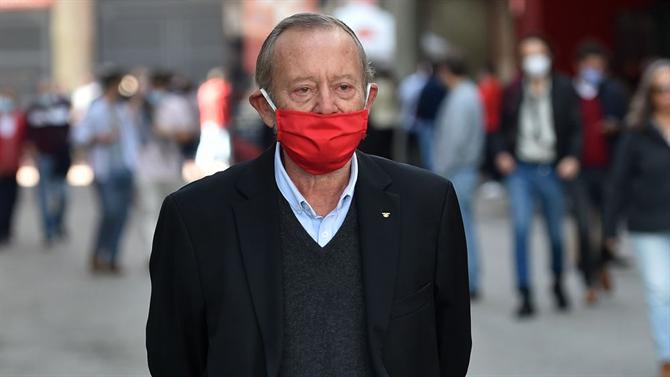 14.32 hours: Vítor Paneira, a former player of the incarnates and agent of Noronha Lopes’ candidacy, has also exercised his right to vote and later spoke to journalists. Read here. 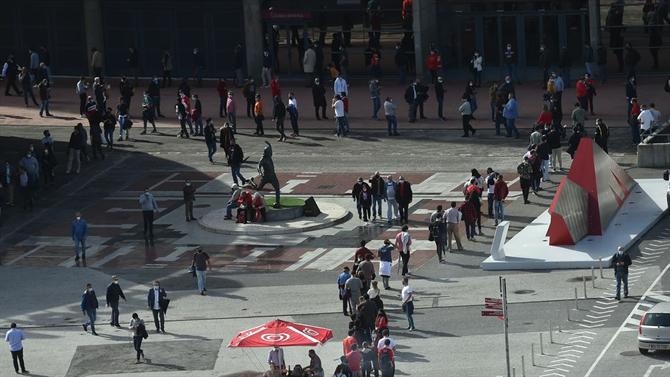 13.49 hours: Jorge Jesus has also voted for Seixal, where he appeared accompanied by Luisão. «We have a match tomorrow, this is the right of any partner», he limited himself to saying on the way out.

13.34 hours: At Seixal, where you can also vote, André Almeida (from Canada, since he is recovering from a serious injury) and Grimaldo were the first players to exercise their right, followed by Tiago Pinto, general director for professional football.

13.28 hours: At Estádio da Luz, José Augusto, former glory of Portuguese football, speaks to journalists after he also voted: “It is necessary that Benfica fans feel gratitude for what has been done in the last term, so my vote is for continuity”, said. 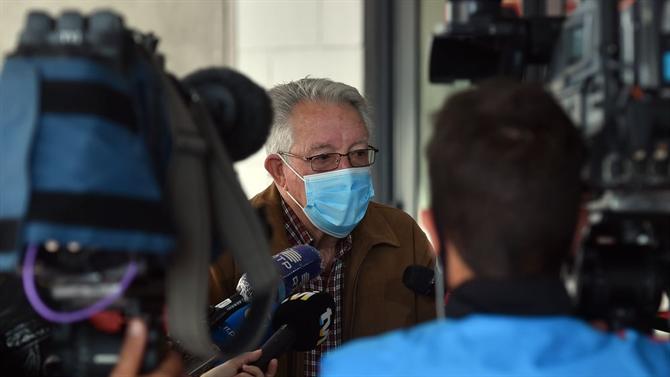 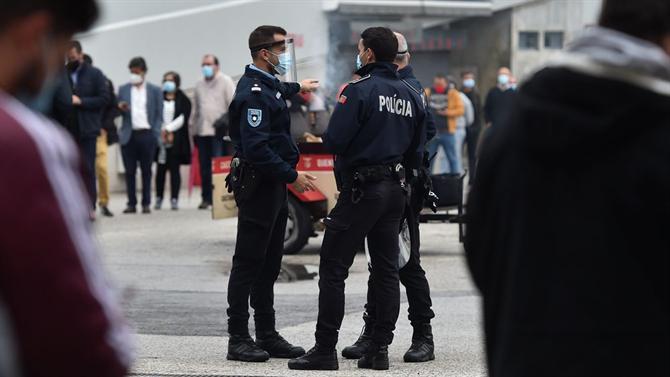 12.26 hours: Toni, a former player and coach of the Reds, has also voted. «I hope that after the result there will be only one Benfica and not three», he wished. 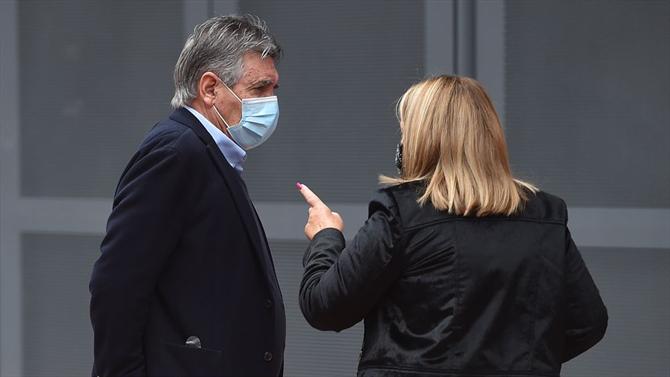 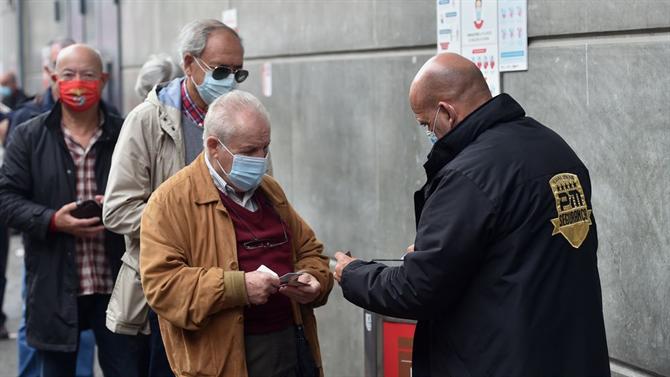 11.31 hours: João Noronha Lopes has already exercised his right to vote in Pavilion 2 of Estádio da Luz. Then he spoke to journalists, showing his optimism and appealing to the members to vote. «We are one day away from changing Benfica’s destiny», he said. Read here. 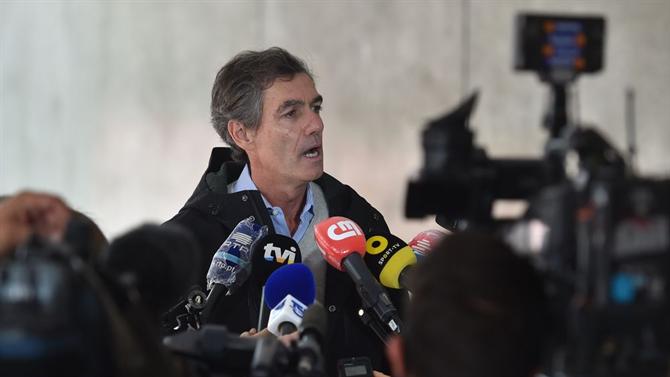 – The winner of the elections may not be known tonight. This is because, if any list asks for a recount of the votes, the ballot boxes will have to be opened and there are a total of 25 polling stations in various parts of the country. However, it was known that the professional football squad will exercise the right to vote in the Seixal. 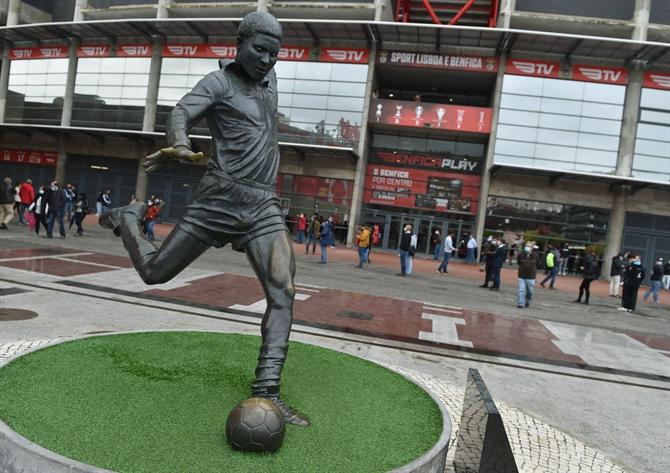 – João Noronha Lopes will be the first candidate to vote, having planned to be at Estádio da Luz from 11.30 am. Luís Filipe Vieira has planned to vote at 4 pm, followed by Rui Gomes da Silva, who pointed to 16.30 pm. 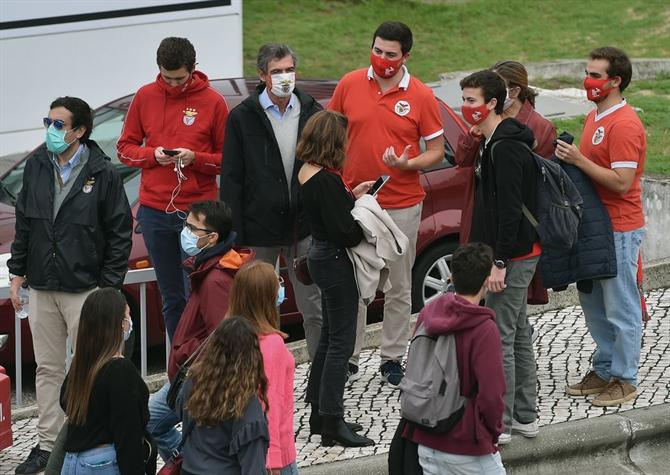 10.02 hours: Two hours after the Electoral Assembly, 3734 members exercised their right to vote (1177 in Pavilion 2 of the Estádio da Luz Sports Complex). The queue to vote, by the way, already goes around the entire Estádio da Luz.

9.00 am: After the first hour of voting, 1611 members have already exercised their right to vote. 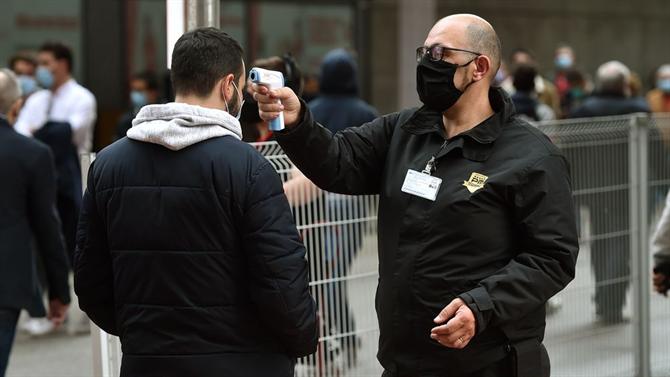 – Benfica’s electoral act promises strong adherence, despite the current pandemic state. It is curious if the voting record, which dates back to 2012, when Luís Filipe Vieira beat Rui Rangel, could be broken. See the biggest polls here.

8.05 hours: Virgílio Duque Vieira, chairman of the Board of the General Assembly of Benfica, in substitution, made, from inside Pavilhão 2 of Estádio da Luz, an appeal to vote through the club’s television channel. Read here.

8 hours: Everything is ready for the start of voting in Pavilion 2 of Estádio da Luz, the main stage on this election day, where around 7.30 am there were already members lining up to exercise their voting rights. However, it will be possible to vote in practically the whole country, from North to South, in 23 houses of the club and in a Branch.

Luís Filipe Vieira, president for almost 17 years – the one who has gone through the longest period at the helm of the club – re-runs for list A for what, he guaranteed, will be his last term, with opponents João Noronha Lopes in list B and Rui Gomes da Silva, on list D. List C, belonging to the movement led by Bruno Costa Carvalho left the scene yesterday.

These were the details of the news THE BALL – Follow the elections LIVE (Benfica) for this day. We hope that we have succeeded by giving you the full details and information. To follow all our news, you can subscribe to the alerts system or to one of our different systems to provide you with all that is new.