Antibody treatment can quickly prove to be an important treatment option alongside vaccines.

The knowledge is Aftenposten’s investment in research and science, where researchers and professionals from all over the country contribute articles.

After President Donald Trump received covid-19, he was given a cocktail of drugs with the hope of recovering quickly in the oval room. The cocktail contained designer antibodies.

Contrary to Trump’s countless hopeless statements about promising drugs, antibody treatment can quickly prove to be an important treatment option alongside vaccines. Especially for those who respond poorly to the vaccine, such as the elderly in the risk group.

Antibodies can also be given as preventive medicine since they have a long duration of action in the body. Such treatment will be relevant for health personnel, people in key societal functions and those in the risk group.

However, although designer antibodies may prove to slow down the coronavirus effectively, there are concerns about the availability and cost of such treatment.

The possibilities of biotechnology

When we are exposed to a viral infection, the body begins to defend itself. It makes antibodies that attach to the virus. If the antibodies are of good enough quality, they can put the virus in check.

Antibodies are therefore the body’s self-produced medicine. They are also made by vaccination.

However, the body does not always understand which antibodies it should produce sufficiently to fight the infection. But with biotechnological methods, we can isolate the very best antibodies from people who have been through a disease course.

The antibodies can be further adapted in the laboratory so that they work even better. Then we get designer antibodies that can be produced in large quantities in factories.

Never before have we seen a faster production of antibodies than during this pandemic. More than 150 variants have been registered, where 11 different strategies are now being tested on humans in the shadow of the vaccine races.

Two of these have submitted applications for urgent approval to the Food and Drug Administration (FDA), an agency under the US Department of Health and Social Services. One was given to Trump.

Before drugs are approved by the authorities, they are tested on humans, so-called experimental treatment. Trump thus received a treatment that is not yet available to the public.

The cocktail was developed by Regeneron Pharmaceuticals and consists of two antibodies. One is isolated from a person who has been through covid-19, while the other is taken from vaccinated mice with a engineered human immune system.

Both antibodies bind to the spike protein that protrudes on the surface of the coronavirus, blocking the virus from entering our cells. The cocktail has been shown to reduce the amount of virus and lung damage in monkeys and is now being tested on different patient groups.

The company reported at the end of September that the treatment has a good effect and shortens the time with symptoms in non-hospitalized patients. There is now great tension associated with data from larger patient groups.

Regeneron Pharmaceuticals is a reputable US company that has succeeded in bringing several antibody products to market. On October 14, they were approved for a cocktail of three antibodies to treat Ebola infection in adults and children. 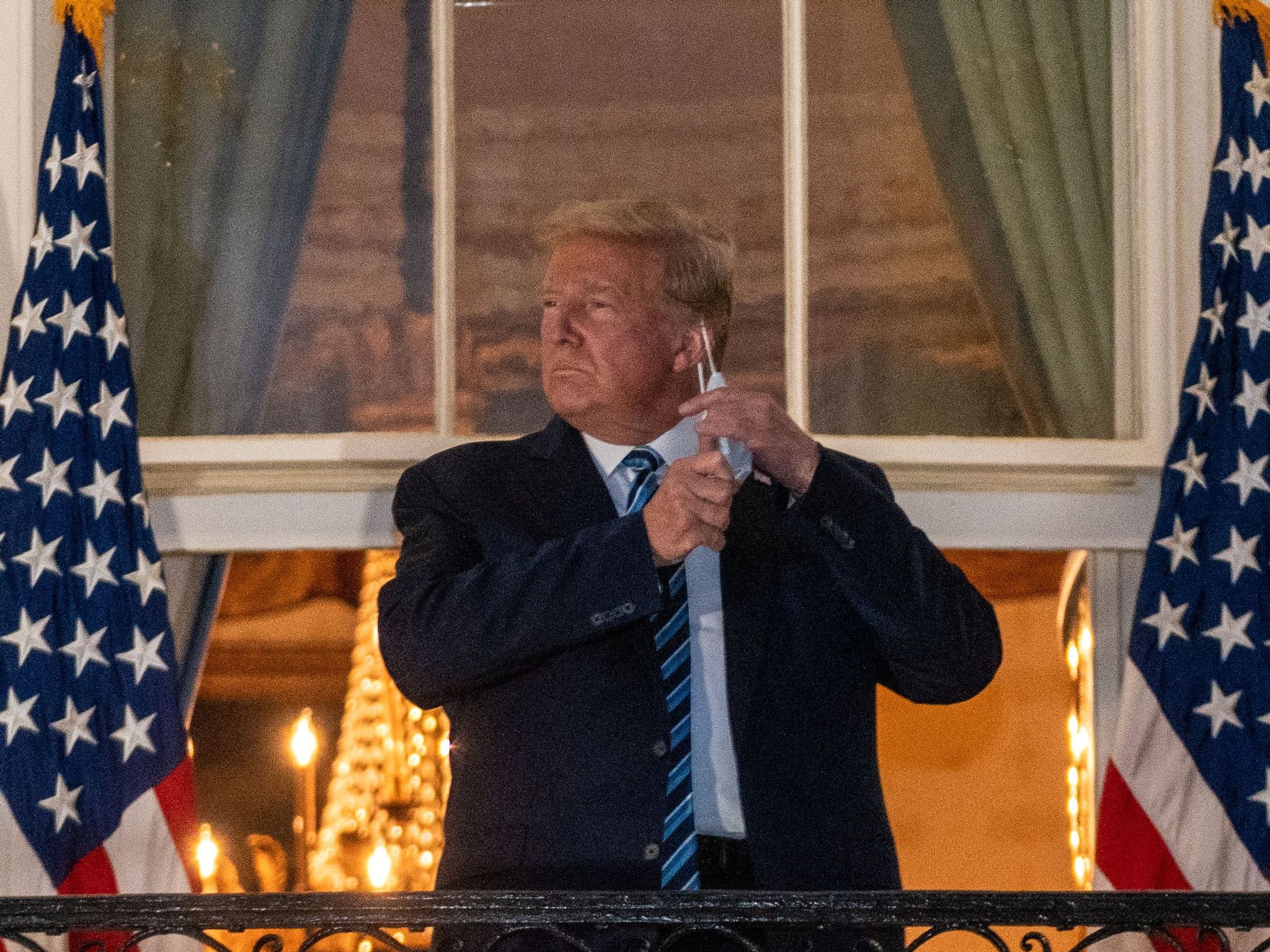 Antibodies are the fastest growing group of drugs that relieve bothersome symptoms and save lives.

As much as 80 percent of the antibody market is in the United States, Europe and Canada. This means that 85 percent of the world’s population does not have access to effective antibody treatment.

Steps must be taken to ensure fair access to a reasonable price by investing in technology that reduces development costs. Business models must be in place that enable different market approaches. This is important now that we are in the middle of a pandemic. Fair distribution of vaccines is crucial, as are other treatment options to get the coronavirus under control.

Jan Terje Andersen is professor of biomedical innovation at the University of Oslo and group leader at Oslo University Hospital, Clinic for Laboratory Medicine.

Collaborates with the International Aids Vaccine Initiative (IAVI) and the Translational Health Science and Technology Institute (THSTI) in India on the development of a new generation of HIV antibodies. The project is funded by the Research Council of Norway, a program for global health and vaccination research (GLOBVAC).

Adapted to the most vulnerable

The research group I lead collaborates with the International AIDS Vaccine Initiative (IAVI), which is a global, non-profit organization, where the goal is to develop HIV antibodies that are long-acting, preventive and adapted to the most vulnerable.

Recently, IAVI, together with Wellcome, a politically and financially independent foundation, launched a report with the necessary measures to ensure fair global access to antibody treatment.

On October 22, IAVI also announced its own strategy for commercializing designer antibodies directed against the coronavirus. It is happening together with Merck KGaA in Germany and the Serum Institute in India. The strategy is aimed at vulnerable groups in low-income countries.

The knowledge is Aftenposten’s investment in research and science, where researchers from all over the country contribute articles.

Viten articles are published in Aftenposten’s paper edition on Tuesdays and Thursdays, in addition to online articles on ap.no/viten.

We are looking for researchers or academics in all disciplines who want to write about their own research or disseminate relevant scientific material.

If you want to write for Viten, send an e-mail to [email protected]

These were the details of the news Did Trump get a magic cocktail of antibodies? for this day. We hope that we have succeeded by giving you the full details and information. To follow all our news, you can subscribe to the alerts system or to one of our different systems to provide you with all that is new.

PREV Because of a “misunderstanding”… “violent” border confrontations between the Taliban and...
NEXT Pope visits divided Cyprus, eyes on migrants

We identified contacts of the first infected with Omicron

Oil prices are stabilizing and attention turns to the OPEC Plus...

Mohamed bin Zayed receives a phone call from the President of...

Oil closes lower, and “OPEC Plus” confirms that demand was not...