Grenfell Tower, London. 72 people died here in 2017. Asle Toje writes in his new book: “After the tragedy, the left-liberal newspaper The Guardian wrote that” the composition of the dead shows how diverse, open and tolerant Britain has become in the last 30 years “. Only seven of the victims were white Britons. The block remains as an empty shell. ” Photo: Frank Augstein / AP / NTB.

Asle Toje’s new book, “The Gold Checkered Game”, which is published these days, is the third and final in his story about Europe. Inspired by British Patrick Leigh Fermor’s travelogues, he seeks out places and people who can help illuminate Europe’s path from grandeur to fragility. In the book, which can be read quite independently of the previous two in the trilogy, Toje redefines the European social classes and takes a closer look at what has been lost in the wake of the ideological crisis Europe is in. Economy and identity are important keywords .

The form of government that promised more than it could hold

The continent’s elites are losing confidence behind their own project. They no longer rejoice over the situation, Toje writes, adding that the same people now embrace weakness as fate, while at the same time encouraging people to realize that dissolution is inevitable. When the will is weakened, the mind inevitably turns to death. The author suggests that it is in sentimentaliteten that Europeans first and foremost find together today.

Several of the people that Toje talks to through the book’s more than 300 pages tell in different ways how liberal democracy promises more than it manages to keep. This strange European mix of form of government and ideology, where it can perhaps be argued that ideology eventually comes at the expense of form of government, has been the very guarantor of great economic growth, better living conditions, equalization of differences and increased freedom for the individual. This is not how it works anymore. The results do not meet expectations. That economic growth in the countries in the eurozone is declining is a point Toje makes both initially and concludingly in his book. Europe is becoming like a Italy on a large scale; indebted and over-regulated. In addition, migration ensures an increased struggle for jobs and welfare benefits, and thus also provides a poorer prospect of an increased standard of living for many.

Through the metropolis of London and its suburbs, the reader is taken on a journey in some of the negative consequences of EU enlargement. It is not just about new opportunities for people, but also about the fact that some countries actually end up as other and more prosperous countries’ access to cheap labor. A fifth of the entire Romanian workforce is abroad, writes Toje, referring to a Eurostat survey from 2017.

The changes are not only of an economic nature, but also cultural. Europe has developed areas where groups live intellectually separated. In Ilford, the author experiences that everything reminiscent of England, with the exception of the shape of the houses, has disappeared. Here you are a citizen in the legal sense, but not culturally and socially. As the community weathers, suspicion becomes dominant.

It may be objected to the book’s travel letter form that it does not provide an opportunity to go into depth on the issues. Toje, for example, could have taken advantage of the fact that the new composition of the population also affects another of the guarantees of liberal democracy: freedom. Members of society without trust in each other must be monitored continuously and possibly followed up if behavior is discovered that could harm the overall harmony of society. An estimate made by the Financial Times newspaper from London in 2019, indicated that the city had 420,000 surveillance cameras, making it the second most monitored city after Beijing.

Although the extent of name dropping in the book is large and the intellectual references are many, the “gold chip game” is first and foremost characterized by a straightforward and refreshing straight-to-the-point realism. Toje’s irreverent handling of the facade plasterers is reminiscent of the author Tor Jonsson. Jonsson attacked the post-war naive romantic notions of life in the village and declared that «My intention with writing about lice and shit is to take the shine of the old peasant paradise».

Toje also has no qualms about revealing the ugliness of the decay, which is perhaps best illustrated by his description of the tragedy Grenfell Tower in London, and where we learn how some prefer to concentrate on mourning the loss of the ugly and dangerous concrete block.

A typical characteristic of the elites of our time is that they do not consider themselves to be an elite. They prefer to think they are like most people. The book argues that we must update our common understanding of who constitutes the bottom and top of the social hierarchy. Toje begins at the bottom and divides Europe’s new working class into three: Migrants, the traditional working class and a relatively new group – the precariat (composed of the terms «proletariat» and «precarious»). The precariat typically consists of university-educated freelancers who identify with a middle class they are far behind financially. They take what they find from work, but are happy to work on short-term commitments without the social benefits that the workers achieved in the 20th century, such as sick pay, paid holidays and pension savings.

We get an interesting observation when Toje points out that in the new underclass there is a deeper internal contradiction that is also important for the group’s ability to change its social position. Externally, it does not seem that the groups have any common interests. The traditional workers dislike the migrants due to competition for jobs and welfare. The precariat dislikes the native workers because of their attitudes, while the migrants concentrate primarily on exploiting the opportunities that exist. Without a clear common interest, there is also no great political gain in translating their dissatisfaction into practical politics. The three groups instead end up as rivals for the state’s attention.

At the top of the pyramid, those who move the world, the people of Davos, completely isolated from all suburban challenges, sit ever further away from their stated goal of solving the world’s problems. The meeting of the World Economic Forum was also mentioned in “Red, White & Blue”, but this time the author reports from the inside. The ridiculous examples are many. Like when Toje writes that the Indonesian pavilion has chosen Brave New World 2019 as his slogan, effortlessly that the title is borrowed from Aldous Huxley’s dystopia.

Another thing that makes Toje’s book an interesting read is that he also takes the time to listen to people that the traditional media tend to ignore, either because they represent wrong opinions or because they otherwise do not fit the social picture. which they themselves wish to maintain. An example is the German activist Götz Kubitschek, who, despite negative Wikipedia characteristics, exercises great influence on the national conservative right in Germany. He also maintains that Germany is struggling to find itself again as a nation.

Just to mention the words white and identity in the same sentence is today enough to make a writer suspicious in some minds. However, Toje goes straight to the heart of the dilemma and points to the disparity in that minorities are often encouraged to pursue active identity policies while the majority is asked to detach themselves from their own identity ties, such as religion, family, community and nation. The point is that it is both wrong and dangerous to believe that the majority population will tacitly refrain from exploiting the power inherent in identity politics if the trend continues. This applies even if “political mobilization on the basis of group affiliation is contrary to classical modernization theory”.

Returning from Germany, the author turns his attention to more domestic funnels, and we understand that the concept of ruin is also meant to serve as a metaphor for the spiritual climate. Although the Germans are in a special position when it comes to suppressing anything reminiscent of nationalism, Norwegians do not go out of their way to sacrifice their own culture and history on the altar of identity politics. The director of the Museum of Cultural History, Håkon Glørstad, is cited as an example of this attitude. In Klassekampen, he stated that it was better for Norwegian cultural treasures, such as Kongshornet, to remain in Danish hands – as a timely reminder for Denmark about how the country acted as a colonial power.

The need for mystery

It is no coincidence that the book concludes with a visit to what is the last remnant of Byzantium, the autonomous monastic state on the Macedonian peninsula of Athos. While François, the cynical protagonist of Michel Houellebecq’s “Submission,” abandons the attempt to find meaning in the frugality and worship of monastic life, the author Toje is far more positive about the same. The reason may be that it is precisely there, on Athos, that he regains some of the importance that the Europeans have lost. The monks there are no strangers to their own culture and history, nor have they thrown away their metaphysical tradition. The need for mystery does not necessarily go away. Without religion, politics takes on a quasi-religious character, he claims.

Toje has taken the title from the poem “Våluspå”, which is one of our main sources for medieval Norse mythology. Here the gods rule the world with their mysterious game, with pieces of gold. The gold and the pieces are stolen, and in desperation the gods break their oath and create the dwarves, but they cannot stop the decay. After Ragnarok, the surviving gods find the gold pieces again. The game can start again. Europe is reflected in this poem: Magnificent, marvelous and unpredictable. Shaky, possibly. But not at all hopeless. 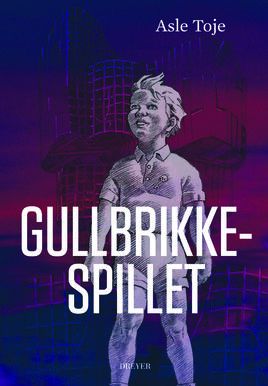 Sold from Dreyer’s publishing house and in Norwegian bookstores. 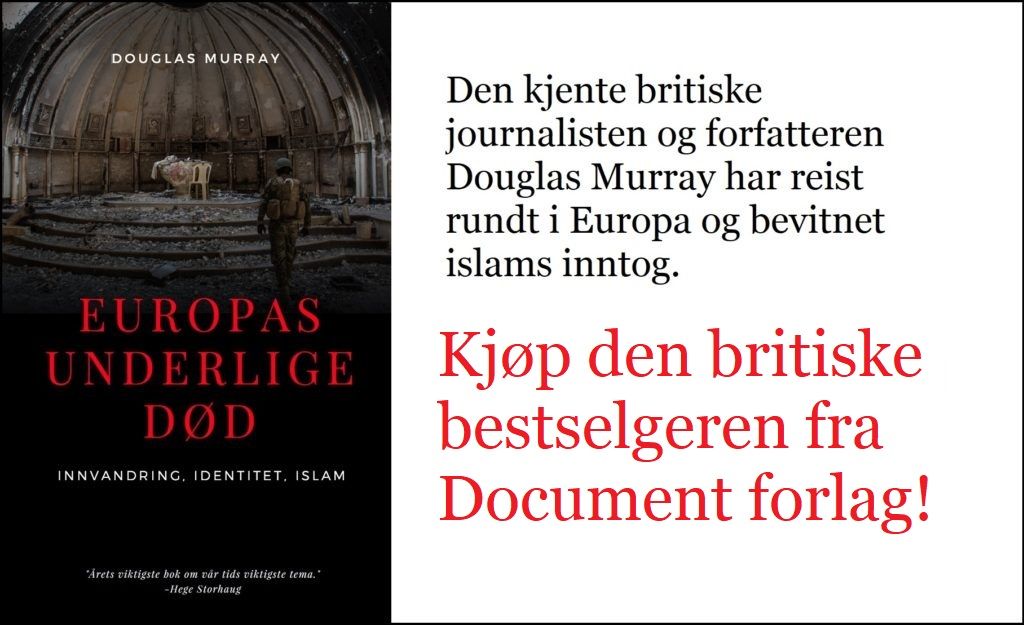 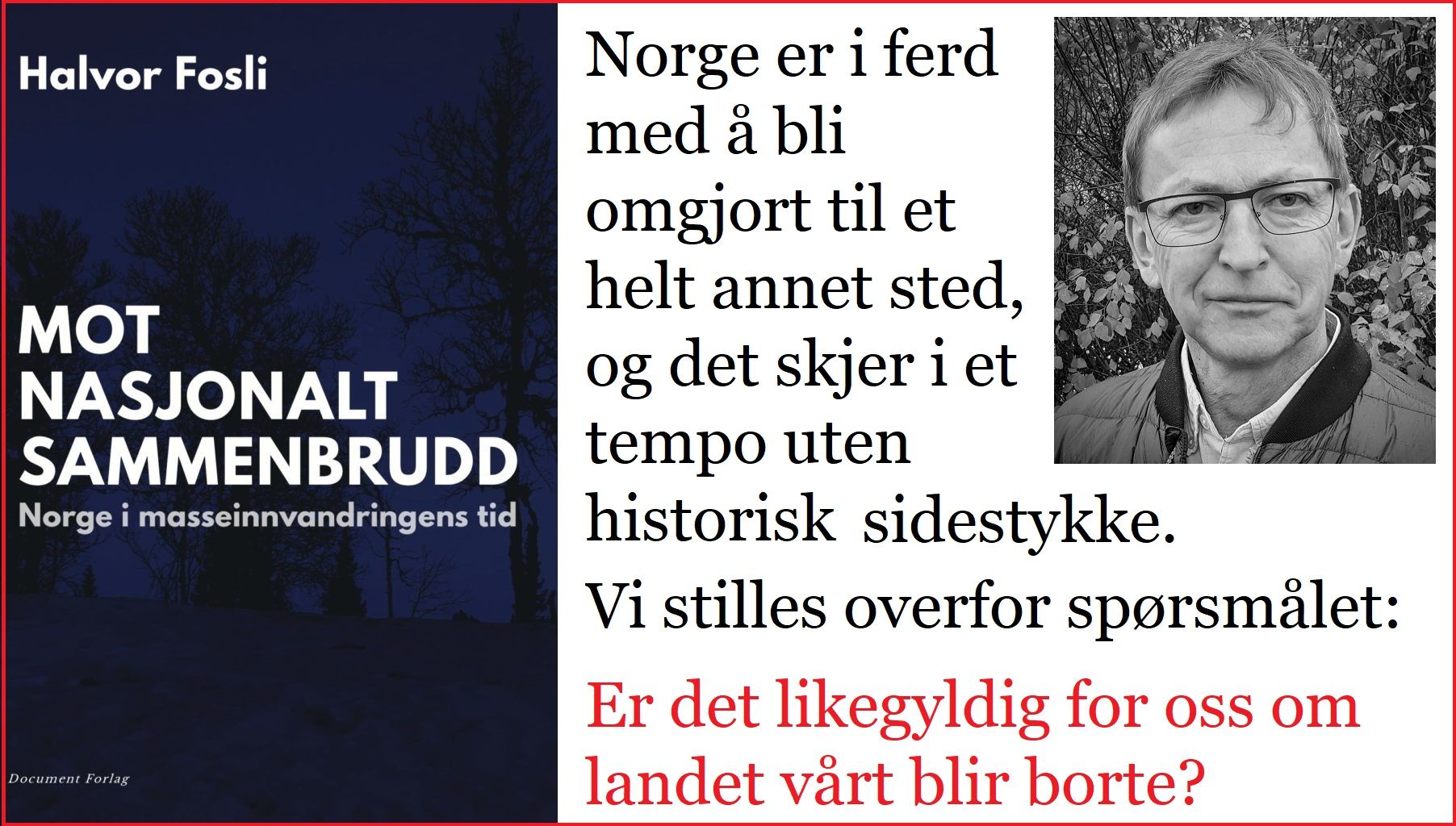 These were the details of the news Travel letter from a modern ruin – Document for this day. We hope that we have succeeded by giving you the full details and information. To follow all our news, you can subscribe to the alerts system or to one of our different systems to provide you with all that is new.

PREV Cuomo's accusers speak of harassment, humiliation, shock and fear
NEXT The first comment from Muhammad Ramadan after Amr Adib was fined...