Thanks to a remote controlled replica of Mario Kart equipped with a video camera, Nintendo has managed to create an augmented reality experience that is both simple and truly immersive. We tested this game which combines real and virtual to transform the living room into an auto racing circuit.


[EN VIDÉO] Visit the supermassive black hole in the heart of the Milky Way in virtual reality Exploring the heart of our galaxy as if you were there is now possible thanks to a new VR experience combining the cutting edge of astronomical observation and computer science.

We have been promised for years that virtual reality and augmented reality will upset our ways of working, learning, entertaining ourselves or even interacting with our smartphones and computers. But it is clear that the revolution is long overdue. The equipment is still expensive, restrictive (helmets, glasses more or less bulky) and the applications or games for the moment too few and varied to appeal to a large audience. And yet, Nintendo has just brilliantly demonstrated how the augmented reality can transform our approach to video games, by merging the real and the virtual in an unprecedented way.

Launched recently, the Mario Kart Live Home Circuit kit offers owners of a Nintendo Switch console to transform their interior into a racing circuit where they run a remote-controlled version of the car from the famous plumber. Equipped with a camera, the replica is connected in Wi-Fi with the Switch and films its movements in real time. Everything is transmitted to a special version of Mario Kart that we download for free. The kit costs 100 euros.

The game consists of driving your kart in an immersive view on a circuit that you have previously drawn in your living room or other rooms. Obstacles must be avoided physical while taking on virtual competitors and a variety of spells and pitfalls that Mario Kart fans are familiar with (Piranha Plants, Thwomps, bombs, carapaces of tortoise…).

We tested Mario Kart Live Home Circuit with our two children aged 8 and 11. Let’s admit that when we opened the box and launched into the installation, we were convinced that we had to go through a long and tedious process as the technology at work seemed so sophisticated to us. Fault ! Less than ten minutes later, we were already immersed in our first race, slaloming between the dining room table, the lounge chairs and many obstacles that we had taken pleasure in disseminating throughout. along the way. The ease with which this technology is tamed and forgotten is impressive. The video game is there, alive, in the living room, and the craze is immediate.

On the left, the Mario Kart circuit without its virtual effects. On the right, we see how augmented reality transforms the setting and mood of the game. © Marc Zaffagni

In the box, in addition to the kart with Mario (also exists in a version with Luigi), there are four gantries and two cardboard arrow signs which are used to mark out the key points of the circuit. Then, it must be traced virtually by rolling the kart for the first time on the course, so that it is recorded by the console. You can change your circuit between each race if you wish, provided you repeat the operation just described. It is possible to play with the Switch in portable configuration or on the TV. The Nintendo Switch Lite is also compatible.

Mario Kart Live offers the same options as the classic version, with your choice of custom racing, time trial or Grand Prix mode with 8 cups and 24 races against virtual characters from the game. Each time, the virtual setting , obstacles and collectables change. They appear all along the circuit, flatten out against the cardboard gates, skillfully blurring the line between the real and the virtual. The effect is all the more bluffing as the low blows of the adversaries and the spells which litter the circuit result in a real impact on the kart which will slow down or even stop. Likewise, the four modes of speed available (50 cc, 100 cc, 150 cc and 200 cc) are felt physically. Moreover, driving in the 150 or 200 cc configuration requires a lot of skill to avoid accidents ! The feeling of speed in the game is very close to classic Mario Kart.

Besides the technical prowess, one of the things that we liked about Mario Kart Live Home Circuit is how spectators can invite themselves into a race and put their two cents in, for example by adding or moving a physical obstacle. or by being filmed by the camera as the kart passes. Usually, watching someone play Mario Kart without participating is nothing to write home about. There, we can literally enter the game and this emergence can be the source of sacred shared laughter.

How long will the “wow” effect last?

This is the question that arises and to which we do not yet have an answer. For now, Mario Kart Live Home Circuit is the new attraction that has taken over the other Switch games at home. But will it last long? Although Nintendo has really tried to offer a maximum of variety by allowing you to freely design your circuit and by offering bonuses (new skins for the character, new vehicles and scenery …), we can feel an inevitable repetitive aspect.

Another somewhat blocking point, you have to take care not to exceed the five meters distance between the console and the car under penalty of losing the connection. Suddenly, impossible to afford a little delirium by inventing giant circuits that cross the whole house, except to move from room to room, which is much less fun. We can also quibble about the fact that each must have his own console (Switch or Switch Lite) and his Mario Kart Live kit to be able to play with several (up to four people). 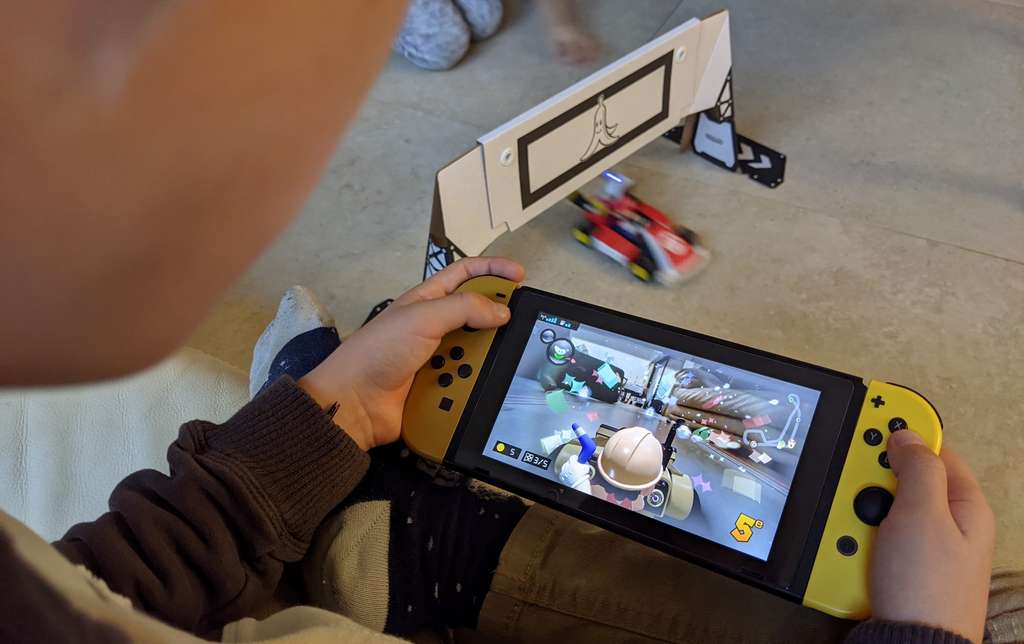 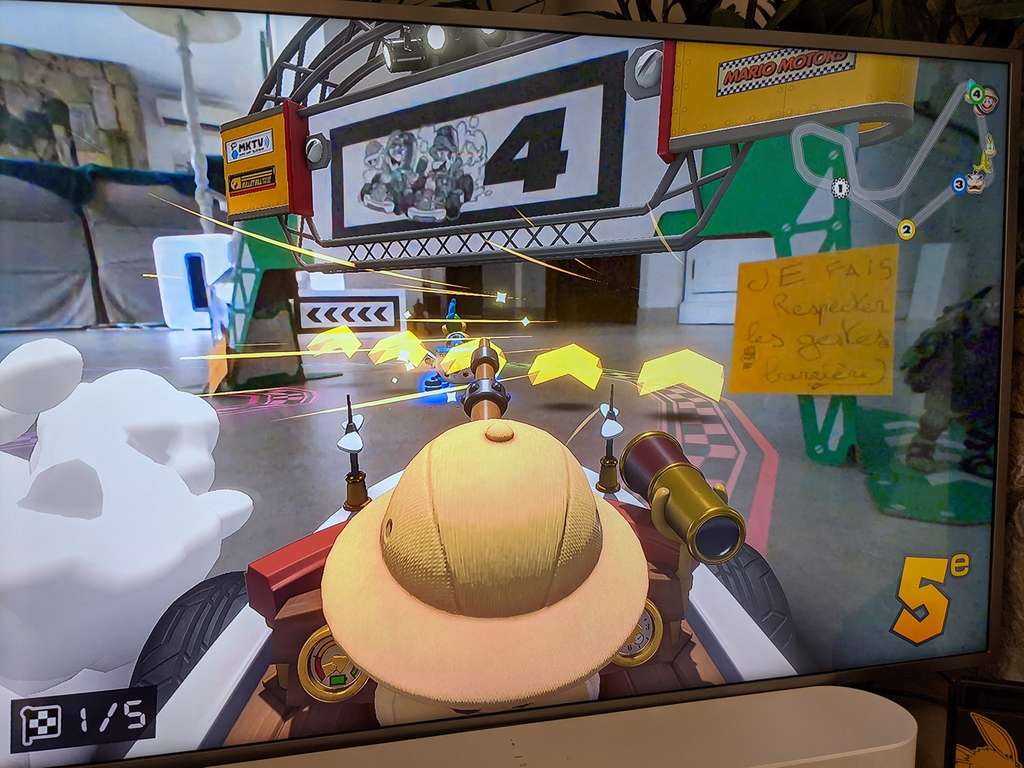 Mario Kart Live Home Circuit gives us a really compelling look at what the augmented reality can bring to a video game by merging it with our world. Nintendo has managed to make its technology completely transparent and intuitive, which is no small feat. An innovation that bodes well for tremendous developments in the years to come. If you own a Nintendo Switch and want to check out this window in the future, the price of 100 euros seems surprisingly affordable in view of the unprecedented experience that Mario Kart Live Home Circuit provides.

These were the details of the news augmented reality hits your living room for this day. We hope that we have succeeded by giving you the full details and information. To follow all our news, you can subscribe to the alerts system or to one of our different systems to provide you with all that is new.

PREV Libya tops Egypt’s group in World Cup qualifiers with a difficult...
NEXT FilGoal | News | A French talent coming into...