The support of personnel and medical products sent has been sent to Chihuahua to face an increase in COVID-19 cases and deaths (Photo: Henry Romero / Reuters)

The Secretariat of the National defense (Sedena) takes place this Sunday on sending a mobile hospital to the state of Chihuahua, in northern Mexico and on the border with the United States, one of the places where infections and deaths from coronavirus have intensified in recent weeks.

The mobile hospital is moved from the port of Acapulco, in the southern state of Guerrero, to Chihuahua, that is, a transfer of almost 1,500 kilometers that takes place from the first hour (local time) this Sunday day.

First, a Mexican Army trailer must be unloaded at the Acapulco International Airport. Afterwards, the team must be moved inside the Hercules-type plane that will carry the disarmed mobile hospital. This whole process can take little more than three hours and a half. 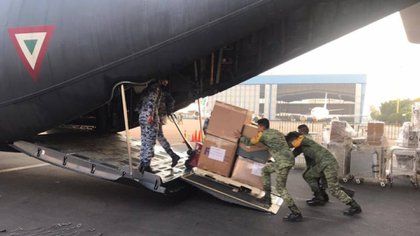 The load of the mobile hospital and its transfer to the north of Mexico implies a significant effort and time (Illustrative photo: Courtesy Sedena)

Later, the plane will travel directly to Chihuahuan lands. This flight it also takes about three and a half hours. Once in the northern state, the unloading of the equipment must be carried out towards a new trailer that will take all the content to where said mobile hospital will be established, which will take a time similar to loading.

According to the chain Televisa, the local authorities of Chihuahua are already waiting to receive the mobile hospital. The northern state is the first to return to a red epidemiological traffic light a week ago, where the alert is maximum due to infections and deaths of COVID-19.

Chihuahua had already passed the orange traffic light, high alert, but had to backtracking by identifying a sharp increase in cases and deaths in recent days, in line with the so-called “second wave” of cases that has put a large part of the American continent and the main European countries in check. 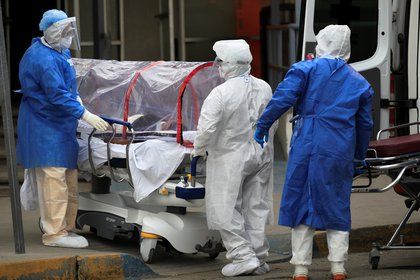 Chihuahua is the first state in Mexico to return to the red epidemiological traffic light since the institution of this format last June (Photo: Luis Torres / EFE)

This Saturday, the general director of Mexican Health Promotion, Ricardo Cortés Alcalá, reported in a press conference that Chihuahua accumulated eight out of 10 deaths from COVID-19 nationwide in recent days. “Very focused on the situation in Chihuahua, because about 80% of the increase in people who have died are in that state, which has made us react,” he said.

In places like Juarez City, which shares a border with the American city Step, the situation has become one of the main health emergencies for the different levels of government in Mexico. Last week, a local doctor cited by Al Jazeera assured that they were “at 100%” capacity.

They are sitting in chairs because there are no beds, and instead of putting them on fans, we just have to give them oxygen and wait for them to get lucky. 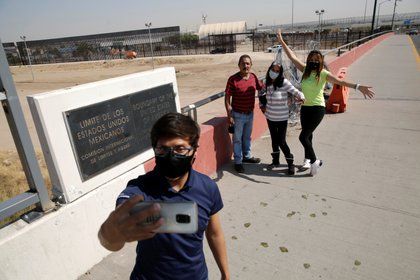 The border between Mexico and the US has been closed since March due to COVID-19 (Photo: José Luis González / Reuters)

The state of Texas, where El Paso is located, accumulates 900,596 accumulated confirmed cases and 18,024 deaths from COVID-19. The border city with Mexico alone has 48,885 infected people.

And is that the border between Mexico and the United States will remain partially closed at least until November 21, 2020. Since the end of March this year, both countries closed their borders for non-essential travel, that is, those for recreational or tourist purposes.

Mexico, at the national level, registered a total of 91,753 deaths from COVID-19 until this Saturday. In addition, there are already 924,962 confirmed infections since the beginning of the epidemic in the country, at the end of February. Of these, almost 678,000 people have recovered after contracting the disease.

MORE ON THIS TOPIC

Inside a military barracks converted into a COVID-19 hospital: “One more day is one less day, until the vaccine appears”

We are at 100% of our capacity, receiving patients on the verge of death “: the dramatic testimony of a doctor in Ciudad Juárez

Chihuahua on alert for COVID-19: this will be the strategy to support the first state that returned to the red light

These were the details of the news Sedena airlifted a mobile hospital to Chihuahua to treat COVID-19 patients;... for this day. We hope that we have succeeded by giving you the full details and information. To follow all our news, you can subscribe to the alerts system or to one of our different systems to provide you with all that is new.