A self-proclaimed “Wolf” dealer said he couldn’t repay his mother $ 750,000 despite living a luxury life – because he had to maintain his social media image.

Tyson Robert Scholz, 35, was ordered to repay his mother’s money after the court found he had used her savings to invest in a subway franchise that she had never owned.

His mother, Judith Gibbs, filed a civil lawsuit in the Supreme Court last year to get her $ 530,000 plus interest back on her 2013 investment.

35-year-old Tyson Robert Scholz (pictured left) appeared to have a lavish lifestyle, with a glamorous girlfriend, expensive foreign vacations, and a $ 320,000 Lamborghini, all of which featured regularly on his Instagram page

Mr. Scholz of Paradise Point appeared to have a lavish lifestyle on social media, with a glamorous girlfriend, expensive overseas vacations, and a $ 320,000 Lamborghini, all of which made regular appearances on his Instagram page.

However, after the court ordered him to pay his own mother the sizable amount under an investment agreement, Scholz said he had unemployment benefits with a reported income of 44 cents per fortnight.

Mr. Scholz has since deleted his ‘ASXwolf’ social media account.

The Queensland Supreme Court heard, in a transcript of a telephone conversation recorded as evidence, extraordinarily new details of the negotiations between the stock market guru and Shine Lawyers acting for his mother. 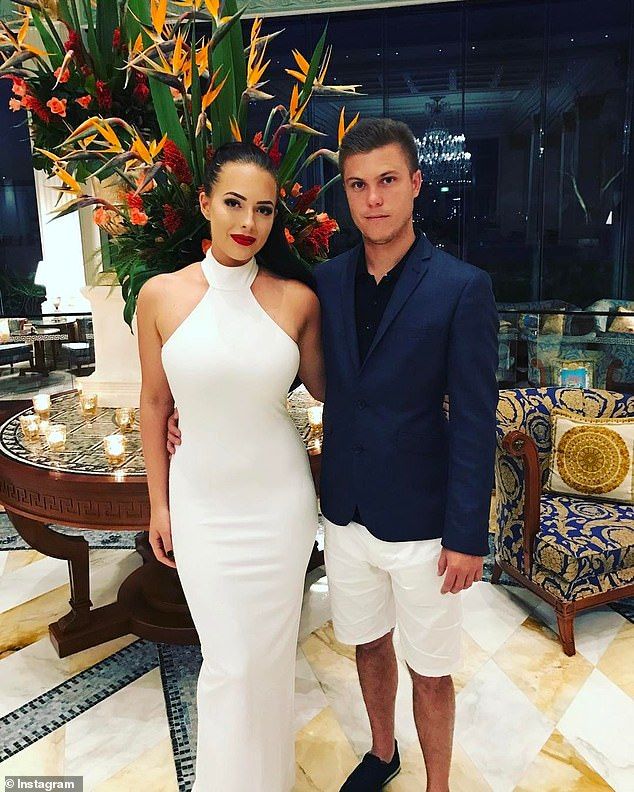 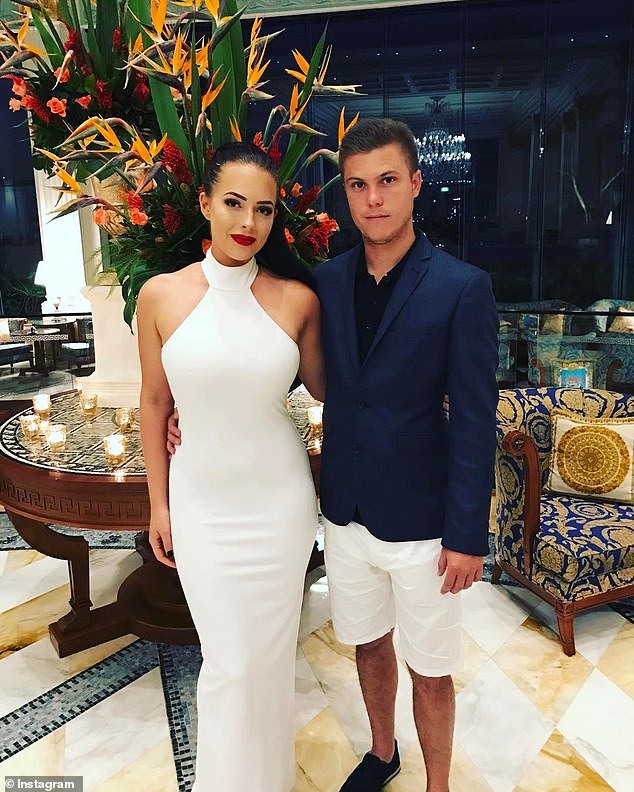 The protocol shows Mr. Scholz said he needs “$ 2,500 a week” and “needs to maintain his lifestyle for image,” the Gold Coast Bulletin reported.

During the conversation he offered to pay his mother $ 150,000 to settle the dispute with money he earned on the stock market.

The lawyers suggested that by selling the shares that Mr. Scholz said he had to maintain his expensive image in order to continue holding stock market seminars, he would bring in more than that.

“I have an expensive taste,” he said in the protocol.

Mr Scholz said he likes to go out to eat and buy clothes because “that’s what social media is about”.

“Even if it was $ 220,000 (the value of stocks), I can still use my own money to buy and do things,” he said on the record, according to the Gold Coast Bulletin.

“If I buy a watch tomorrow, a $ 50,000 watch…. I have to maintain the lifestyle for the image for selling the material. ‚ 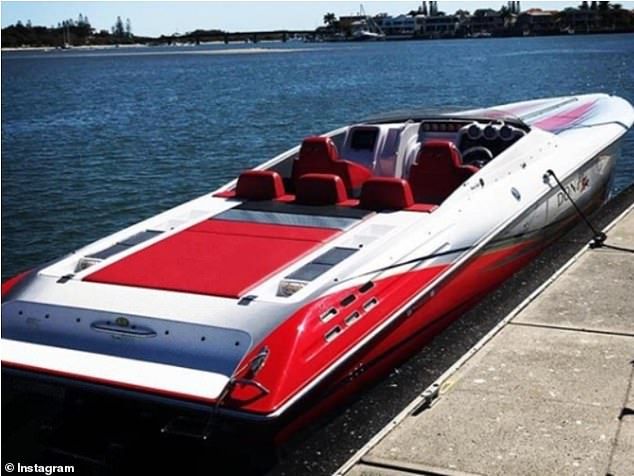 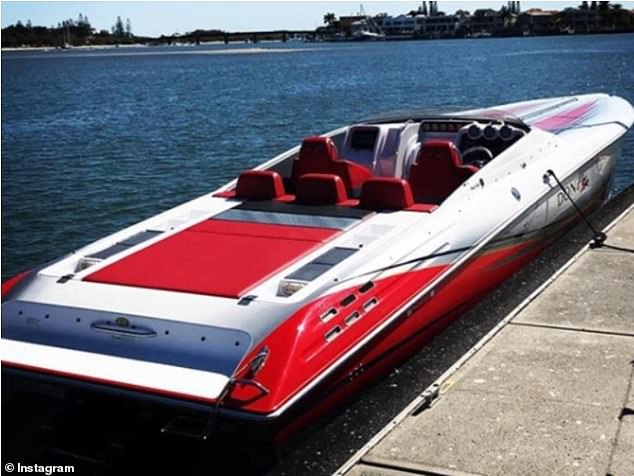 Mr Scholz said he was broke before issuing a $ 5,000 gasoline receipt after riding that speedboat 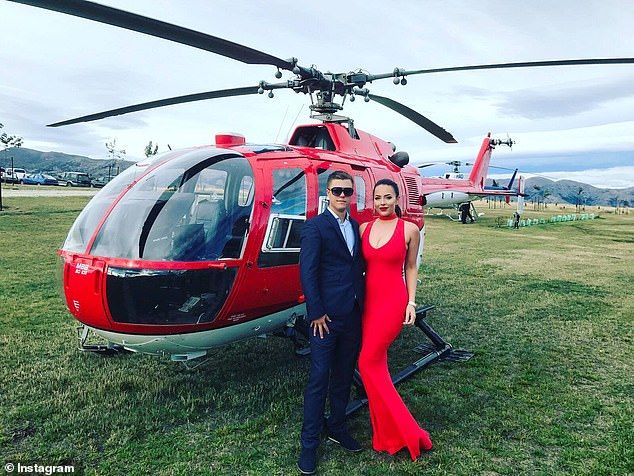 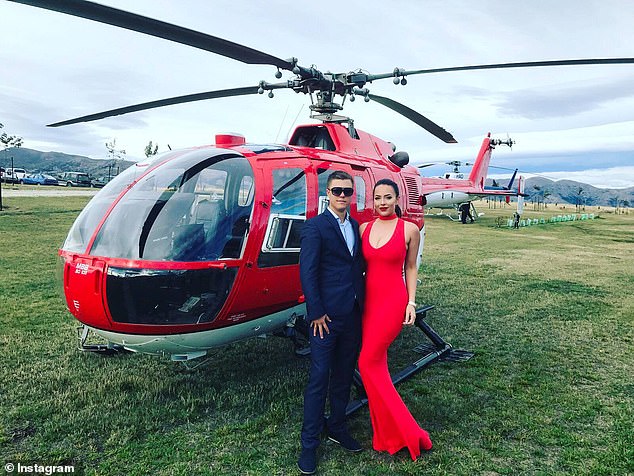 He told Shine Lawyers the yellow Lamborghini was on rental despite posting social media posts claiming to have paid more than $ 300,000 for the car.

In the transcript he said he only had the license plate: ‘ASXBULL’.

The conversation took place in the days before Mr Scholz started a law firm himself, the Gold Coast Bulletin reported.

He has since hired a law firm and his attorney Marcin Lazinski told the Gold Coast Bulletin on Saturday night that the dispute has now been amicably resolved.

Shine lawyers, who worked for Ms. Gibbs, tried to freeze Mr. Scholz’s property after a writ of execution was issued to get back the money he owed his mother when they offered the minutes as evidence.

Earlier in court, documents revealed that Mr Scholz had claimed in October 2019 that he could not afford a plane ticket from Sydney back to the Gold Coast and requested Centrelink payments to buy groceries.

Just days later, he posted a picture on his ASXWolf social media account of a $ 5,000 fuel bill for a Gold Coast speedboat and other pictures claiming he was enjoying “the Gold Coast sunset.” “. 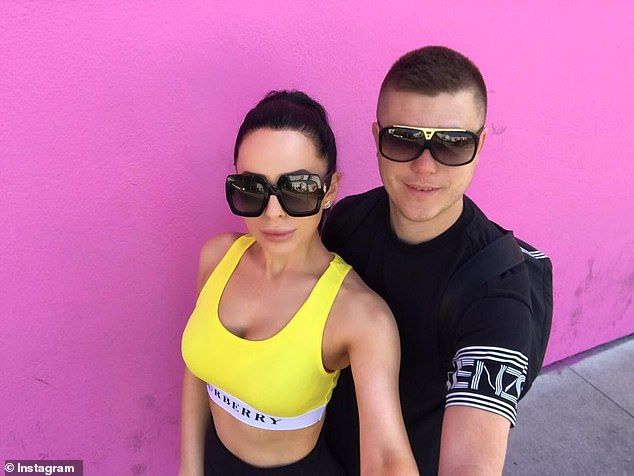 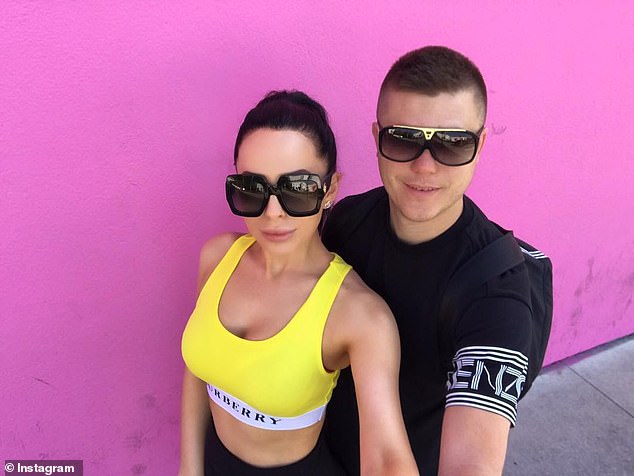 After a court ordered him to pay his own mother $ 750,000, Scholz said he had unemployment benefits with a reported income of 44 cents per fortnight 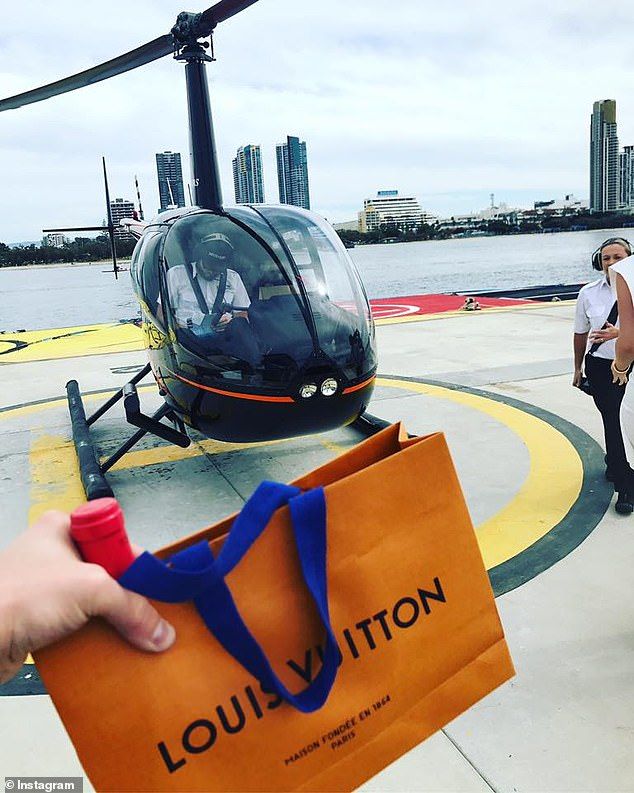 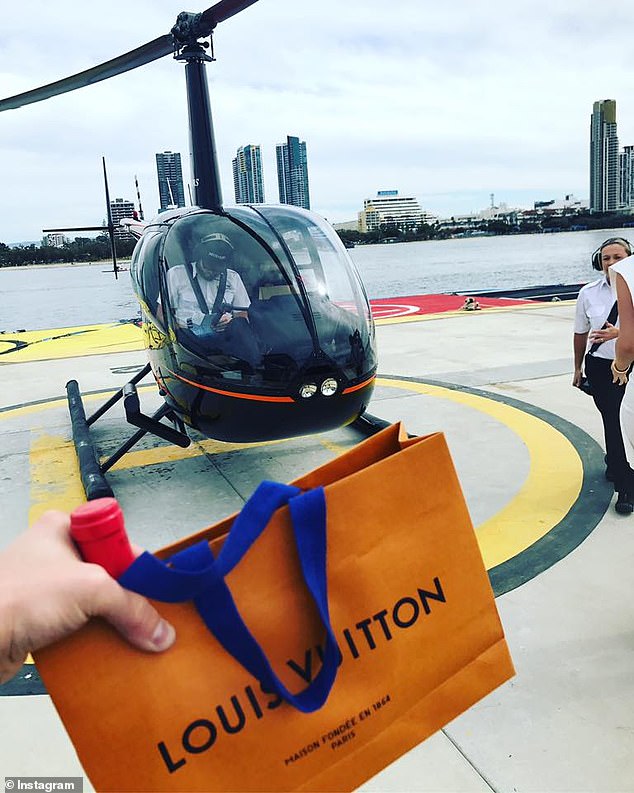 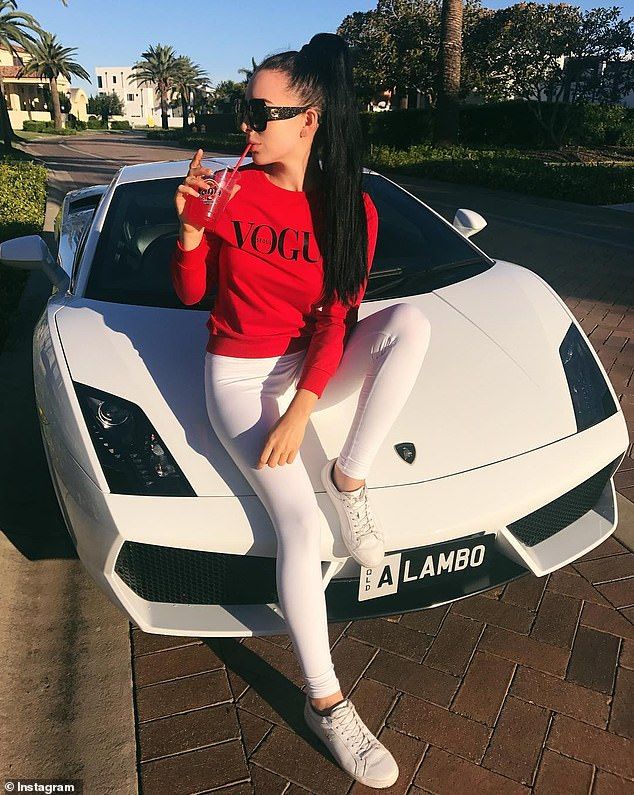 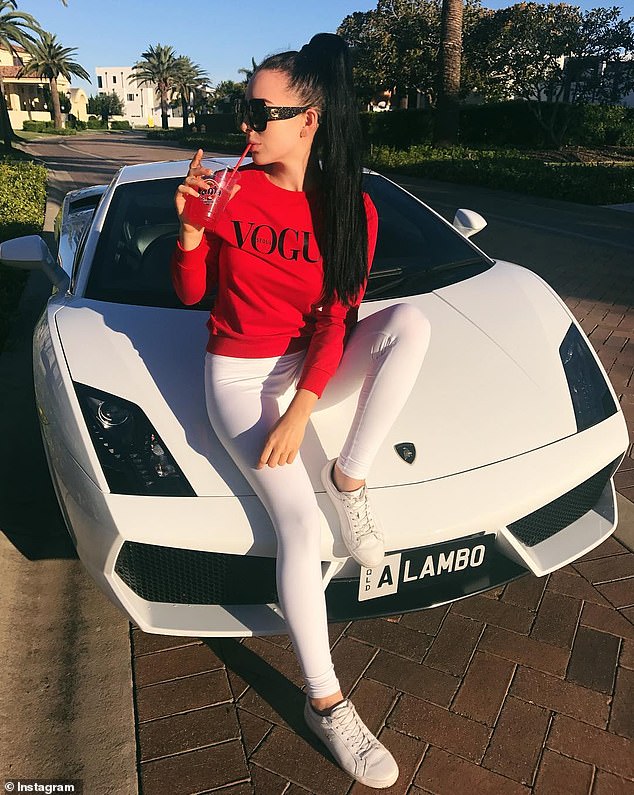 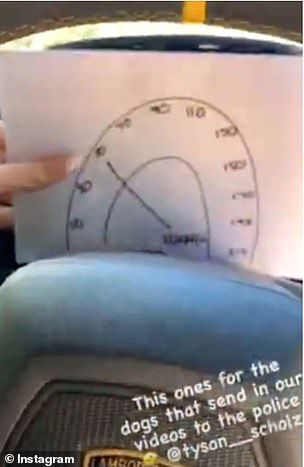 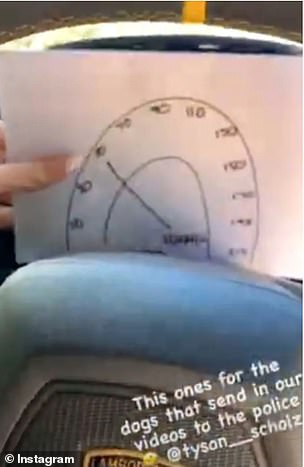 In the weeks that followed, he wrote for over a day on a jet ski near the Gold Coast Sea World theme park, posting to his thousands of followers posting tips and investing in stocks.

In early October, the Brisbane Supreme Court issued an enforcement warrant to prosecute the $ 750,000, with some of Mr. Scholz’s social media posts advertised as evidence.

When Mr Scholz, who already owned three underground stores, bought the new business, he did not transfer the ownership to his mother’s name, but kept it under the title Gold Coast Investments Pty Ltd.

Six years later, his mother hadn’t received a penny from the business, which is why she initiated legal action through Shine Lawyers in 2019.

Both Mr. Scholz and Gold Coast Investments were named as defendants in the lawsuit and did not attempt to defend the case.

In March, the Brisbane Supreme Court granted Ms. Gibbs the amount of her investment plus interest, discounting $ 80,000 on a Mercedes C63 purchased with proceeds.

This was followed in October by the enforcement order warning “Failure to comply with this warrant may constitute contempt of the court” and lead to the seizure of assets.

In early October, a yellow Lamborghini associated with Mr Scholz was confiscated by the police after being involved in several speeding violations.

These were the details of the news Lamborghini-driving wolf dealer says he cannot repay his mother $ 750,000... for this day. We hope that we have succeeded by giving you the full details and information. To follow all our news, you can subscribe to the alerts system or to one of our different systems to provide you with all that is new.