Two days later, the money went from PACs to an Orlando-area printing and advertising company.

Soon after, came a torrent of nearly identical political aviators, seemingly intended to siphon support from Democratic candidates by getting voters to vote for the so-called spoiler candidates who showed no real interest in getting elected. None, for example, participated in typical campaign activities or raised significant funds.

In one instance, the mailers appear to have helped a Republican – a co-founder of Latinas For Trump – topple the incumbent Democratic president in a state Senate race by a tiny margin of just 32 votes.

The situation, which has been making headlines in Florida for weeks, has all the makings of a “black money” mystery in the Sunshine State.

Among the key questions: What exactly is Proclivity and what was the purpose and desired effect behind its generous contributions to the two emerging PACs? And why did these PACs support unknown candidates with no party affiliation and no real chance of winning?CNN has learned that Proclivity was established in Delaware in 2019. Its chairman is listed in its corporate documents as Richard Alexander. Attempts to reach Alexander failed; the company’s phone number no longer works and its listed address is a UPS store in Atlanta. Store staff confirmed Proclivity had a mailbox, but declined to provide additional information, citing customer confidentiality.

While Proclivity’s money paid for advertising pointedly targeting Democratic voters, it passed through a pair of PACs, one of which has ties to a young Republican political strategist named Alex Alvarado. Alvarado’s stepfather is the president of the company paid to print the flyers. The company is run from a house in the Orlando area that Alvarado’s stepfather and mother own, according to records.

Alvarado, a former congressional intern and entrepreneur, declined to be interviewed for this story. Records show that his company, Alvarado Strategies, has been paid over $ 267,000 so far this year for his political work.

The two Florida PACs that received Proclivity’s contributions were both registered on the same date and time – Oct. 2 at 11:34 a.m., according to documents from the Florida Elections Division.

PACS are each chaired by women in their twenties who appear to be new arrivals on the political scene. Neither woman responded to multiple messages left for them at the phone numbers listed for the PACs. Attempts to reach them by various other means have failed.

Sierra Olive, who is listed as president of Our Florida PC, previously shared an address with Emily Leiva, the woman Alvarado currently owns a home with, according to records. Olive posted a photo of herself and Leiva on Facebook in 2017 with the caption “Favorite Human”. 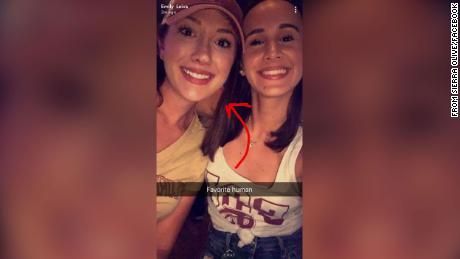 Leiva did not respond to multiple requests for comment.

Some of the flyers paid for by Our Florida PC and The Truth PC contained identical language referencing quintessentially Democratic themes such as repairing health care, tackling climate change, and speaking the truth to power. They have aired in at least three State Senate races in which an unaffiliated candidate ran in addition to a Democrat and a Republican.

In South Florida’s race with the Latinas for candidate Trump, the alleged spoiler candidate had the same last name – Rodriguez – as Democratic incumbent Jose Javier Rodriguez. 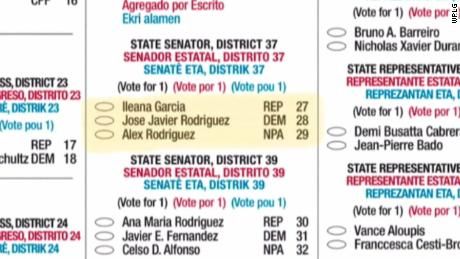 Although he has no known history in politics and has not campaigned actively, Alex Rodriguez garnered over 6,000 votes. Asked by a Miami TV reporter after the election, Rodriguez lied about his own identity, according to WPLG, a CNN affiliate in South Florida.

Rodriguez was charged with two counts of grand theft felony in 2012, court records show. He pleaded guilty, although the trial of the charges has been stayed, according to the documents.

In another case, Miami attorney Juan A. Sanchez said Rodriguez disappeared after paying only a portion of what a judge ordered him to pay a client in a dispute involving a check worthless.

“We couldn’t find him,” said Sanchez, who said Rodriguez was eventually found alive in Boca Raton, Florida. “He said, sobbing, that he was broke and had no money. ”

The lawyer said he found it hard to believe Rodriguez had seriously sought to become a state senator.

“It would be something incredible,” he said. 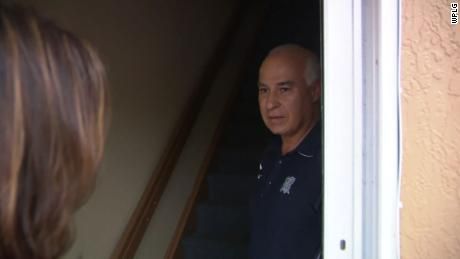 Alex Rodriguez did not respond to CNN’s request for comment. His lawyer, William Barzee, declined to comment.

Jose Javier Rodriguez, the outgoing state senator who lost by 32 votes, called for an investigation into the candidacy of Alex Rodriguez and who is behind.

“Democracy requires transparency,” he said in a video shared with the media, “and to achieve that, I think this election warrants a thorough investigation”.

Ileana Garcia, the newly elected Republican state senator, answered questions from CNN about her involvement – if any – in the other Rodriguez’s campaign.

“I will not let this tantrum distract from the important work ahead,” Garcia said, in part, in a statement.

Erin Isaac, who serves as a spokesperson for both Garcia and the Florida Republican Senate campaign committee, said the committee had no connection with Alex Rodriguez’s candidacy.

“Do we have something to do with this? My answer is no, ”she said. 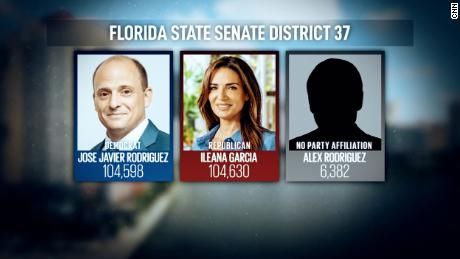 The Miami Herald, citing “knowledgeable sources,” reported last week that Miami-Dade prosecutors have opened an investigation into Alex Rodriguez’s candidacy. A spokesperson for the office declined to confirm or deny the existence of an investigation with CNN.

Ben Wilcox, research director for the non-partisan watchdog group Integrity Florida, said he has no doubts that someone leading a black money campaign has had an impact on at least one seat in the state Senate.

“Florida is so lightly regulated when it comes to campaign finance that it’s probably legal, but it really shouldn’t be,” Wilcox said. “This is a disservice to voters and it calls into question the integrity of our elections. “

These were the details of the news A mystery of black money in the race for the Senate for this day. We hope that we have succeeded by giving you the full details and information. To follow all our news, you can subscribe to the alerts system or to one of our different systems to provide you with all that is new.

NEXT Hamilton wins his 100th Formula One race