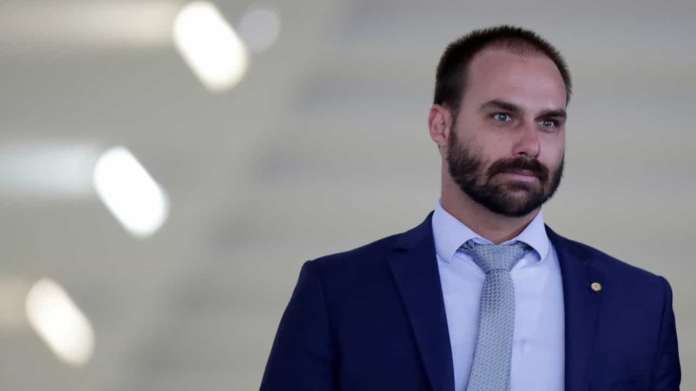 Zheng Zeguang argued that the two countries should “seriously implement the important consensus reached” by Chinese President Xi Jinping, and by the Brazilian President, Jair Bolsonaro.

The deputy minister referred to a telephone conversation between the two leaders in March, during which they undertook to “stabilize and expand the commercial partnership” between China and Brazil, the Chinese embassy in Brasilia announced at the time.

According to the statement, Paulo Estivallet de Mesquita guaranteed that Brazil is willing to work to “strengthen communication and coordination in international affairs” with China.

The meeting took place the day after the son of the President of Brazil and president of the Foreign Affairs Committee of the Chambertimes parliamentary low, Eduardo Bolsonaro, having published – and later deleted – a ‘tweet’ in which he accused the Chinese Communist Party of spying and of being “enemy of freedom”, regarding the implementation of 5G, the fifth generation of telecommunications.

In response, the Chinese Embassy accused Eduardo Bolsonaro to produce “infamous statements” and “lies”. “We filed a formal complaint with Brazil through diplomatic means,” the embassy said in a statement.

During the meeting with the Brazilian ambassador, Zheng Zeguang also called for the strengthening of bilateral cooperation in the fight against pandemic from covid-19.

Jair Bolsonaro has shown opposition to the possible use in immunization campaigns against the new coronavirus gives Coronavac, potential vaccine produced by the Chinese laboratory Sinovac, whose clinical trials are taking place in Brazil.

The Brazilian President even celebrated the momentary suspensionnea tests Coronavac in 10 of November, after the death of a volunteer for reasons unrelated to the vaccine.

*The article has been translated based on the content of Source link by https://www.noticiasaominuto.com/mundo/1634658/china-chama-embaixador-apos-tweet-de-filho-do-presidente-do-brasil
. If there is any problem regarding the content, copyright, please leave a report below the article. We will try to process as quickly as possible to protect the rights of the author. Thank you very much!

These were the details of the news China calls ambassador after tweet from son of President of Brazil for this day. We hope that we have succeeded by giving you the full details and information. To follow all our news, you can subscribe to the alerts system or to one of our different systems to provide you with all that is new.

PREV Abu Dhabi Police enhances students’ safety with a “safe return to...
NEXT FilGoal | News | A French talent coming into...