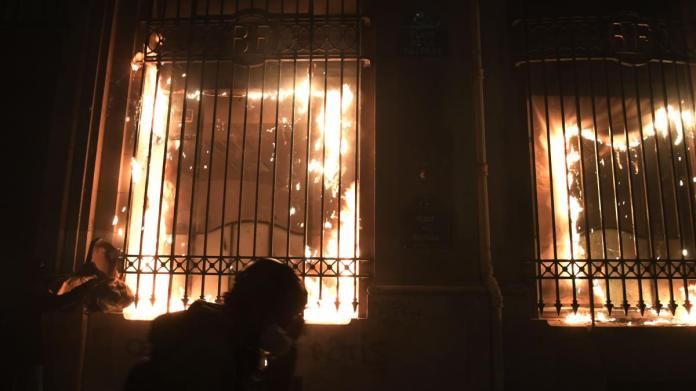 A law in France aims to restrict video recordings of police operations. Then cases of brutal police violence are exposed again. In numerous cities, people make their anger heard. There are also riots.

Mor more than a hundred thousand people across France protested against a planned law to protect police officers. Riots broke out on the sidelines of a demonstration in Paris: A small group of protesters hurled cobblestones at police officers, who in turn responded by using tear gas. The organizers of the protests even announced 500,000 participants across the country. The French Interior Ministry spoke of 133,000 demonstrators across the country and 46,000 participants in Paris.

There was scuffle in Paris. Some then set the central bank facade and police barricades on fire. In the turmoil, the fire brigade found it difficult to get to the scene of the riots.

Paris police said 46 people were arrested and 23 police officers injured. There were also clashes in the Breton city of Rennes, and the police used tear gas. 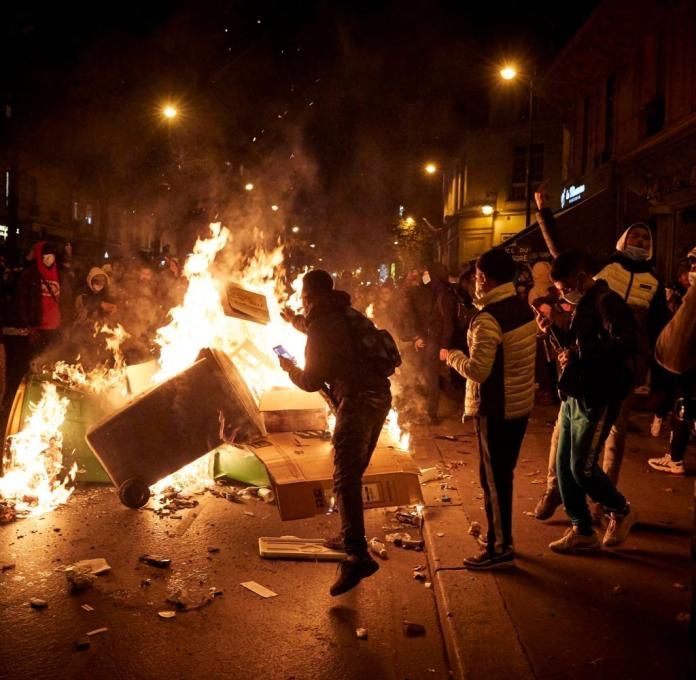 In the rest of the country, the dozen rallies remained largely peaceful. The protests are directed against a draft law that is said to criminalize the publication of photos or videos of police officers on duty if the intention is to violate their “physical and psychological integrity”.

The government of President Emmanuel Macron considers the law to be necessary to protect officials from threats and attacks by violent marginalized groups. Civil rights groups, journalists and victims of police violence fear that the measure could curtail press freedom and mask brutal actions by security forces.

Recent cases of police violence in France have made the debate more explosive. On Thursday, video images of officials beating a black music producer in Paris appeared. Macron himself was concerned and said that the recordings “put us to shame”. And just recently, pictures of the brutal evacuation of a migrant camp by the Paris police caused massive criticism.

These were the details of the news France: Bank in flames – chaotic scenes during protest against police... for this day. We hope that we have succeeded by giving you the full details and information. To follow all our news, you can subscribe to the alerts system or to one of our different systems to provide you with all that is new.

PREV A recent study on the Pfizer-Biontech vaccine may shock the vaccinators!...
NEXT Al-Masry announces his contract with the Palestinian national team striker