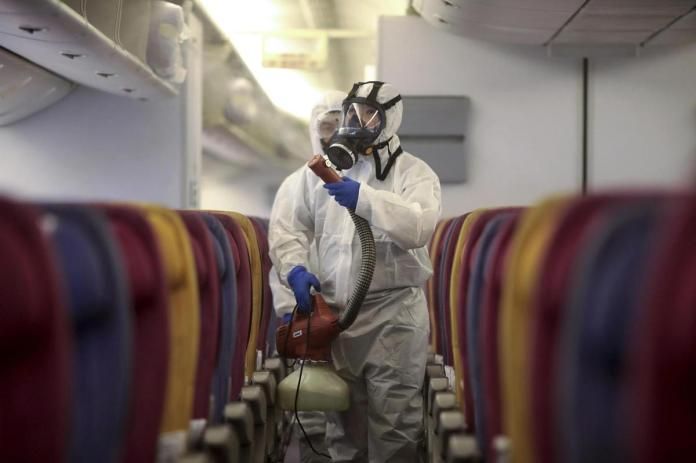 The airlines actually hope to be able to avoid the quarantine obligation thanks to rapid tests. A new study from New Zealand shows that this is not that easy.

An Emirates flight from Dubai to Auckland in New Zealand on September 28th. 86 passengers were on board. After the 18-hour flight, seven of them tested positive for the coronavirusand, reports the “SonntagsZeitung”. It was infected by a passenger from Switzerland – even though he had shown a negative test and it was mandatory to wear a mask on board.

For the airline industry, the case means a setback. Your recovery only works if the passengers get on a plane carefree. And actually, at least that’s what airlines, aircraft manufacturers and the airline umbrella organization Iata preach, air travel is also safe. According to the so-called Hepa filter, the air on board should be cleaner than in operating theaters. Before and after the flights, specialized crews disinfect the cabins so that viruses and bacteria don’t stand a chance.

Missed the New Zealand study according to the newspaper put a damper on all that optimism. Nobody really did anything wrong. And it was only thanks to quarantine that the virus did not spread.

The couple, who came from Switzerland, had a negative corona test on September 24th. On September 27th, they flew from Zurich to Dubai to transfer to Auckland. After landing, the passengers went into the legally required quarantine. And then one of the travelers suddenly developed symptoms. Shortly afterwards, they also burdened the partner.

As the “SonntagsZeitung” reports on, seven other infections were found. The authors of the study found evidence of the path of infection from genetic fingerprints of the viruses found. What the investigation also showed: All infected passengers sat close together: a maximum of two rows in front of or behind the Swiss couple.

The incubation period is still not clearly determined and it can take much longer for symptoms to develop. It can help to take a test as soon as possible before departure. According to the newspaper, this is also what the Swiss hope for.

Do you or someone you know have trouble with the corona time?

These were the details of the news Flight Dubai – Aukland: Swiss infected seven passengers – despite mask... for this day. We hope that we have succeeded by giving you the full details and information. To follow all our news, you can subscribe to the alerts system or to one of our different systems to provide you with all that is new.

Dubai and Abu Dhabi real estate prices rise 4% during the...

“Dubai Gold and Jewelery” launches “Diwali 2021” with the participation of...

Regulatory framework for digital financial assets for investment in Dubai