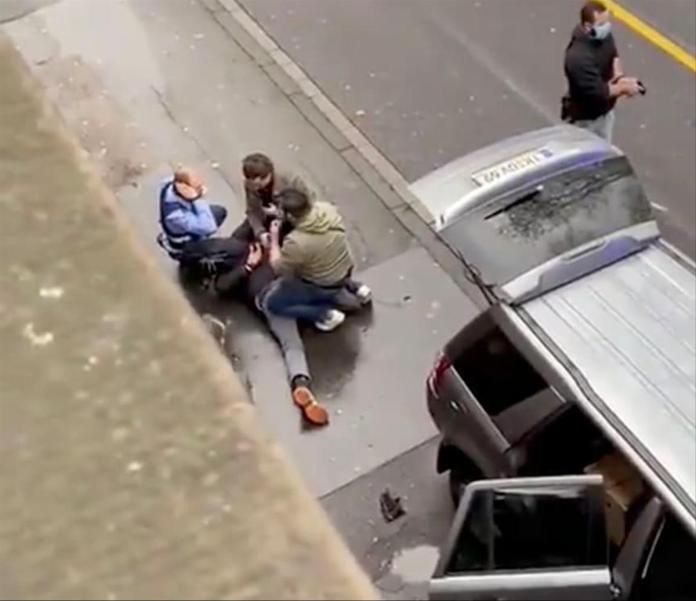 In the city center of Trier, 51-year-old Bernd W. ran over several people. Four died – including a baby. The gunman’s neighbors describe him as a “strange individual”.

A terrorist attack or a politically motivated act seem ruled out: The German authorities have no evidence of a political background to the incident in Trier with at least four dead and several injured. The driver of the car who caught several people in the pedestrian zone is therefore not classified as a hazard.

However, the driver was very specific about his victims. The Interior Minister of Rhineland-Palatinate, Roger Lewentz, said on Tuesday evening at a press conference: “The zigzag lines were specifically chosen to look for people and to hurt them.”

According to “Focus”, the alleged gunman is 51-year-old Bernd W. Neighbors identified the man based on the license plate number of his SUV. A witness also said that he recognized Bernd W.’s shoes in the picture of the arrest. “That’s why I know that it was him – definitely.”

“He lived into the day and drank”

A neighbor who saw the young Bernd W. grow up for years describes him as a “strange individual”. “But I often heard him scream when there was an argument at home. He was quick-tempered, sometimes aggressive, ”said the witness. Another woman said: “He was weird, but I would not have believed him.”

After selling his parents’ house, W. moved away from the Trier-Saarburg district. Several people who knew him said that he had changed homes and worked as an electrician. Most recently W. was unemployed and lived in his silver SUV.

He had a girlfriend who was much older than him. «He lived into the day and drank. That was his life », described a local resident. Within a year W. had spent all the money from selling the house.

Bernd W. is also said to have had a drink in the kebab shop in his home community on Tuesday. «He was drinking with his doner kebab gear. He tore himself away, jumped into the car and drove to Trier, ”said an acquaintance to“ Focus ”.

It is still unclear whether W. had psychological problems. Residents in nearby Zewen claim, however, that the 51-year-old had an “unstable personality”. “He was beaten by his father from childhood and that didn’t pass him by.”

Shortly before his rampage, W. posted a farewell saying on Facebook: “My gravestone should read: Save your tears, where were you when I was alive?”

“The blackest day in Trier after the Second World War”

The shock in the West German city of Trier is deep on Tuesday evening. At Bernd Ws.’s rampage four people were killed – including a nine-month-old baby. The Mayor of Trier Wolfram Leibe said: “It is the blackest day in Trier after the Second World War”.

The gunman had hit people with an SUV and ran them over them. Leibe: «I just walked downtown and it was just terrible. It was a sight of horror. There’s a sneaker there … the girl that goes with it is dead. “

Lord Mayor Leibe thanked the emergency services. There were around 700 helpers in action after the fatal journey in downtown Trier, he said. It is not self-evident that the perpetrator could be caught after a few minutes.

An eyewitness told Focus: “I saw countless people jumping to the side, over 30 people were lying on the street, some of them motionless. The car felt like it was traveling at 70 to 80 kilometers per hour. The city center was very busy. From the back it looked like an SUV, it could have been a jeep. ” Another passerby said that the car caught children too.

In February, a 29-year-old German deliberately drove his car into the crowd in Volkmarsen, northern Hesse. Dozens of people were injured.

In 2019, a 50-year-old had hit people on New Year’s Eve in Bottrop. He was admitted to the closed psychiatry.

In 2018, a man raced into a group with his camper in Münster, and five people died. The perpetrator shot himself, the investigators assume a mental illness.

These were the details of the news Bernd W. (51): Trier driving amok was a loner who lived... for this day. We hope that we have succeeded by giving you the full details and information. To follow all our news, you can subscribe to the alerts system or to one of our different systems to provide you with all that is new.

A father offers his son for sale on Facebook… and an...