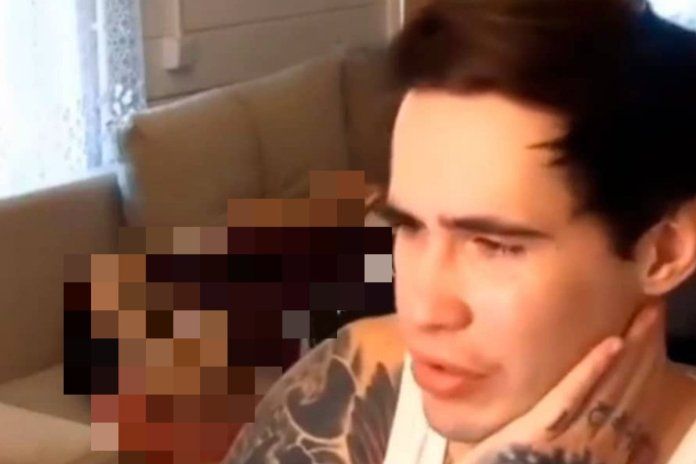 YouTuber lets pregnant girlfriend die in front of the camera

Death in the live stream: A Russian Youtuber was arrested because his girlfriend died during a live stream. His audience saw everything.

Russia – Death in the live stream: A Russian Youtuber was arrested because his girlfriend died during a live broadcast. He let his audience watch how slowly the life escaped from the pregnant woman!

Stas Reshetnikov, a 30-year-old Russian who is best known on the Internet under the stage name “Reeflay”, is said to have locked the 28-year-old Valentina Grigoryeva on his balcony during a live stream in the freezing cold.

As the British website “The Sun” reports, the pregnant woman only wears her underwear despite the freezing temperatures. Apparently, the streamer had received the equivalent of almost 900 euros from a viewer for the insane action.

While the camera continued to run, Reeflay brought his frozen girlfriend back into the apartment and tried to warm her up, but to no avail.

In the video recordings, which TAG24 does not want to distribute, you can see the woman lying on a sofa behind the visibly desperate streamer.

At some point, the 30-year-old gives his viewers the shocking message: “People, no pulse, she is very pale. She is no longer breathing.”

Both the woman and her unborn Baby died in front of the camera.

According to media reports, the live stream continued for two hours even after the death of the pregnant woman and showed, among other things, how doctors arrived and pronounced them dead.

Apparently, Stas Reshetnikov had previously abused his girlfriend as a victim in his live streams.

He is said to have shot her down with pepper spray to the amusement of his fans. A friend of the deceased testified that the live streams were repeatedly “full of violence” against the 28-year-old.

YouTube has now blocked the Russian’s channel for the time being and the police have arrested him. The investigators would now also investigate “other possible crimes” that Reeflay could have done to his girlfriend.

Should the coroners find out that Valentina Grigoryeva did indeed die from hypothermia, the 30-year-old could allegedly face up to two years in prison.

These were the details of the news YouTuber lets pregnant girlfriend die in front of the camera for this day. We hope that we have succeeded by giving you the full details and information. To follow all our news, you can subscribe to the alerts system or to one of our different systems to provide you with all that is new.