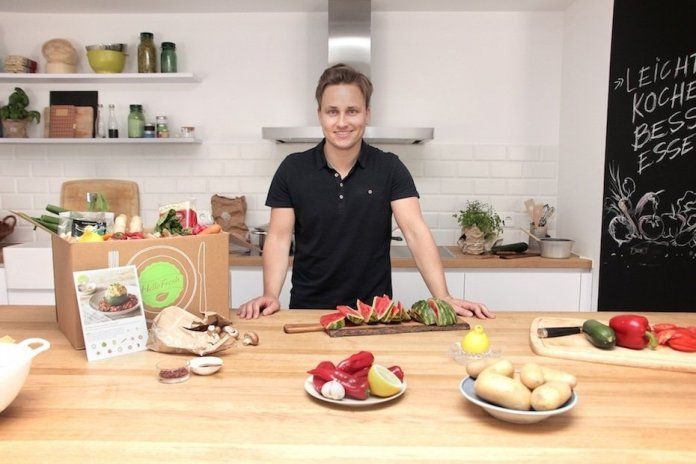 The Berlin company Hellofresh is one of the few unicorns on the German startup scene. The company sends cooking boxes to 16 countries. The boxes contain the recipes that the customers have selected online in advance and the appropriately weighed ingredients.

Hellofresh has a remarkable company history behind it, raised hundreds of millions of euros of capital and has already reached breakeven. Gründerszene has summarized the most important points in the company’s nine-year history.

Dominik Richter is the son of two Munich civil servants and studied at the elite university WHU, among others. His college friend Thomas Griesel grew up in Monheim am Rhein. During their bachelor’s degree at WHU, the duo built two companies – unsuccessfully. One of them was a restaurant marketplace similar to Delivery Hero, both of which had already been assured of investor funds. Instead of pursuing the idea, Griesel and Richter did their master’s degree. Griesel at the London Business School, Judge at the London School of Economics and Political Science. After graduating, the Munich native worked for the investment bank Goldman Sachs in London for over a year. After completing his master’s degree, Griesel hired a management consultant and worked at Dailydeal for a few months.

Jessica Schultz (nee Nilsson) is Swedish, studied at the Stockholm School of Economics and worked as a management consultant in London and Los Angeles before raising with Griesel and Richter Hellofresh.

The trio founded Hellofresh in November with capital and strategic support from Rocket Internet. Back then, as now, the company’s headquarters are in the Backfabrik in Berlin – an old industrial building from which many successful startups have emerged. HV Capital (formerly Holtzbrinck Ventures) and the Rocket partner at the time, Kinnevik, also join the company right from the start. The two VCs supported the majority of the early Samwer ventures with seed funding.

At the beginning of the year Hellofresh is delivering its first products in Berlin, initially in the form of cooking bags and later in cardboard boxes. In September the boxes were available throughout Germany. Vorwerk Ventures joined the startup at the end of 2012. Together with the previous shareholders, Vorwerk is investing almost eight million euros (ten million dollars) in the startup. Exactly one year after it was founded, Hellofresh employs more than 100 people and is also active in France, Great Britain, the Netherlands, Australia and the USA.

These were the details of the news Hellofresh company history: How Hellofresh rose to become a 10 billion... for this day. We hope that we have succeeded by giving you the full details and information. To follow all our news, you can subscribe to the alerts system or to one of our different systems to provide you with all that is new.

PREV Labib: Were you asleep when you agreed on a “rumor” that...
NEXT Fully vaccinated expats can return to Kuwait as of Sunday